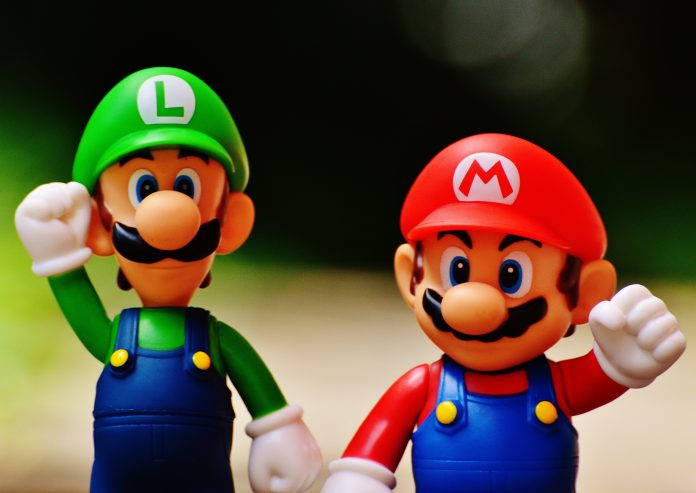 Oh, the Nintendo GameCube. For many people, it was a staple of sleepovers, after-school hangouts, and even college nights of blatant procrastination.

Was it the best Nintendo console of the last few decades? No, not at all.

But it did greatly improve on graphics and processing power, allowing for a whole new generation of colorful video games across nearly all genres.

Online gaming still wasn’t a viable option, and allowing for 4 (or even 8) players at a time made the gaming experience more inclusive and exciting.

In fact, since online gaming rose to prominence relatively soon after the release of the GameCube, we could even say that this was the golden age of couch multiplayer.

We’ve taken it upon ourselves to break down a few of the best multiplayer games from the GameCube. And if you held onto your hardware, now would be a great time to revisit some or all of these classics.

And to this day, any one of these could serve as a fun activity for you and your friends.

It’s difficult to believe that this game was part of the same franchise that created Mario Kart 64, an ugly, ugly game with terrible driving mechanics.

At least in our opinion, Double Dash was the first time that the Mario Kart series really came into its own.

The processing powers of the GameCube allowed developers to make the world of the game much more depthful and interesting than that of many other racing games.

At the time, if you wanted fun driving mechanics in a video game, you pretty much had to opt for a dedicated driving game that featured realistic visuals and real-world locations. The Need for Speed franchise is a good example.

But all of a sudden, this weird little Mario spin-off series felt like a real thing, with its own unique sense of style and fun.

And apart from racing your friends on the same screen, Double Dash also allowed different players to team up on the same kart.

This led to a fun mechanic that just wasn’t present in the single-player experience. You had to actually speak to your play partner and coordinate moves, item throws, and when to switch places.

And in a way, it’s a shame that the shared kart mechanic hasn’t survived into later installments of the series.

But even the latest installment, Mario Kart 8, includes a few courses from Double Dash, albeit in a much prettier form.

And there’s a good reason for that.

This style of game, with its many exciting backgrounds and wild character animations, just couldn’t have existed on the N64 or any other Nintendo console.

And ever since its release in 2001, it’s been a legend in the world of gaming. In fact, how well you perform in Smash is a pretty common metric to see how skilled someone will be with video games in general.

And despite the fact that the game essentially serves as a way to advertise other Nintendo classics, it never felt forced or shameless (unlike Marvel Vs. Capcom).

If you went to a sleepover in the early 2000s, Smash was the singular game that everyone would play late into the wee hours.

This was the game that made you want to throw your controller through the screen of your CRT TV.

And it’s the game that gave you an outlet for your primal desire to sick Pokemon on your friends and family members.

Ok, so the Super Monkey Ball games didn’t exactly have the most interesting storyline.

We can basically summarize those storylines as: there are some monkeys who talk and wear clothes, and then things happen and they have to roll around in balls.

The main game asks you to guide a monkey-filled ball through courses that require perfect timing, difficult puzzles, and challenging slopes.

These were games that required both precision skill as well as the forethought to solve visual puzzles.

But the multiplayer aspect of Super Monkey Ball 2 was the collection of goofy minigames, to be unlocked by progressing in the main game.

Sure, some of the minigames were just simplified versions of popular sports, but a few of them rose above the rest as the perfect party games for couch multiplayer, including Monkey Target, Monkey Dogfight, and Monkey Fight.

This game has one of the most purely enjoyable premises in recent memory.

When kids watch a Godzilla movie (or anything else with giant monsters) their first instinct isn’t to imagine themselves as the ineffective police force, they want to be the monster.

And that’s exactly what this game offered to players.

Players had the option to choose from Godzilla or one of the more obscure Toho monsters.

There was a story mode that made use of setting very basic goals, such as causing damage equivalent to a certain dollar amount. Or you may have to avoid capture for a certain amount of time.

But the real fun was in the multiplayer mode, when you and a friend would each pick a monster and beat each other senselessly, all while smashing buildings.

The music was nothing to write home about, and the voiceover element was fairly annoying, but the gameplay ended up being much more important than any single element.

Let’s all jump back to 2003. Don’t worry, we’ll only be there for a few minutes. Cargo shorts will not be required.

The Kirby series is on the decline, not in terms of quality necessarily but just in terms of public and company interest.

But what’s that? Here comes an inventive new spin on a Kirby, one that includes a multiplayer feature that lets friends duke it out on wide, open stages.

It’s colorful, fun, and overall it’s difficult to criticize on a serious level.

Sure, the graphics really weren’t that great, and the gameplay wasn’t especially lush, but it was a game that was inviting and fun on subsequent replays.