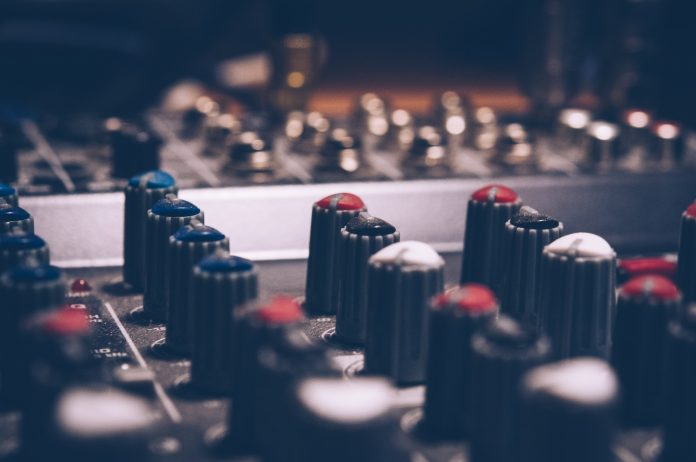 Music has a powerful ability to transform a scene in a movie. That’s a big part of why John Williams has always been able to find work.

The best musical scenes in movies, which you’ll find below, are not all scenes from musicals.

Many of them are simply scenes in a drama or comedy that are made more compelling, more emotional, and more interesting to the audience solely because of the song playing in the background.

Also, many of these scenes work out of context, meaning if you’re too lazy to actually watch the movies in their entirety, you can just find them on YouTube and experience the fun anytime.

Got a Lot of Livin’ to Do – Bye Bye Birdie

Bye Bye Birdie is a movie with not a whole lot of substance to it. It’s a movie musical with a decent stage show behind it.

The acting is passable, and the storyline mostly just feels like a television show about high schoolers.

But the scene where the cast sings Got a Lot of Livin’ to Do is just a perfect time capsule of Old Hollywood musicals, dance scenes, and 50s and 60s Americana.

A bunch of kids try to one-up each other in a diner to try and impress their friends and the fake Elvis-type celebrity who happens to be in town at the time.

Black Sheep at the Show – Scott Pilgrim Vs. the World

If you haven’t seen Scott Pilgrim vs. the World by now, then I’m not sure where you’ve been hiding for the past ten years.

Edgar Wright busted out one of the campiest, intricate, and just plain enjoyable movies of his career while also paying homage to a series of manga-style novels and the video games of the past 30 years or so.

The scene we’ve singled out is the re-introduction of one of Scott’s ex-girlfriends, who is now the frontwoman for a successful rock group.

The song itself, Black Sheep, comes from the band Metric. But I’ll go ahead and say that the movie version is more musically interesting.

It’s a scene in a movie that consistently portrays how real-life can feel sometimes, namely like a very dramatic action story where the main cast is just your close friends and people you’re trying to avoid.

Strangers at a Funeral – The Darjeeling Limited

Many folks have decided that they don’t really like this movie from Wes Anderson. They tend to prefer the Life Aquatic or maybe Moonrise Kingdom.

But I don’t really understand all the bad blood. The Darjeeling Limited has always stood out to me as one of Anderson’s most personal movies.

Three brothers reunite in India to try and go on a spiritual journey, and they fail at every turn. It’s hard to think of a more relatable storyline.

But then life interrupts them, pushing them into new adventures and scenarios.

Through random misfortune, they wind up attending a funeral for a small boy. The introduction to the scene is a clip roughly one minute long where the three brothers walk in slow-motion to the car that will take them to the burial site.

The only sound is Strangers by The Kinks. It’s a powerful moment, and also one of the images that sticks with you long after the movie has ended.

Can in the Street – Inherent Vice

Inherent Vice is probably one of Paul Thomas Anderson’s least popular movies, at least when it comes to general moviegoing audiences.

It’s based on the Thomas Pynchon novel of the same name. And if you’re already familiar with Pynchon’s work, then you won’t be surprised to hear that the movie version is confusing, disjointed, and often pretty dull.

But the movie has its great moments, among them the title sequence which starts to Can’s Vitamin C.

The visuals are perfectly coordinated to the music, and for those who haven’t heard of Can’s work before, it’s a beautiful introduction to one of the weirdest and most exciting bands of the 60s and 70s.

This was an easy pick. Most people know and love this scene already, but it’s still worth mentioning here.

A gangster has to take the boss’s wife out to dinner while the boss is away on other business. The two wind up at a 50s-themed diner where they enter a sock hop dancing contest.

The song is You Never Can Tell by the legendary guitarist Chuck Berry.

The song fits perfectly in the movie because it doesn’t fit at all. It’s a strange combination: loathsome individuals engaging in some very virtuous dancing to a very tame song from yesteryear.

It’s almost like this Tarantino guy knows what he’s doing.

Here comes another title sequence, this time from Drive, Nicolas Winding Refn’s stunning car movie featuring Ryan Gosling as a near-silent gearhead who just wants to help out his neighbor.

The title sequence follows a thrilling car chase sequence where Gosling has to dodge what feels like the entire LAPD.

So the character has been established as just about the coolest guy currently living. Then comes the slick, radical title sequence, which is laid over Nightcall by Kavinsky.

It’s a synth song packed with robot vocals and a sunny chorus that feels like it belongs in a completely different movie.

Big Bottom – This is Spinal Tap

I guess This is Spinal Tap could technically be called a movie musical. It does feature many different songs original to the movie itself.

And if we can consider it a movie musical, then it’s one of the funniest musicals ever made.

Spinal Tap is a hair metal band that’s slowly fading into obscurity as the result of their disastrous new release, Smell the Glove.

Big Bottom is one of the band’s biggest hits, and they perform it in its entirety here in the movie.

It’s one of the most honest 80s songs ever recorded. It takes a pretty critical look at popular music and pushes the sexual undertones to the absolute forefront.

Feel free to add your own musical moments in movies to our list. And if you’re looking for a film fix, check out this list of great movies just waiting to be analyzed.