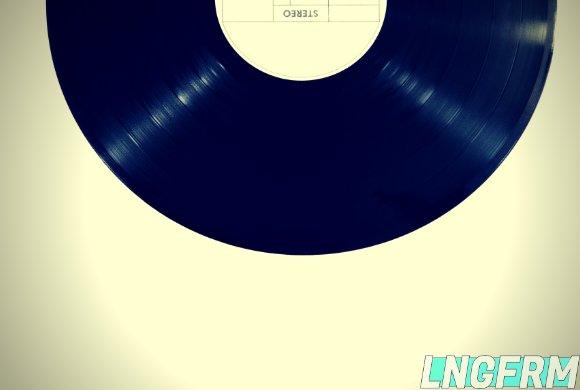 We already know that Bob Dylan was one of the most influential artists of the 20th century, and we know that he rose to prominence in the 1960s.

But when I run into people my own age out in the wild, I’ve found that many of them just never really cared to listen through Dylan’s work.

And I can’t blame them. From the outside, his work may seem nearly ancient and hopelessly outdated.

This may be true for some of his later work, but when it comes to the start of his career, most albums hold up surprisingly well.

And so we’ve created this list of 1960s Bob Dylan albums, ranked from most mediocre to the most historic and accessible.

The adventurous music fan may also want to check out this article on the best modern rock bands and their work.

This album just hasn’t held up as part of Dylan’s 1960s output. There are probably a few different reasons for that.

For one, this is one of the ill-fated albums to follow Dylan’s famous motorcycle crash, which essentially ended the first phase of his career.

Nashville Skyline is an album of country music. And it’s not that Dylan was ever all that far from country as a genre, but he’d never fully committed. And this sound would continue to influence his work throughout the 1970s.

This self-titled album is the first real studio release and one of the albums that made Dylan a sensation.

If you’re not a long-time fan of his, then you probably won’t recognize most of the songs on this album. Song for Woody is arguably the most well-known, but mostly for the story behind the song.

Dylan saw Woody Guthrie as a personal idol and supposedly visited him in the hospital during his final days.

David Bowie would later return the favor with Song for Bob Dylan.

This album is perhaps most famous for containing the eternal track, All Along the Watchtower, which Hendrix would later cover.

This was also around the time that Dylan was working with The Band to create a unique sound that utilized elements of folk, rock, and country.

On the whole, it hasn’t stood up to the test of time all that well.

At this point in the list, just about every album is worthy of your attention. And this album in particular is where Dylan tried to rebrand a bit, making the first half of the album based around an electric sound.

For those who may not know, in the mid-60s Dylan started to incorporate electric guitar and other contemporary musical elements, which was not viewed kindly by his mostly folk-based fans.

Even today, many of these tracks have a raucous quality. They sound disruptive and unbalanced.

This is an inbetweener album, one that really doesn’t stand out all that much in retrospect. It also features some highly corporate branding and design, all meant to make Dylan seem like a cool dude.

It’s a great example of what the label thought would appeal to the young folks. And to be fair, it did. The album sold well and only increased Dylan’s following in the U.S.

The album contains Blowin’ in the Wind and Don’t Think Twice It’s Alright. The other tracks are fairly forgettable and blend together with a number of other Dylan songs.

This is the second studio album release from Dylan in 1964, and it’s a bit of an anomaly.

It’s 100% folk, there’s no real question about that. And the songs try their best to tackle contemporary issues rather than paying homage to the folk and traditional songs of the past.

And if you watch concert footage from around this time, you’ll notice that a few tracks from this album were sort of personal hits for Dylan, and they drew passionate reactions from his audiences.

All I Really Want to Do was practically a radio hit. The same goes for It Ain’t Me Babe and Chimes of Freedom.

This was Dylan’s breakout album. It made him a public figure, even in a political sense.

The title itself is still in use today as a kind of colloquialism. And the song that holds the same name remains a powerful anthem of coming shifts in ideals and political action.

But the album also featured some delicate love ballads, such as Boots of Spanish Leather and One Too Many Mornings.

Now we’re getting to the cream of the crop. Highway 61 Revisited is an incredibly famous album, and you may have seen the cover many times before, even if you haven’t heard the music.

It’s a wild album, one that contained some of Dylan’s most well-known tracks of his entire career, namely Like a Rolling Stone and Ballad of a Thin Man.

The record has very little acoustic music and instead turns Highway 61 into a sort of mythic place, one where pop culture goes to duke it out.

Whereas Highway 61 is a bit of a wildcard in terms of musical style and song choice, Blonde on Blonde is much more fine-tuned.

It’s also a fairly long album, partially due to the 11-minute track Sad Eyed Lady of the Lowlands.

But overall, this thing is stuffed with killer songs that seem much more focused on personal relationships than on nationwide conflicts of race and politics.

Visions of Johanna, for example, is really just a nice love song, even if it does contain some strange cultural references.

Just Like a Woman is another lovely track that seems to speak to people he’s known, rather than trying to speak to everyone all at once.

In other words, it holds up, and if you’re going to listen to just one album from this list, here you go. This is the one.