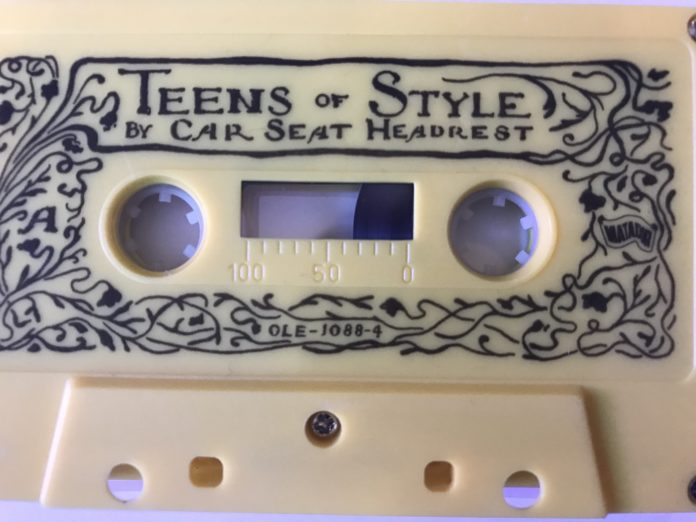 I first picked up on Car Seat Headrest (AKA Will Toledo) thanks to word-of-mouth, back when I had access to people and places that excelled at sharing the newest/weirdest/most obscure artists they could get their paws on. He was a nobody back then, another kid with a beefy Bandcamp page featuring ugly yet somehow charming album covers obviously drawn up by close personal friends. When I wanted to interview the guy, I simply messaged him on Facebook. Two days later he sent back the answers.

And now, four years later, Toledo has multiple full-length releases via a genuine label (Matador), tour dates that include the biggest American festivals, and millions upon millions of listens on his Spotify page. And, consequently, he doesn’t really message me back anymore.

It’s a great story, a near-meteoric rise, and one that gives hope to those of us who have made and published creative work entirely on our own, inevitably spending the rest of our time fighting for views, clicks, shares, and likes. The less heartening side of this tale is on the backend, the behind-the-scenes clumsiness of an ancient industry.

Just a few weeks ago I ran across Anthony Fantano’s review of a Car Seat album from 2011, Twin Fantasy. Apparently everyone involved thought it would be a good idea to pay for studio time to re-record the album in its entirety. And that’s just the start. Toledo has ELEVEN FULL-LENGTH ALBUMS that he self-released long before he got his bonafide record deal. And not even the hippest indie labels caught a whiff of any of it.

Here’s how I picture the music industry as a whole: an elderly, diabetic elephant who has just been told its habitat is dead. No more food, no more water. And if it wants to live, it has to get to the nearest watering hole, roughly 3,000 miles away. This dear ol’ elephant, let’s call him Gary, is totally cool with that. He’s eager, he’s ready, and he has his gaze set on some vague shape on the horizon. And Gary wants to walk faster than 5 MPH, it’s just not in his nature.

This is not a critique of an industry’s inability to keep up with near-constant changes and advances in the world of content discovery and distribution, this is a call to action for content focal points, be they blogs, be they publications, be they labels, to develop better ways to find and share exciting content. It is no longer breaking news that millennials have a perpetual need for new music, new shows, new movies, etc. It should be obvious by now that content curation has incredible potential, especially once it starts encouraging artists to submit work to content hubs for consideration. It should be a no-brainer that providing digital distribution for artists who foot the recording bill themselves is incredibly inexpensive and therefore carries lower risk.

I couldn’t be happier that the world at large did eventually discover acts like Car Seat, Kool AD, and Lucy Dacus, but finds like these represent a massive untapped talent pool. There’s so much oil here it’s bubbling up to the surface. All that matters now is who, at long last, will bring the drills.