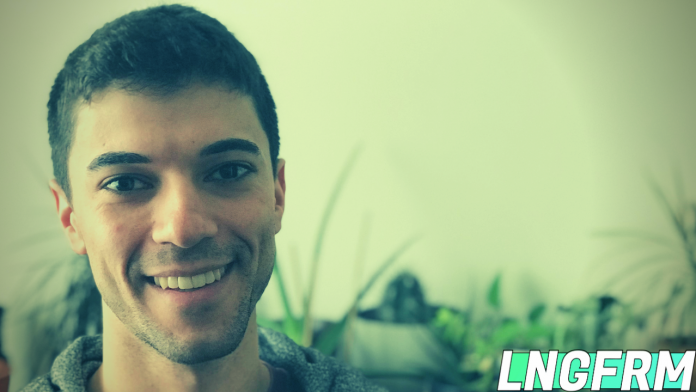 Years ago, there were moments when Majid Koudmani considered other careers. Having grown up in the Canadian countryside, a life of content creation and artistry seemed like nothing more than a fantasy.

But over time, he encouraged a reciprocal process where his family and friends would share their favorite movies with him, and in turn, Koudmani shared his own favorites with others.

It became clear that Koudmani was meant to work in entertainment, and ever since, he’s been proven time and again that he knows exactly how to make movies and television that wow audiences all over the world.

Koudmani has worked with Warner Bros. Marketing, managing targeted regional marketing for movies like The Hobbit, The Hangover Part III, and The Lego Movie. He has also worked with Global Artists Agency, record label Monstercat, and director Hany Abu-Assad.

On top of it all, Koudmani has been hard at work developing and directing his own indie film and television projects.

Koudmani is part of a new wave of filmmakers who are going to decide the direction of our future entertainment, and based on what Koudmani told us about his artistic philosophy, it looks like we’re in capable hands.

When you were growing up, did you have a special attraction to movies and television?

Koudmani: I grew up on a farm in a rural area of Alberta in a place that, particularly then, was very trades oriented. I remember being inspired by movies when I was young, but the thought of working in the industry always felt completely surreal.

Regardless, there were a number of movies that I was introduced to when I was young that really made me feel or consider something in a new or different way. It was always a thrill when my mum or dad was excited to share a movie with me that they enjoyed.

I didn’t realize it when I was younger, but the drive to work in the film industry came from a desire to recreate that feeling for myself and for others.

What inspired you to take the first real step toward becoming involved with entertainment directly?

Koudmani: It’s difficult to say what compelled me to take the first step, as the thought of working in the industry always seemed like such a far cry from reality. It really came down to taking the initiative to try something new.

The first time I worked in the industry it was only as a Production Assistant, but something about the excitement of the prospect of even having a chance to be a part of a production pushed me to go after it. The thought of working on movies never felt real and when I realized that there was a chance that I could be a small part of it was a real driving force. 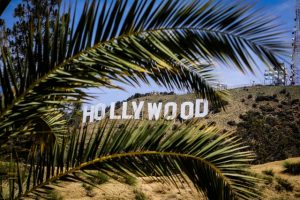 Going to LA for the first time to work as a reader felt like a bigger jump. It was a little daunting, but in the same way as before, it was a chance to try something that I had previously felt was completely impossible.

The excitement of that prospect was a real driving force. At the time, I was younger and figured I didn’t have anything to lose by trying. From there taking larger leaps became easier and easier.

Have you drawn a lot of motivation from your coworkers along the way?

Koudmani: Of course. You always meet such a variety of different people on productions and each job takes on its own life. Some of them are more difficult, but there are always ones in which you encounter people who are excited to create and inspire.

Being around that kind of person is infectious and makes you feel empowered. Further, the film industry acts very much as a community, regardless of whether it is in Canada or in Los Angeles. Contrary to the idea that the industry is very “back stabby,” I have always found that community to be extremely encouraging and for people to help one another out whenever they can.

It is still very competitive and a very difficult industry to break into. However, that is why people band together to help one another out. Nobody will get where they want to go unless we work together to get there.

And it feels pointless working in the industry if you don’t feel inspired by those around you in the first place, especially if your motivation is to create emotionally engaging content.

What film projects are you planning over the next year?

Koudmani: It is difficult to say what will come to fruition as things are often in flux right up until production actually begins. As a result, it becomes a little difficult to discuss the status of projects. However, personally, I have recently worked on an independent project that I initiated with some other artists.

The project is currently in post-production. Additionally, I am involved in leading the development of a TV project. However, it is difficult to speak on as we are unsure about the ultimate fate of the project at the moment. 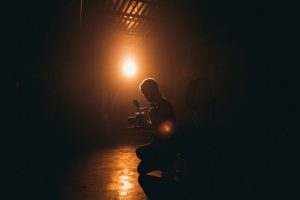 What about directing appeals to your artistic sensibilities?

Koudmani: I find directing to be an empowering challenge. It is obviously a stressful position, particularly on indies, which require everyone to do jobs outside of the regular purview. But when you feel successful as a director, it serves as a means of proving to yourself that you are capable.

There is also something really satisfying about visualizing something in your head and then seeing it come to life. To combine all the visual elements at your disposal to create an atmosphere is immensely gratifying when it works. From considering lighting to dealing with actors’ performances, it is a gratifying experience to work with a team to try and build an emotional connection with the audience. As a director, it is possible to see that process through from beginning to end.

Do you think it’s easier now than ever before to independently fund a project?

Koudmani: It depends on a lot of different things, especially where you are. The means to make independent content have become more readily available to people, which is remarkable. It gives everyone the opportunity to learn and grow in the medium and find the equipment to do so.

However, funding independent films is still extremely difficult. Competition for funding has increased significantly and grants and subsidies have become harder to secure in the last decade or so.

Having only personally dealt with the independent funding system in Canada, I can say that the resources exist to independently fund a film. However, it can be very difficult without experience using those resources previously. These resources have also been made more difficult to secure recently.

But the fact that tax grants and subsidies exist at all proves that it is easier than it would have been in the past.

Has your screenwriting knowledge and experience affected the way you watch movies?

Koudmani: It has to an extent. I do see movies differently sometimes. Although, I don’t think that it has ruined the experience at all for me. I still love watching movies, good and bad. I think that, whereas before I could feel that something wasn’t quite right or wasn’t good, more experience has just given me the ability to recognize why, and if I’m lucky, perhaps how it could be improved.

That being said, I don’t go into movies looking to critique them. I still just want to be swept away by a story.

What would you recommend for young creatives who want to become involved with entertainment?

Koudmani: I would recommend that they always be self-aware. The industry can be both difficult and rewarding. I would just say that if you are passionate about it or even want to try it out, that you should never stop yourself from pursuing it.

Just always be conscious of how you feel and be honest with yourself about what you want. It is an industry shrouded by romanticism, but never let that make you bitter about it. I have always found it possible to become absorbed in the magic of it.

Like anything else in life, there will be harder experiences, just make sure that you stay conscious of how those affect you. Always adapt to make sure you are happy.