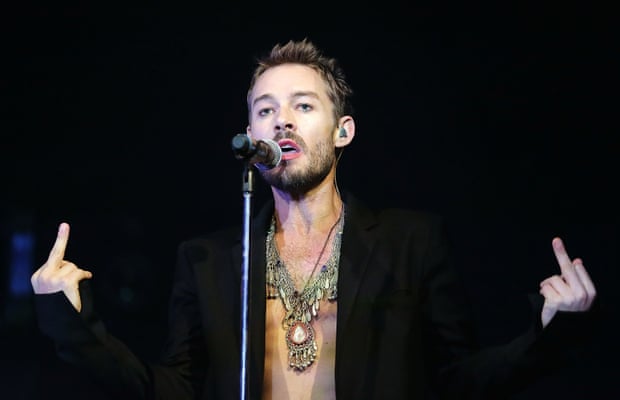 Daniel Johns is adored by the public.

Who is Daniel Johns?, a Spotify podcast that delves into the life and music of the mysterious Silverchair/Dissociatives/Dreams vocalist, has reportedly surpassed Joe Rogan in terms of listeners in Australia.

The podcast’s most significant feature, though, is that it exists at all.

Johns has a tumultuous relationship with the press and is infamous for avoiding interviews — partly because the ones he conducts are usually high-stakes situations. He was questioned by Andrew Denton on national television the last time he was in the spotlight; now he’s inviting podcasters inside his boyhood bedroom to rummage through his adolescent journals.

Kaitlin Sawrey, Amelia Chappelow, and Frank Lopez, the makers of the podcast, deserve credit for obtaining this degree of access without resorting to a complex robbery.

Johns and different significant individuals discuss his life and career over the course of five weekly episodes, the third of which premiered on Wednesday. Topics range from his boyhood in Newcastle to stalkers on foreign tours to his two-year layoff due to reactive arthritis.

There’s a conversation with Billy Corgan, the Smashing Pumpkins’ frontman, and Natalie Imbruglia, who will be featured in a forthcoming episode. It’s as if you’re walking around John’s mind, sidetracked by whatever catches his eye.

It’s been suggested that this five-part podcast, whose third episode premiered on Wednesday, tells the Australian equivalent of Britney Spears’ fame-trauma story – and there are clear parallels between the two artists, who were both thrust into an unrelenting global spotlight as teenagers, and both subsequently burdened with significant trauma. Johns was just 14 when Silverchair’s Frogstomp was released, so it’s no surprise that 30 years of attention has left him feeling uneasy in his own skin.

Although the only signs thus far have been some tantalizing stretches of instrumental piano and background blasts of sound, Johns consented to the project as a means to premiere new music without having to perform live. However, the fundamental motivation for undergoing such an examination seems to be a wish to be understood while keeping a safe distance.

Who is this person? Daniel Johns is not a Silverchair podcast, and it’s perfectly likely that after listening to this, committed fans of the ‘Chair will be feeling pretty ambivalent about them.

The band is obviously discussed throughout — the whole third episode is mainly about the creative successes, commercial pressures, and medical disasters surrounding Diorama, widely recognized as Johns’ finest to date.

But there have been two noteworthy omissions so far: bassist Chris Joannou and drummer Ben Gillies, both Silverchair members and boyhood friends of Johns. Johns claims on the podcast that he wouldn’t consider a reunion “for a million dollars and a gun to my head,” and that he has no Silverchair memorabilia in his home (his parents have hung onto it, though). This does not seem to be someone who is simply over his previous band; rather, he appears to want to create as much space between the past and the present as possible.

It’s hardly surprising, given the accounts provided by Johns and Watson. The band rose to fame before Johns had any concept of himself as an artist – and what 42-year-old wants to be likened to their 14-year-old self?

More than that, what Johns went through was harrowing – from the absolutely obsessive admiration of possibly suicidal admirers to the anorexia he described in Ana’s Song to the severe bullying he endured at school. He says Sawrey, “It was so brutal, I was scared every day, everyone wanted to bash me.”

“Everyone would love me if I went on the road, but if I went back to school, everyone would hate me – and they’d wonder why I have a mental illness!”

The gaping emptiness at the core of the podcast is the absence of his ex-Silverchair comrades. That’s particularly true of Gillies, whom Johns praises for taking him under his wing when he was forced to repeat year three (not least because “Ben was the coolest guy in primary school”).

Johns claims that Gillies altered his life, and the evident fondness with which he talks about his longest friend makes their apparent alienation quite tragic.

The next two episodes will take listeners to the end of the band, chronicling Johns’ four-year marriage to Natalie Imbruglia and whatever follows after – and hopefully provide a better picture. However, the identity of Daniel Johns remains a mystery for the time being.

Thanks to Andrew P Street at The Guardian whose reporting provided the original basis for this story.