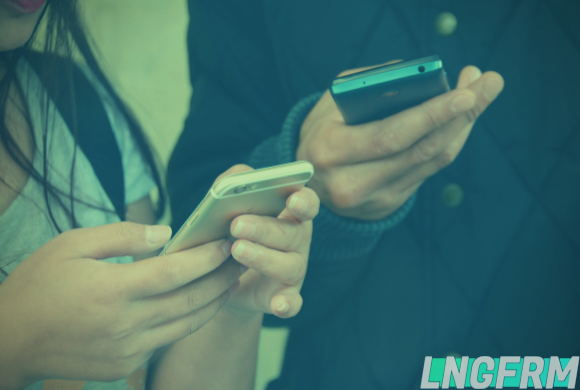 Back in the very, very early days of smartphones (remember how much we didn’t care about the first iPhone?), mobile gaming was a fresh, compelling format that essentially picked up right where online flash games left off.

Ok fine, cell phones have had games for a good while, even since the ‘90s. But limited graphic and processing capabilities required that those games be incredibly simple, most of them being iterations of Tetris, Snake, and other super-basic games originally designed in the ‘80s.

As the concept of apps and app marketplaces became common knowledge, big and small game publishers alike got to work creating games optimized for this new platform.

Games like Words with Friends and Fruit Ninja got through the door early, winning huge audiences through addictive and polished gameplay based around a simple premise.

I don’t have to tell you that today our options, as players, have expanded quite a bit.

Just about every game publisher has a presence in the mobile market. There are literally thousands of games available to anyone with a smartphone, most of them offered for free, with in-app purchases.

Mobile gaming isn’t without its controversies, of course, but there are also lots of exciting things happening in the mobile gaming space and we wanted to learn more about all of it.

LNGFRM invited game developer Chihtang Chang to our New York office to talk about his own experiences in creating mobile games. Chang is the designer/technical director behind the wildly popular mobile game Kitty in the Box, published by Mokuni LLC. He also programmed the mobile port of Albert & Otto.

Chang filled us in on the biggest pluses and fallbacks of the mobile gaming market as it stands today. Don’t worry, it’s mostly pluses.

Chang got his start in mobile gaming back in 2013, when he helped to create web-based HTML5 games that could also run on mobile.

Soon after, he and the team made the switch to 3D engines, as many team members, Chang included, were already 3D artists in their own right.

These were still the early days of mobile gaming, so Chang’s career has followed alongside some of the most impressive advancements in the market and mobile devices in general.

For Chang, these advances have helped to dissolve the boundaries between mobile gaming and, well, just plain ol’ console and PC gaming.

“The gaming power of mobile devices has been growing rapidly and many developers are making AAA titles on mobile. I think it’s much easier to translate a PC or console game experience to mobile instead of treating them totally differently, but facing the differences between player groups is still a challenge.”

The separation between these two gaming spheres now has more to do with the people who play them. In general, dedicated mobile players are more casual than their PC gaming counterparts.

It costs less to play mobile games (except in specific situations that we’ll be talking about later), and it’s possible to pick up and put down a mobile game in the space of a minute, requiring less time and effort from the gamer.

But if publishers continue to offer versions of their full console/PC games on mobile, it’s possible that the two gamer-groups will homogenize.

In just a few years, Steam and mobile marketplaces might be offering the same games. Until then, we’ll keep our fingers crossed. Mobile gaming is far from done evolving.

Kitty in the Box & changing tech

We’ll be honest: when Chang agreed to speak with us, we did some true journalistic research by playing his game, a lot. In fact, half of us here in the office already had it downloaded.

Like many mobile games, the core mechanic is simple and addictive: you have to get an adorable kitty cat into a box by running and jumping. The inputs are easy to use but hard to master, and that’s where the fun and challenge really come into play.

Having Chang around gave us a unique opportunity to ask about how it came to be, and more importantly, how long it took for the game to go from initial idea to release.

“The project started in March 2014 when I made the first prototype, and it was released in June of the same year. We kept working on it for a while and added new mechanics and visuals so it took about eight months before it was considered finished.”

Both games have received a number of updates, which highlights another clear advantage of mobile games in general: their ability to improve and change over time.

This led to an interesting discussion of the degree to which evolving tech has impacted mobile gaming.

Just about all of us remember what those very early smartphones were like. They were certainly impressive for the time, but compared to what we’re working with today, they weren’t pushing killer graphics and even a short gaming session left them close to overheating.

“Hardware is much more powerful so it’s a lot easier to build beautiful visuals that run smoothly. New forms of interaction like AR and online multiplayer become more and more accessible. There are just so many more advantages that developers can utilize to make a unique experience than there were ten years ago.”

As is the case with many forms of art and design, better technology allows for more creative freedom. Game designers are finally getting the tools they’ve been hoping for since the era of rudimentary handhelds like the Nintendo GameBoy.

Smartphones do more than handheld consoles and they’re more convenient. Without argument, this is one of the most exciting times for mobile game design.

One of the more novel hurdles for mobile game developers to overcome is the balancing of online multiplayer gaming.

A good case study in this instance is the earlier versions of Fortnite, a game that has made online multiplayer its bread and butter.

The goal at all times is not only to match a player with a lobby of other players, but to match them with players who are at approximately the same skill level.

Before this kind of advanced matchmaking was in place, a brand new player had a high chance of being pit against pros, which would inevitably end their game long before the new player had a chance to learn the mechanics.

When it comes to mobile gaming, those first few moments of gameplay are extremely important. There’s a higher risk of mobile players clicking away from the game entirely before they’ve seen all it has to offer.

Chang elaborated on the necessity of elegant difficulty ramping in the mobile sphere, which, in his eyes, can be accomplished through many means, not just through advanced online matchmaking.

“For the satisfaction of the player, I think the most important thing is letting them play with opponents of the same skill level, whether its an AI or a real person. I believe every player enjoys a little rivalry when playing games and it can come from many different aspects. It also helps a lot if the game starts with less difficulty so players can take time to figure out how good they are at the game and figure out how they want to approach it.”

It’s not that different from starting out a new activity in real life. If you’re faced with professionals and incredible difficulty from day one, the intimidation factor will be high and only a small percentage of people will ever want to try it again.

A slower introduction to the intricacies of that activity will increase the chances that someone will stick around for the long haul, and in mobile gaming, that kind of commitment translates to increased revenue and a larger audience.

Connecting players to the best games

As a way of closing out the conversation on mobile gaming, we talked to Chang about oversaturation in mobile gaming and the larger gaming market.

Oversaturation is a problem just about everywhere these days. There’s so much content to watch and play, making it difficult for smaller-name developers and game publishers to stand out from the crowd, even if their games are unique and exciting. 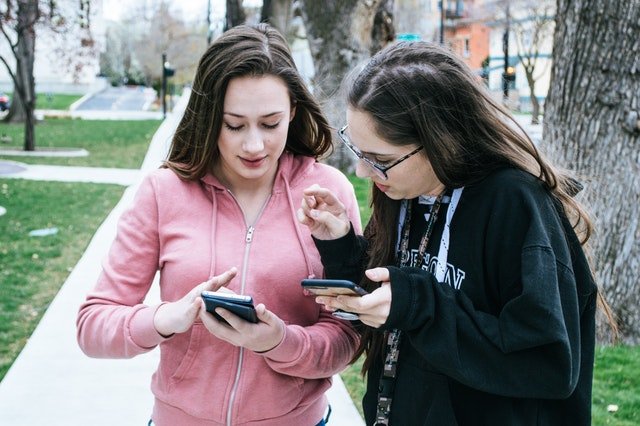 If you need more proof, just hop on your smartphone’s app marketplace and search for a term like “pinball game.” We wanted to list the number of search results, but we were unable to get to the end of the list within a reasonable amount of time.

Chang explained that while marketing a small-scale mobile game is difficult, it’s definitely not impossible, especially when it’s done with intelligence and creativity.

“Since we need to download mobile games through some sort of digital store, the biggest challenge for business is being found by players in those stores. Most players won’t bother to browse through thousands of games, but many talented developers have found ways to reach their players. It’s also very helpful to have a game that really is different.”

Before we close things out, we wanted to highlight that last idea: the advantages of pushing a game that really is different.

Creating yet another clone of a falling block game or a Candy Crush-style match game isn’t that hard to do. You can create your own visuals while making essentially the same game that has been made many times over.

Or: f you value creativity and have a great team of developers, you can create something fresh, and when you have a fresh game on your hands, it will be that much easier for the game to market itself.

Word-of-mouth, as old-fashioned as it may be, is still a great way for a game to gain some traction, especially in the free-to-play sphere. New players risk nothing by downloading the game and giving it a try.

From there, it’s up to the game to impress and delight the player.

Originality still has a great deal of power in this market, and that’s an important lesson for designers and developers of all kinds.

Make something unique and you’ll be starting off with a major advantage.