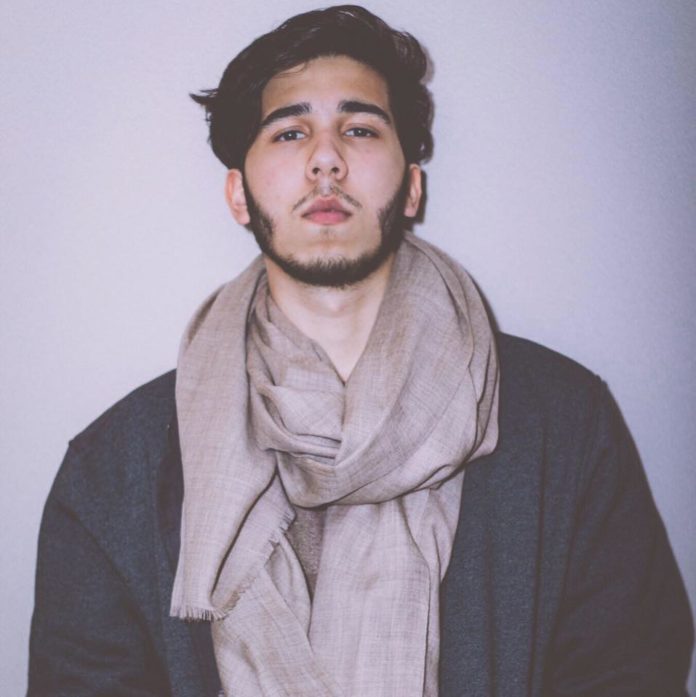 Here in the states you really don’t hear too much about artists and music professionals of Indian descent who aren’t Ravi Shankar. I really don’t know why that is—it’s not as if there aren’t a ton of brilliant individuals working in the industry from that part of the world. In my very short time schmoozing around the music industry in L.A. I’ve been lucky enough to meet some very, very talented guys and girls from India. One of my favorite—and certainly one of the most talented guys I’ve gotten to know is one Dhruv Agarwala. While he’s technically been working as a professional for only a few years, according to some of my industry friends, his name is already popping up in both the NYC & LA music scenes as an example of a consummate pro (with the credits to match).

Dhruv started his music career as a drummer at the tender age of 13. At the time, he and his family were living in Dubai, where the music scene is very different than it is here in the states.

“Dubai itself is a pretty big city, however the music scene is very small,” said Dhruv. “This was a good thing for me, as I was getting professional exposure at a very high level when I was still young. My teachers were very supportive and often recommended me for gigs they couldn’t make.”

It’s certainly not easy making it big—or for some people even making it out of a small, insular music scene like the one in Dubai, but Dhruv made it work. Owing his success to a series of instructors who exposed him to Rock N’ Roll from the 50’s and on, Dhruv has been able to channel his unique background into a seriously cool career. “My first teachers taught me the fundamentals of rock and blues music,” said Dhruv. “As I developed further, I learned from teachers that helped me grow as a jazz and fusion drummer as well. I love jazz, fusion, blues and classical music despite the fact that I now work as an engineer for pop music.”

Dhruv began his transition from drummer to engineer once he got to America where he would complete a degree at the Berklee School of Music. He would go on to intern at Electric Lady and Studio G Brooklyn, two New York-based studios that have produced for sensations like Lorde and Frank Ocean.

He’s since moved to Los Angeles, where he works freelance for studios like the Village Recorder, EastWest and Fonogenic Studios. Though he’s found success, he still considers everything a learning process.

“I’ve learned something from every project I’ve worked on,” says Dhruv. “All the work I’ve done with pop-star Cody Simpson, acid jazz artist Maddie Jay and New York based singer songwriter Emma Taylor among others have been very fulfilling. I learn something new from every project I’ve worked on.” And that, ladies and gentleman, is what separates the good from the great. Or is it the great from the greatest? Either way, if you or your group are getting into the studio anytime soon, consider hitting up Dhruv to be your engineer. Just don’t expect him to turn you into Steve Vai if you don’t know what a triad is.