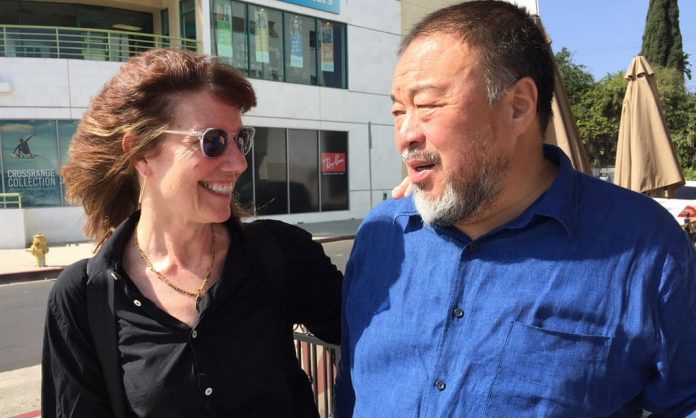 Diane is no longer with us. When someone dear to us dies, we feel as if a piece of ourselves has died with them. Because to the death of a close friend, a piece of our worldview, a connection in our interpersonal network, and our prior value judgments and behaviors have all been misplaced.

This feeling of misplacement may be intense and pervasive, similar to the absence of a lighted candle on a riverbank or a pile of extinguished charcoal in cold weather. We can’t imagine it happening before individuals go from our lives. When they do leave, we are immediately aware that the brightness and warmth that they brought with them have vanished for good.

They are unique and will never be replaced. Whatever is lost is gone forever, regardless of what occurs in the future.

When I was filming Human Flow, my documentary on the worldwide refugee issue, I met Diane. I had not anticipated that individuals from outside my team would be involved in its creation at first.

All I wanted was to accurately capture my emotions, bring them to light, and leave a historical record. When Diane at Participant (a Los Angeles-based company devoted to entertainment that promotes social change) expressed interest just as I was ready to begin working on it, it took me by surprise. She joined the film as an executive producer shortly after, with Andy Cohen.

At the moment, I devoted my whole attention to the crisis’s problems. I was soaking in information like a student, eager to learn about the history of human migration and how society dealt with those who extended their arms to convey distress signals.

All of this is strange yet familiar at the same time. I am a Chinese national. My childhood experience taught me that many people need assistance, and that this assistance must be unselfish, even if it is likely useless. The displaced individuals would be in despair and have no way out if they did not get assistance from others.

I had a lot of interaction with Diane throughout the creation and dissemination of Human Flow. I wondered why Diane, a major film producer and a longstanding supporter of documentary filmmaking in the United States, felt so strongly in and selflessly backed my film’s seemingly remote subject matter.

Diane was a huge fan of documentaries and everything connected to them, including the filmmakers, cinematography, and narrative. She encouraged me to include more narrative and less expressions of opinion in my film, but I was adamant.

Arguments, in my view, are the most essential aspect of my films. Despite my refusal to follow her well-intentioned advice, I gave Diane a copy of all my films after Human Flow for a sneak peek. She was enthusiastic about my work and connected me with film festivals and distributors.

Despite this, no major film festivals have accepted any of my films since Human Flow. They’ve all bowed down to China and accepted its cultural domination. In the Chinese market, they are ready to offer everything for a piece of the cake. It’s a sad day for the film industry.

Fortunately, we have now effectively exited the cinematic age and reached a more chaotic and disordered time of visual clutter.

Diane was one of the most kind and unselfish individuals I’ve ever known. She and Andy Cohen are both tremendous minds and hearts, with a level of magnanimity that is seldom seen. Because they are so enthusiastic about life and persistently hang on to their beliefs, they are always ready to face the unknown, even danger.

Diane’s willingness to give to a cause she believes in inspires me, and her death is a tremendous loss to like-minded individuals; like a bridge of hope and creativity swept away in the storm.

We live on Earth in a cold world where we depend on human nature to survive and grow; human nature is made up of the ardour and imagination of innumerable people. Human civilization will be unable to put ideas and creativity into reality without autonomous thinking, superior knowledge, decision-making ability, and an action-driven attitude, and we will become rigid, cold, lustrous, and unblessed.

Diane’s death reminded me that every living person should strive for self-actualization and insist on achieving goals via free thought, free speech, and proactivity. It’s the only way we can feel like we’re not alone as individuals. Every endeavor is imbued with significance. In human nature, passivity is a poison. Dedication to ideas and other people is the most effective antidote.

Thanks to Ai Weiwei at The Guardian whose reporting provided the original basis for this story.