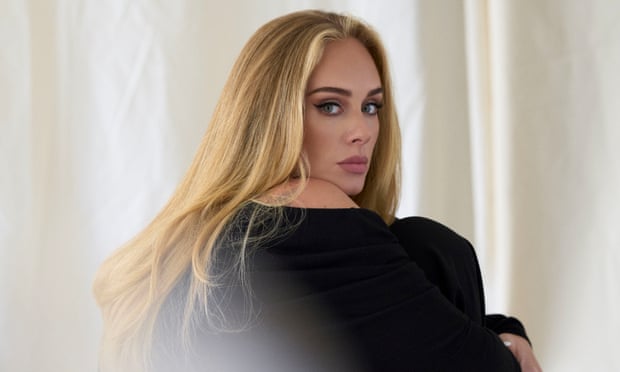 Adele sent a message on social media earlier this week announcing the release of her fourth album. The singer doesn’t speak much about music in it, instead focusing on her mental condition during the recording of the album, which she attributes to the breakup of her marriage: “absolute mess and inner turmoil… consumed by grief.”

It all sounds bleak, but there’s a ray of hope for Adele’s fans, who flock to her in record-breaking numbers for relatable heartbreak – the musical equivalent of an old friend in the pub, tearfully recounting the latest chapter in their reliably disastrous love life while downing a third glass of pinot grigio. For one thing, it emphasizes that she is dealing with new sorrow, which was a problem with her last album, 25, on which she was compelled to revisit the same relationship that had inspired its predecessor for content.

For another, her admirers may be concerned about “a new look, a new love, a new sound,” as described on the cover of Vogue. With her house in Los Angeles, her crew of Hollywood A-list friends, her three-times-a-day workout regimen, and, according to the Vogue article, a staffer on standby with a new pair of shoes should Adele wish to change out of her heels, how relatable can she now be?

It’s a remark that says, deliberately or unconsciously, “Business as usual, babes, fuck it.”

It’s the same message as Adele’s single Easy on Me, which is so Adele-esque that it’s difficult to judge its quality: you hear it and think, “Yes, that’s definitely Adele, doing the stuff that Adele does,” and adjust your response based on whether The Stuff That Adele Does is your idea of musical nirvana.

It features mournful piano that gradually becomes more strident as the song progresses, implying a cathartic empowerment about sharing your misery, and is gently supported by subtle touches of bass: the figure it plays during the verses has a vague resemblance to the opening to the old Hill Street Blues theme. Her voice, as strong as ever, sounds hurt at first, then soars.

You’d have a hard time disputing that Adele’s voice at the last bridge is anything less than amazing, even if you dislike The Stuff That Adele Does. The lyrics address the other party in a failing relationship, asking for forgiveness and understanding while emphasizing that it isn’t really her fault – “you can’t deny how hard I’ve tried, I changed who I was to put you both first – but now I give up” – which has a realistic tang: it’s very much an emotional note people strike when they’re tearfully offloading their woes three glasses of pinot grignard

It’s not the type of Adele song that stops you in your tracks, like Someone Like You, but it’s also not the kind of Adele song that goes in one ear and out the other, like some of 25’s weaker moments. It’s unmistakably relatable business as usual, which is probably precisely what the millions of people who purchase Adele’s albums want, particularly at this point in history.