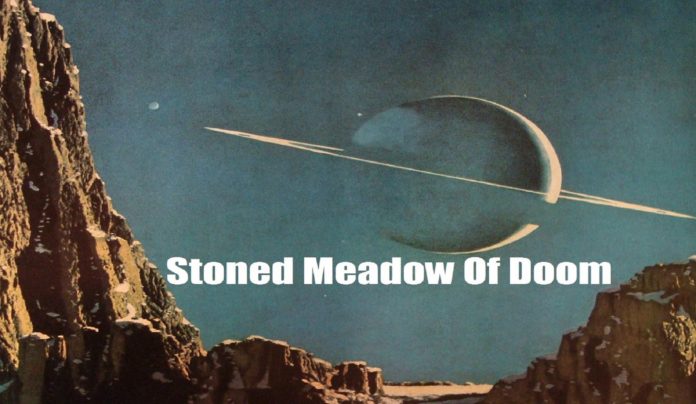 It’s hard to find new music sometimes. It’s especially hard to find new stoner rock and doom metal. The reality is that most of these artists are beyond obscure—they’re local. How am I supposed to find the dopest metal outfit out of Phoenix, AZ without outside help? I have a sneaking suspicion I’m not going to see their newest release on the appropriate Spotify list.

When you want tunes forged of cannabis-infused damascus steel rolled over 1,000 times, you head over to Nebraska-based Clint Beed’s Stoned Meadow of Doom. Beed started posting music to Youtube in 2011 when he was 18 on the two now-defunct channels Doomstoner93 and ElectricBlackWizard which got terminated for copyright reasons. In 2013 he started Stoned Meadow of Doom, and became a pioneer in the infant field of metal curation.

Boasting more than 50,000,000 views between his two channels, which post full albums by artists with names like Electric Octopus and Bitchcraft, Beed has cultivated Stoned Meadow of Doom into a business. Into his business.

Beed started off just posting albums he liked on his channel, but his business has grown to the point where artists will offer to pay him to promote their music. Although not averse to some extra cash, Beed’s no sellout. If it doesn’t fit, it’s not getting on the channel.

“I started uploading music because I had such a love for music and wanted to share it with others,” said Beed. “I never imagined it would grow into a thriving business. Now I get to work with many bands I admire personally which is extremely rewarding.”

Beed’s influence on the scene has become so tremendous that Stoned Meadow of Doom has actually bled out into the meatspace. Since last year he’s promoted “Stoned Meadow Fest,” a two-day metal festival emphasising unsigned artists in lovely Sioux Falls, South Dakota.

“Lucas B. Smith who is in the band Battling Giants started the Fest,” said Beed. “He’s a friend and business partner of mine who actually paid me to put his band’s album up. He runs a booking company for bands which is also called Battling Giants Entertainment. With his booking experience he decided to start a yearly Festival named after the channel featuring many of the artists found on the channel.”

Although Beed’s channels are certainly the most popular of the sort on Youtube, and debatedley the originals, Beed is not without competition. Anyone can upload music, and folks like The Bong Druid of Mammoth Weed Mountain are making that readily apparent. Don’t think that these guys are buddies with each other. Beed makes it very clear that this is not the case.

“I am a very competitive guy, so naturally I see them as a threat,” said Beed. “I am obsessed with being the best at what I do. These other channels started doing full albums after seeing the success of mine, so I guess you could say I see them as copycats who are riding my coattails.”

Beed does however acknowledge the potential boon of healthy competition. “It pushes us to keep up with one another,” he says. “Every business needs competitors to help push them and keep them on their toes.”

Whether or not you concern yourself with the politics of metal curators on Youtube, the next time you’re stoned on the floor of your bedroom staring at the ceiling fan, toss on this album by Elder and think fondly of Clint Beed.