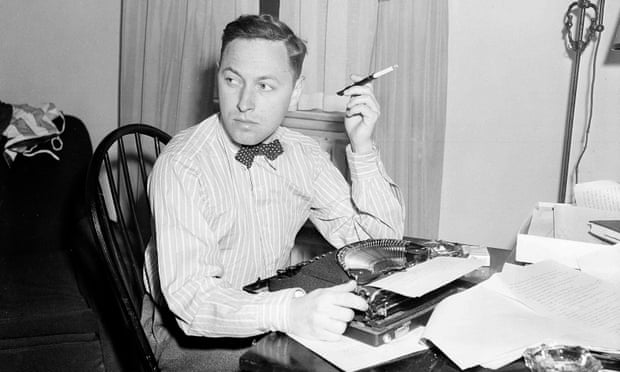 Tennessee Williams’ health was “magically restored” as soon as he crossed the border into Italy. In his memoirs, the author of A Streetcar Named Desire said, “There was the sun and there were the smiling Italians.”

Now, in a previously unpublished short tale by Williams, his protagonist goes through similar emotions – but the Italians aren’t so fond of him.

Williams’ 1952 tale The Summer Woman was discovered in his archives at Yale University’s Beinecke Rare Book & Manuscript Library and was published for the first time this week in the Strand Magazine. It revolves on an American professor who returns to Rome every summer to maintain his romance with a lady he met on the streets.

However, as the years pass after the conclusion of WWII, he notices an increase in anti-American sentiment.

“Every summer, it seemed to him that the hard, gentle faces of workmen along the tracks were just a little bit harder and a little less gentle,” he reflects as he travels by train to Rome. “But this was the first time that a voice was raised from time to time from an occasional group at the passing coaches in a tone that could not be mistaken for friendly.”

Williams’ protagonist hears the term “coco,” which “stood for the so-called coccobacillus that his countrymen were accused of using as a weapon of war in Korea,” and sees the graffiti “Go Home, Yanks!” on the walls.

“It would be better, yes, perhaps it would be more sensible not to even leave the station but to turn on his terrified heels and take the next train north, back to Paris, away from this white sky quivering with heat and these lost people who had hoped for something and been disappointed again as always,” he thinks.

“I have no idea why Williams didn’t publish such a fine piece,” said Andrew Gulli, managing editor of the Strand. This is one of the numerous literary puzzles that has left me perplexed.”

While Williams’ work as a playwright conjures up images of grizzled patriarchs, well-worn suspenders, faded belles, decaying mansions, cynicism for southern grandeur, and lots of empty glasses of bourbon, according to Gulli, The Summer Woman “represent[s] his versatility and courage to step out of his comfort zone.”

“With a few broad strokes, Williams evokes the country’s beauty and genuine friendliness of its people, while masterfully drawing clear parallels between the American protagonist’s seasonal relationship with an Italian prostitute and US entanglements abroad – both rife with conflict, resentment, and disillusionment,” Gulli added.

In the play The Rose Tattoo, about the recently widowed Serafina, a Sicilian immigrant, and the book The Roman Spring of Mrs Stone, about an elderly American beauty who comes to Rome, Williams also examined Italy and its inhabitants. Frank Merlo, his companion, was of Sicilian ancestry.

Williams was “enamoured of the sexuality exuded by young Italian men and the easier relationship between men than back home in the more constrained US,” according to Robert Bray, founding director of the Tennessee Williams Annual Review.

Thanks to Alison Flood at The Guardian whose reporting provided the original basis for this story.