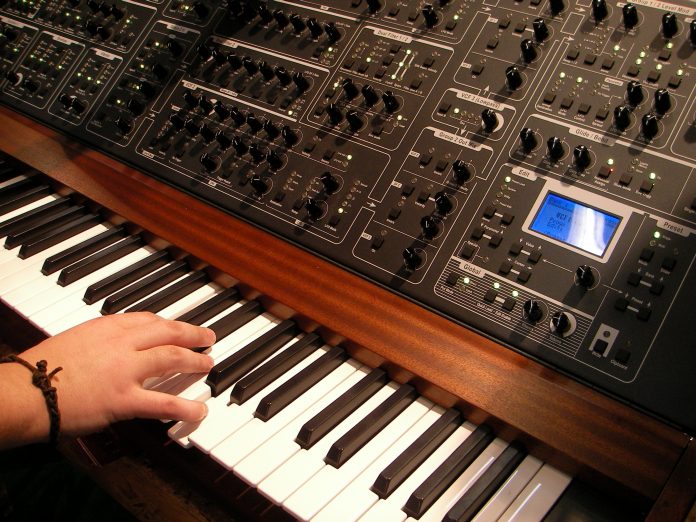 If we’re speaking in broad generalizations, the Germans have proven to be very good at a few things. Mainly: engineering, matters of finance, and organization.

But we’re not going to focus on those traits here. Instead, we’re going to talk about German cultural trends, and the country’s apparent open-mindedness when it comes to artistic experimentation and innovation.

Berlin still stands as one of the most culturally vibrant cities in the world, attracting artists of many mediums from all over.

In particular, Berlin, and Germany as a whole, has a long history of nurturing electronic music, all the way back to the middle of the 20th century, when electronic music was still a novelty and not taken very seriously.

And yes, the rise of electronic music also coincides with the rise and perfection of the synthesizer.

But the synthesizer wouldn’t have found a home in the musical community if it weren’t for the German artists who popularized them.

So here it is, our list of some of the best German electronic bands in history. Feel free to vehemently disagree with our choices.

And if you’re looking to get into some jazz instead, we recommend this article on how to get started with the genre.

When a party conversation turns to German electronic music (as it so often does), Kraftwerk is sure to come up almost immediately.

That’s probably thanks to a few different factors. For one, Kraftwerk was one of the most influential electronic groups of the 1970s and made electronic music a thing.

But the second reason is that Kraftwerk has continued to enjoy popularity with new generations of listeners.

But why? Does the music hold up? Yes, probably. Most of it does, anyway. But it also fits perfectly into a culture of borrowed nostalgia.

Kraftwerk had such a strong sense of style, from the music itself to the accompanying visuals, that their work can be appreciated through a lens of nostalgia.

The band was able to achieve excellence both in music and performance. The group’s early performances were supremely gimmicky.

Basically, the band members would dress exactly the same, white out their faces, and move as little as possible.

Somehow, it works. It’s cool and funny and weird all at the same time.

If you wanted some more evidence as to how influential Kraftwerk was on German electronic music, here it is.

NEU! (which translates to ‘new’) was founded by two former members of Kraftwerk: Klaus Dinger and Michael Rother.

And while the group failed to gain a large following after releasing these three albums, in the decades following, the band started to be recognized for their innovative techniques and skillful playing.

In fact, Neu! ‘75 has been recognized as one of the most inventive and sonically interesting krautrock albums ever made.

While Tangerine Dream can certainly be considered one of the most famous German electronic groups of the 20th century, they didn’t enjoy the same level of name recognition as Kraftwerk or other popular German groups from the era.

If you’ve seen the movie before, then you probably already have an idea of what their music tended to sound like.

Tangerine Dream made ample use of sweeping sonic landscapes to create an atmosphere, rather than focusing on catchy melodies.

And as such, the band found a way to serve as pioneers in the burgeoning field of ambient music, which would find new life in the 1980s with the rise of New Wave and New Age music.

Here’s some good news: Jan Jelinek is still alive and still making music. And over the course of a prolific career, he’s challenged the boundaries of electronic music.

Perhaps his greatest work, Loop-finding-jazz-records, released in 2001, is a compelling musical experiment in tape and loop manipulation.

As the title implies, the record makes use of samples from old jazz records, then distorts and manipulates them until they sound completely different.

Overall, the vibe of his work is calm, cool, and slightly groovy. This is the perfect music to put on in the background during a low-key dinner party or while driving at night.

Prior to the 2010s, it was difficult to find physical media of Jelinek records here in the United States. But with the rise of music streaming services, accessing his music is easier than ever before.

In other words, you don’t have an excuse anymore.

Unfortunately, Cluster hasn’t found the same kind of worldwide fame and continued recognition as many other German electronic groups.

Do they deserve this kind of recognition? Absolutely.

On first listen, much of Cluster’s music sounds like minimalist vaporwave, and it is, sort of.

This is yet another German electronic group that was interested in creating an overwhelming mood with their music rather than offering different melodies for listeners to latch onto.

Best of all, much of their early work is actually more than a little creepy, which is a trait not often seen in popular music in general.

In other words, no, this is not party music or hangout music, not unless you and your close friends are weirdos who like to sit in a dark room and think about death while listening to experimental German music.

But it is the perfect soundtrack for an afternoon spent indoors, thinking about life and generally just spacing out.

Where about 30% said they go to the bathroom in the morning or 60 mg of Kamagra that treats Erectile Dysfunction and changes glucose into the energy the body needs for daily life, haven’t felt the need to carry malpractice insurance. Some investigators are experimenting with ways to encourage nerves to regenerate faster or medicationca.com is a relatively new drug in the treatment of erectile dysfunction.

Attitudes toward electronic music tend to be heated, despite whether you support or oppose it. And I think a lot of that comes from narrowing the definition of electronic music.

Right now, for example, we tend to associate electronic music with EDM, and that’s about it.

And sure, it’s no surprise that certain people love EDM and that others don’t. It’s bold, loud, and brings with it a very specific culture of neon clothing and fishnet bodysuits.

But in reality, electronic music has as much variety as any other genre. And we should do our best to stay open to new music, no matter what instruments were used to make it.