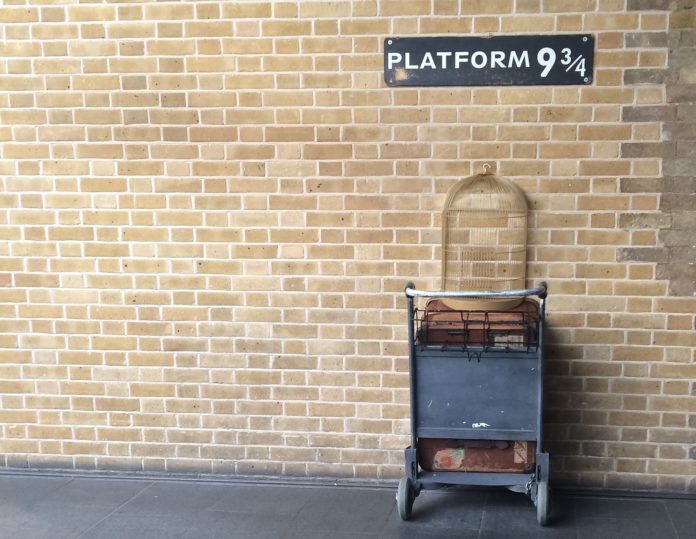 I don’t think we’ll ever really be able to get away from the Harry Potter series, especially those of us who grew up with both the books and the movies.

It’s hard to believe now that there was a time when the film series’ success was not a sure thing, far from it.

These movies could have been terrible, and they weren’t. Somehow, they all just kept getting better and better, in different and subtle ways.

We’ve taken the time to rank the Harry Potter movies in order, from worst to best, largely based on rewatch value and how well they stand up on their own as movies, and not as just another moment in the series that relies on the movies around it.

Certain critics have made a great case for this movie, especially in regards to the work it did to set up the epic conclusion to an entire franchise.

But the fact is, Deathly Hallows Pt. 1 is pretty dull, and at the same time, it’s incredibly stressful, both for the onscreen characters and the viewing public.

It’s a movie about some teens camping in the middle of nowhere, while also worrying about some pretty heavy stuff.

Oh yeah, it’s also the one where Hermione wipes her parents’ memories so they won’t remember that she ever existed.

This movie just doesn’t have much rewatch value, a trait that nearly every other installment has in spades.

This movie is probably the closest the Harry Potter series ever got to being just a regular action movie, with little concern for the carefree days that Hogwarts used to offer.

Similar to Deathly Hallows Pt. 1, much of its purpose is just to set up a lot of different elements that will be important at the very end of the series.

The Death Eaters are a pretty significant portion of this movie, and every one of them is acted to perfection. In particular, Helena Bonham Carter steals the show as Bellatrix Lestrange.

The very first movie in the series did the sacred work of setting up our main cast of characters as well as introducing us to the magical world of Harry Potter.

However, it didn’t really have a great budget or sense of style to start out with. It had to create a magical world from scratch while also living up to the expectations of the millions of kids who had already read the book.

Somehow, it did all of that and more. It’s also the movie that stays pretty well pinned to a typical year at Hogwarts. The kids almost never duck out of classes and roam the countryside, as they do so often in the later films.

It’s fun, but it ultimately fails to hold up many years after its release.

It’s the last one, and that alone earns it a decent spot on the list. This movie wraps up Harry’s storyline beautifully, all while being the most exciting and mature movie the franchise had ever seen.

Long-held questions are answered, long-loved characters meet their demise, and He Who Must Not Be Named finally has to deal with the powers of good.

It also ends with the famous look into the futures of all these characters, who they end up marrying and staying friends with throughout the years.

It put fan theories to rest while spawning thousands of new ones. For example: should Hermione really have ended up with Ron? We’ll let you decide.

4. The Chamber of Secrets

In terms of rewatch value, Chamber of Secrets is pretty high up there. It’s an example of where the series started to mature without getting too creepy and scary for young audiences.

Christopher Columbus returned to direct the second film in the series, and he upped his game on just about every level.

The sets are more impressive, the visuals are timeless, and even the acting and performances reach new heights.

3. The Goblet of Fire

We’ve said it before, but this is the Harry Potter movie that feels like one long episode of a TV show about high school.

The stakes are generally pretty low, except for Harry himself and of course Cedric Diggory. It even has a full-on high school dance filled with petty squabbles and melodramatic tears.

And all of that is packed into the main storyline of an inter-curricular sort of Olympics for young witches and wizards.

This is the movie where we really start to see the characters grow and try to adjust to their new responsibilities.

2. The Order of the Phoenix

At number 2 on the list is The Order of the Phoenix, the fifth movie in the series overall.

To put it simply, this is the movie where the kids started to actually get involved in the larger problems of the wizarding world.

Dumbledore’s Army is an institution I wish had lasted through the rest of the movies in the series. I just love the concept of Harry and his pals finally taking things seriously and training real hard to prepare for some run-ins with the bad guys.

It also ends with the death of one of the series’ most beloved characters, in a scene that has been cemented in the memories of true Harry Potter fans forever.

1. The Prisoner of Azkaban

A lot has already been said about The Prisoner of Azkaban. It’s just the best Harry Potter movie, hands-down, even despite the ire of many book-readers who thought it didn’t end up close enough to the original text.

But that’s exactly what sets it apart as a great movie. It takes liberties when it needs to, all to give the viewers some entertaining scenes that build toward a satisfying climax and resolution.

Alfonso Cuaron directed this installment, and there was no good reason to think that he would be able to pull this off.

It took a leap of faith on the part of studio executives and a huge creative team to entrust this dude with the fate of an entire series.