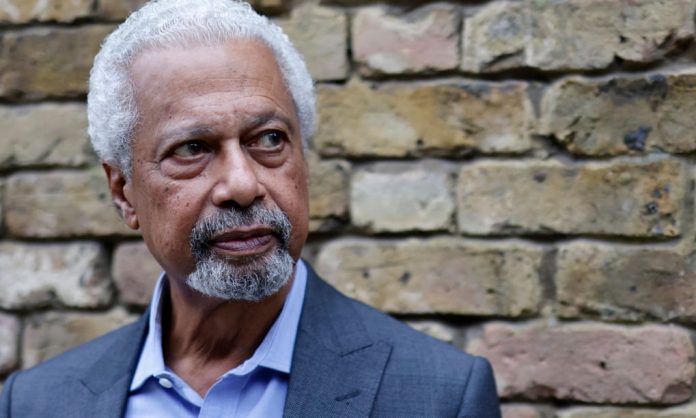 Abdulrazak Gurnah has been writing about individuals condemned to the forgotten corners of history for more than three decades, with a quiet and unyielding determination. Gurnah, who was born in Zanzibar in 1948, left political oppression at the age of 18 and resided in England.

He has committed his writing career to analyzing the myriad ways that human beings might find themselves in exile: from their homes, families, and communities, and, perhaps most crucially, from themselves.

He is the author of numerous short stories and articles, as well as ten novels. His stories take place in the intimate spaces produced by families, companions, and friendships: spaces that are nourished by love and duty while also being vulnerable by their very nature.

He delicately outlines what it is that maintains those families, friendships, and loving places intact, if not totally whole, in book after book as he walks us through seismic historic times and tragic societal ruptures.

Many of his writings, particularly his first novel, Memory of Departure (1987), deal with state betrayals and broken promises, as well as those who leave home in pursuit of a better life. His second novel, Paradise, which was shortlisted for the 1994 Booker Prize, is a sincere – and devastating – study of the price of German colonization and political violence set immediately before World War I.

It feels like a precursor to his latest novel, Afterlives (2020), which opens in the midst of a 1907 uprising against German colonisers and unfolds to offer us psychologically complex characters who struggle to maintain their families and communities in a small coastal town on mainland Tanzania over generations and through transitions from German to British rule.

The Last Gift (2011) and By the Sea (2001), both of which were longlisted for the 2002 Booker award and shortlisted for the Los Angeles Times book prize in fiction, depict the lives of refugees attempting to establish themselves in England. Gurnah explores the concept of belonging and if it is possible to truly leave the past behind in these works.

Each of Gurnah’s novels focuses on people whose stories may not have made it into the archives or who lack the documentation that would make them famous in the wider world. But these merchants, homemakers, askaris – local soldiers serving in colonial forces – students, and refugees all matter to him, and he makes them important and complicated in the course of his writing, reminding us that each one is deserving of remembrance.

Gurnah’s work has received more resonance and importance in recent years, as a series of humanitarian crises have compelled desperate people to risk their lives in the hope of greater security and a better future in Europe. “The debate over asylum is twinned with a paranoid narrative of race, disguised and smuggled in as euphemisms about foreign lands and cultural integrity,” he said in a Guardian column in 2001.

Gurnah’s novels insist on removing the power of this “paranoid” narrative, not by yelling over the conversations, but by providing that steady, relentless, unflinching voice that quickly becomes the only sound heard.

Thanks to Maaza Mengiste at The Guardian whose reporting provided the original basis for this story.

Like the Taj Mahal? The Palestinian Refugee Settlement that Wants to Be a UNESCO

‘Police Would Have Fired If It was the UK’: Trump’s Capitol Hill Riots Film