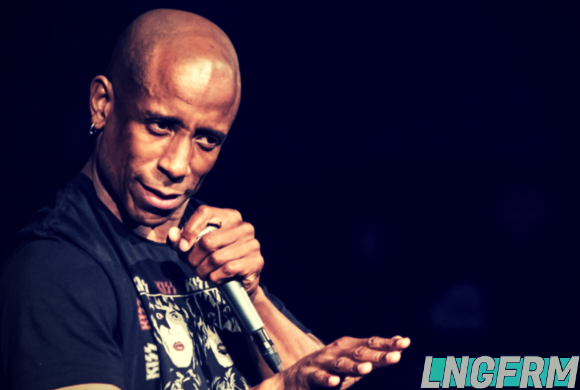 Stand-up comedy is one of the most popular forms of live theater in existence. It’s so popular in fact that stand-up is no longer considered to be theater at all. It has become its own genre, its own art form.

And even today, stand-up comedians are still able to attract incredibly large audiences.

They also have a much easier time transitioning to movies and television, probably due to the fact that they’ve already demonstrated their comedic skills through their work.

It’s a highly seductive art form, meaning when you watch someone having a successful stand-up set, it can inspire you to try out stand-up for yourself. Most cities offer a number of open mic nights at local bars where you can perform for 5 minutes, often free of charge.

This article will focus on how to do stand-up comedy for the first. But what we can’t tell you is what to say or how to be funny. Those are skills that you’ll have to work on.

Above all else, we’ll recommend avoiding any thoughts that stand-up will be easy or that you’ll do a great job right off the bat.

Sure, some comedians meet with early success, but for most, it takes years to build up different writing methods and delivery techniques that get more consistent laughs.

Alrighty then, let’s get started.

Ok, so technically you don’t have to prepare any jokes ahead of time. You could improvise for the full five minutes, but this wouldn’t strictly be considered stand-up, but rather improv comedy.

And if you’re not generally comfortable on stage, then having prepared material to refer back to can help you relax a bit more and remain confident in your jokes.

There’s no one way to write stand-up jokes. It’s important to find a method that works best for you.

One popular method nowadays is to tell stories rather than jokes. These can be stories about your daily life or the things you tend to think about in your free time.

And of course, talking about politics and current events is a reliable method for engaging the audience.

Instead of writing down every word of a bit you’ve just created, just write down phrases that will remind you of the bit.

Many new stand-ups use their phones on stage as a way of keeping track of what they’d like to talk about.

It’s easier now than ever before to watch stand-up comedy, especially when using the internet.

You can find popular comedy specials, obscure shows in small venues, and, most importantly of all, you can find a huge number of podcasts and panel shows where comedians talk about comedy.

These resources are extremely valuable to young comedians. Professional comedians often discuss the lessons they’ve learned after years of performing. They talk about common mistakes to avoid and how to find your comedic voice.

Almost all of this content is free to the public, offering a no-cost stand-up comedy course.

You should try to avoid direct imitating famous comedians exactly, but you should feel free to borrow certain techniques and delivery styles.

As you try these techniques out on stage, you’ll get a much better sense of whether you’d like to keep using them.

It’s important to remember that you can practice your stand-up routine before getting on stage for the first time.

For one, you could perform your routine in front of a camera, and watch the footage to get a better sense of what you’re doing right and what you could be doing better.

It may sound silly or narcissistic, but many professional comedians recommend this method as a way of finding ways to improve.

If you don’t want to record your practice sessions, then you can ask some friends to listen to your routine.

Bring Some Friends Along

Try to bring some friends along with you on the night of your first stand-up performance.

And sure, if you’re planning on working towards a career in stand-up, you won’t always have friends and loved ones there to support you, but for your first round, it’s not a bad idea. Having your friends there will help you stay confident while you’re performing, and you also might get some guaranteed laughs that will help encourage the rest of the audience to join in.

Your friends will be excited to support you and may even want to try stand-up for themselves.

No matter how much you practice beforehand, you’re still going to experience a certain amount of stage fright before and during your performance.

You may want to check out this article on how to deal with the anxiety of performing on stage for the first time.

It’s completely natural, and expecting it will help you cope with these anxieties.

Even if you start feeling extremely nervous while you’re performing, do your best to stay calm and looks for signs of a positive response in the audience.

If even a few people are laughing at your jokes, it’s a good sign, and it means you’re doing something right.

And even bombing is a common experience among stand-up comedians when they’re just starting out. It’s a way of earning your stripes and being respected among your peers.

Don’t Be Afraid to Try Some Crowd Work

Crowd work is the technique of speaking with members of the audience as a way to make the audience feel more involved. It’s also a great method to use when you don’t have enough material to fill your time. Ask audience members where they’re from, what they do for work, or just what they think of the show.

The idea of this confrontational performance style can be intimidating to inexperienced comedians, but it can make for a more memorable show.

Ask for Suggestions and Critiques

If you want to continue doing stand-up, then the most important step of the performance process is to ask for suggestions and critiques of your performance.

At first, this may be friends or family members who were at the show, but as you continue it will more likely be fellow comedians who will give you brutally honest critiques.