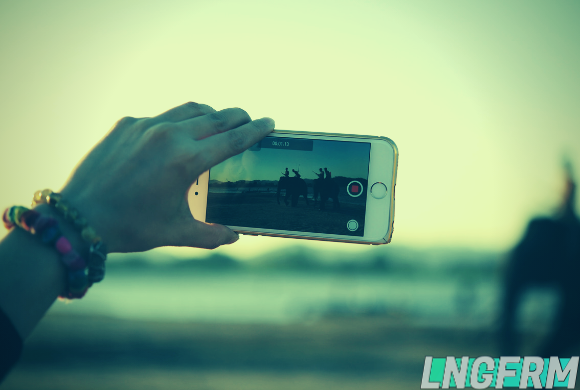 Low-budget filmmaking used to be more than a little difficult. John Waters rented film cameras (under the table) from TV station employees. John Cassavetes had to work out sly deals with major movie studios to borrow supplies.

Those days are long gone. Cameras and audio equipment have become more accessible and far less expensive. You don’t even need to worry about film stock, just digital storage, which becomes less expensive and more convenient each year.

You can make a movie right now, but the trick to low-budget and no-budget filmmaking has always been how to make the finished product look professional, or at least close to professional.

This article will run through the basics of how to make a low-budget movie look professional, during the shoot itself and post-production tweaks.

In terms of approximate cost, sure, you could make a short with nothing more than the phone in your pocket and a few friends, but if you want to approach pro video and sound, expect to spend a few hundred dollars on supplies. Not a bad deal when you compare it to the hundreds of millions of dollars that major studio pictures now require.

All set? Let’s get started!

Modern movies need two things: visuals and sound. We’d like to say that both are equally important, but in the low-budget realm, nailing down your visuals is absolutely key.

Later on we’ll discuss some techniques for the shoot, but first and foremost, you’ll need to choose your camera(s).

As we already mentioned, it’s possible to simply shoot vide on a smartphone. The obligatory reference point here is the 2015 movie Tangerine, which was shot entirely on iPhones, with the help of an app that took care of color grading and some additional technical tweaking.

If your budget is $0, then this may be your only option. Just make sure the phone or phones in question have plenty of storage space for all the videos you’re going to take.

If you’re looking to up your game, then you have a few viable options. A used GoPro can be a solid one-size-fits-all solution, but you won’t be able to change out the lens.

A used DSLR ($200-$300 for a decent body) is probably the best option for most low-budget filmmakers. Modern DSLRs, regardless of pricepoint, all have excellent sensors, resulting in crisp video quality. The ability to adjust f-stop can give you a beautifully shallow depth-of-field. 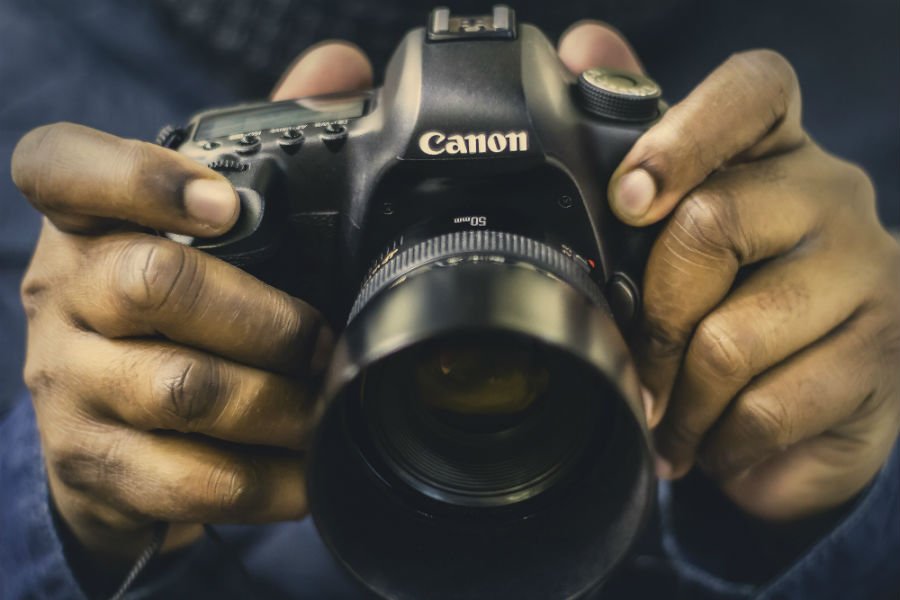 In most cases, the camera body itself is less important than the lenses you use with it. You may get a lens with the camera, or you can go hunting on eBay for older used lenses.

Best of all, there are thousands of online videos and tutorials explaining how to shoot high-quality, cinematic video on a DSLR.

Don’t Use an Onboard Mic

Regardless of which camera you’re using, DO NOT record the audio for your project with the onboard mic. Why? For one, they tend to be bad. But there are also times when the camera won’t be close to the action and so won’t be able to hear your actors.

Just like on professional film sets, you should record sound on a separate device.

You can use a portable recorder, many of which have a built-in mic that’s several steps above a phone or camera mic. There are also many directional mics that plug right into a recorder or camera.

Just make sure to slate (a clap is fine) before each shot so that you’ll be able to sync the video and sound during editing.

Get Your Lights Right

The cheapest option is to shoot a lot of exteriors, using natural light to illuminate your scenes. But if you’re shooting video over a long period of time, that light will change, in brightness and color temperature, which will make editing a nightmare.

For interiors, try using a high-wattage light bulb, a hardware store work light, and a reflector board (which you can make from cardboard and foil). 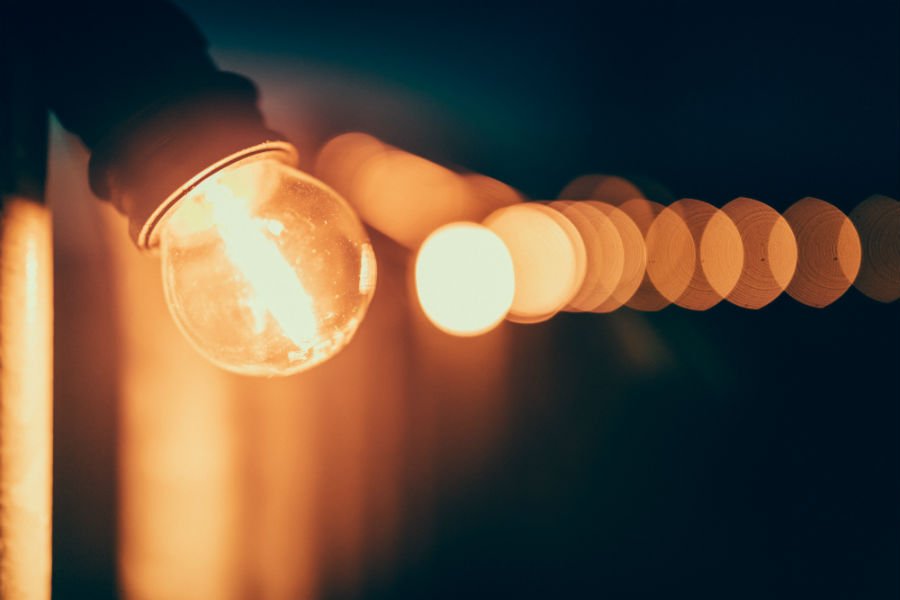 None of these elements is expensive, and your footage will look far more cinematic than it would if you only used the overhead lights already in the room.

It looks unprofessional and it can even make the audience nauseous if it keeps up for too long.

You probably won’t be able to afford expensive camera gimbals and stabilizers, but there are still plenty of ways to stabilize your shots for a more professional look.

A tripod is an easy solution, and there are plenty of inexpensive options on the market.

If you can’t get your hands on a tripod, find a safe place to set the camera. Stack books on a coffee table to put the camera at the eye level of your actors.

When holding the camera for a particular shot, try to keep yourself steady by leaning against a wall or staying close to the ground.

A major component of any professional film production is editing and image adjustment in post-production. These tweaks take place in professional editing software like Avid and Adobe Premiere Pro.

Even if you can’t afford these high-end editing programs, you’ll be able to find plenty of inexpensive or even free options online.

Most programs offer basic editing features, but what you really want to focus on is the color correction feature. 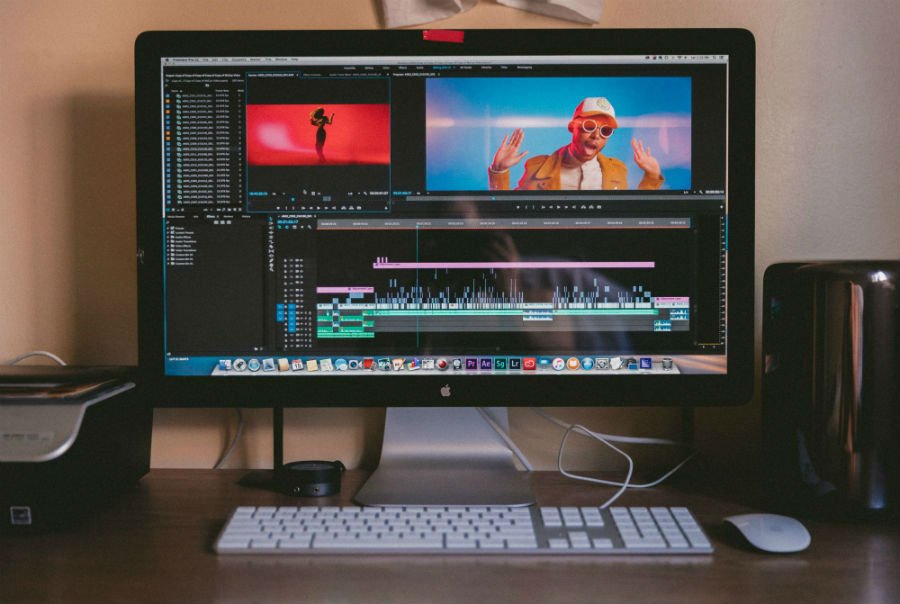 Each movie uses a specific color palette to help tell its story. Altering the color of your footage slightly is the perfect way to make your footage look more professional without using expensive cameras and lenses.

Just remember that when it comes to the color correction of your project, less is more. Keep your tweaks subtle. If your footage looks overwhelmingly blue or orange, you should probably roll back the intensity. We highly recommend seeking out tutorials that explain how to make your adjustments.