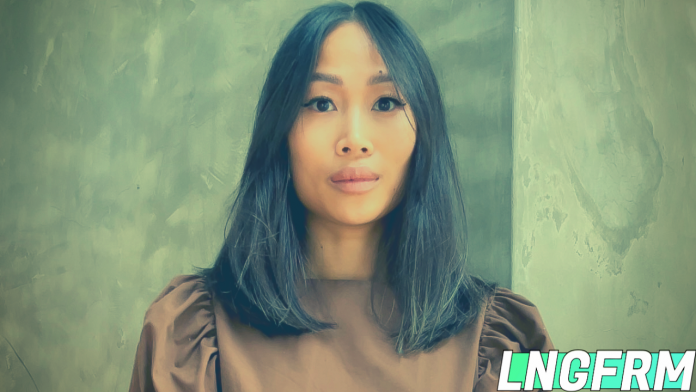 If you’re unfamiliar with their work, coordinating producers basically have a lot on their plate at all times.

They are responsible for so many tiny details of each production, and that list of responsibilities often comes with tight deadlines and very little room for error.

It takes a special kind of person to not only handle all this work and pressure but to enjoy every second of it as well.

Michelle Nguyen has been working with Dakota Pictures since 2015, and in that time, she has produced an impressive slate of comedy entertainment for the likes of Netflix, HBO, and NBC, including ‘The Standups,’ ‘The Brian Regan Show,’ ‘Hidden America with Jonah Ray,’ and ‘George Lopez: The Wall – Live from Washington D.C.’

We recently interviewed Nguyen about what her work has been like over the past year, in the midst of a historic pandemic.

It’s clear that Nguyen greatly values the opportunity to bring comedy to massive audiences around the world, and we’re excited to see what she ends up producing next.

Can you tell us about how your production work was affected by the pandemic, if at all?

Nguyen: At Dakota, being at the forefront of alternative comedy has always been a tremendously challenging process. I have become a part of a process that has shaped most of my abilities to bring any film together in unique and compelling ways.

If the last year made anything clear to me and our producing teams, it was that in the face of a challenge, we can always find ways to continue to bring stories and laughter to home screens.

For us, it became clear how malleable and ever-growing the film and television industry is. As we were faced with unknown variables and the industry came to a halt, we weren’t sure what the coming few months were going to look like. But I was able to charge ahead in leading our multiple producing teams and the year turned out to be busier than ever.

Do you think Dakota Pictures was well prepared for continuing to operate under adverse conditions?

Nguyen: It has always been a part of our DNA to operate under extremely trying, and oftentimes adverse, conditions. Despite the last year being incredibly difficult for many, my teams and I were able to reset quickly.

Along with other industry leaders and organizations, we were able to come together in setting a plan for a safe way forward while following government, as well as industry, guidelines in our return to work and filming procedures.

It was important to me, the company, and the teams to continue our work in bringing people stories and a space to recharge in the midst of a changing reality for.

Did you feel that there was special value to producing comedy content during a pandemic?

Nguyen: For me, there was immense value and priority in plowing ahead. Not only did I feel a thirst to continue to tell stories and provide a place of relief for many people at home, but I also knew our responsibility in our unique skillsets and what we could bring to the table.

In a year when difficult circumstances became the norm for all of us, the value and pressure were greater to continue producing and filming for me and the teams, a challenge which I believe we took on with great motivation and care.

Standup comedy in particular benefits so much from a live audience. Are you excited by the eventual return to live shows?

Nguyen: Having been able to continue to provide humor to the world has been an immense honor and so important. We’ve been able to safely follow CDC guidelines along with industry-wide restrictions in continuing our work and telling stories.

It’s been amazing to come together and laugh, safely, at work. But more so, for all audiences, it has become incredibly clear how priceless it is to have options to come together for live events, which is a responsibility we have valued with great care.

How long have you worked with Dakota Pictures?

Nguyen: I have been with Dakota Pictures since 2015. In my time here, I have seen an ever-evolving process of creativity and growth. It has been an amazing journey propelling the company forward. Being able to craft a top view and long-term production slate for the company is a challenging process. The teams and I always try to move forward.

Which of your projects so far was the most creatively satisfying?

Nguyen: Getting to produce Nate Bargatze: The Greatest Average American for Netflix in 2020 was a whirlwind process. It was extremely trying but also immensely stimulating to bring these films to fruition in the middle of a pandemic.

Being given the new variable of filming standup, a process that can often be very intimate to each comic, but now out in the open, we saw it as an opportunity to create a new dimension and space for the audiences at home.

Can you tell us about some of your upcoming projects?

Nguyen: We have yet another few amazing years ahead of us. This year we will be producing a few of the biggest comedy series and specials for Netflix and HBO Max. We cannot wait to bring another legendary talent back to the stage for a once-in-a-lifetime comedy experience for Netflix. It will be a groundbreaking way of telling a story through standup and we are excited to pave the way for this era of digital and virtual innovation.