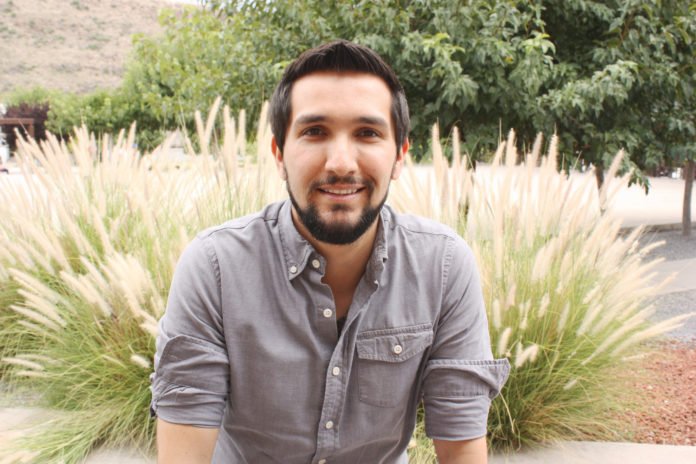 I think we all know pretty well by now that attention-catching content is extremely valuable these days. But those of us who don’t have little ones running around might not know that it’s just as big a business when it comes to kids’ content. And unfortunately, there are lots of folks making absolute garbage that kids will watch on a loop without thinking, thanks in part to the scourge of YouTube’s autoplay feature.

This is why it’s more important than ever that we, as a people, create kids’ content that’s actually healthy for them to watch, educational and fun at the same time, stimulating their little brains in healthy ways, protecting them, even if just for a moment, from the nonsense that awaits all of us on the back pages of the internet.

Enter Eduardo Garcia Rascon. He’s the boots on the ground in this good fight. His edutainment channel, HiDino, crafts fun singalong videos that delight the kiddos with fun songs and vibrant animation.

We invited Garcia Rascon to the LNGFRM offices to talk about how the beginnings of HiDino and the importance of communicating positive messages to kids.

What’s given you a competitive edge in the world of entertainment?

I’ve always tried to be very versatile and learn to write different kinds of music, which I think is very important in this business. I have been faced with instances where I was asked to write music in a certain style I hadn’t worked with before so I’ve had to listen to music in the same style and analyze it to understand why it sounds the way it does, and be able to create original music that conveys the same message and emotion.

Tell us about how you first decided to get involved with writing film scores.

Well there are two things I have always loved: music and film. It is thanks to brilliant composers like Alan Menken and John Williams that I developed a strong desire to compose myself. I grew up watching the movies they scored and many of them are my favorite movies (and scores) ever. Films like ‘Aladdin,’ ‘Hercules,’ ‘Star Wars,’ and ‘Harry Potter.’ I can watch and re-watch these movies and I just never get tired of them. So when I started studying at Berklee College of Music and I saw that they had a film scoring major I realized that that was it for me. It was an easy decision.

Do you enjoy writing for HiDino?

I love it! Animated films have always been my favorite, and with HiDino I get to write songs for animation, similar to what Alan Menken has done with Disney. And since these are all songs with lyrics, I am basically a storyteller because, through my songs, I basically define what the animation will be about, what will happen and how it will develop, so many of them feel a little like a short film, which is fantastic.

Does writing music with an educational aim present any special challenges?

It certainly does. You need to be able to make children learn something without them realizing it. Which is basically what kindergartens do. In my case I try to think of a fun story that has some kind of development, even if it’s subtle, and then write catchy melodies and lyrics that aren’t very complicated so that they memorize them easily. And then you have to have repetitive lyrics that vary slightly, but have the music evolve so that it does not become tedious. The good thing is that children take way longer than adults to get tired of something. They aren’t as bothered by repetition as us adults.

How do you incorporate your cultural background into your work?

I am starting to write some songs that are about themes that have to do with my culture. One example is a song I made called “Rompe La Piñata!” (Break The Piñata!). Piñatas originated in Mexico and are known throughout the world. So in this song I took the traditional song that we sing when we are breaking the piñata, then I added more lyrics and wrote a whole new section to expand on it. Then I passed it along to the animator with very specific instructions as to how I want the breaking of the piñata depicted so that it stays true to the way we do it in Mexico, even some really small details like having the kids use the piñata’s spikes (once it is half broken) to keep their candy inside. This shows other cultures a very important tradition we have, and people who are from Mexico immediately recognize it and feel represented.

What do you hope HiDino will look like 5 years from now?

I want HiDino to be a whole brand. We will keep creating short children’s songs and animations on YouTube, but eventually I’d like it to become a TV show with episodes that have longer stories, dialogue, songs, and background music, or even short films. We’d like to have popular characters that children love and can have as plush dolls, stickers, and even candies. We’d also like to work with other similar brands to produce new content. I also want to create video games for smartphones and tablets.

Are there any dream projects that you’d really enjoy working on in the future?

I would love to write the score and songs for animated films in the style of the typical Disney film where the characters are singing on-screen, or musicals (like ‘Chicago’ or ‘Nine’). I would also love to compose for musical theater, which is basically the same structure but played live.

Who are some of your professional peers that you really admire?

From what I’ve been saying you can probably guess that the person I admire the most is Alan Menken. Sometimes it’s hard for me to believe how amazing his music is. Go listen to “Friend Like Me” (‘Aladdin’), “Be Our Guest” (‘Beauty and the Beast’) or “Zero To Hero” (‘Hercules’) and tell me it isn’t so.