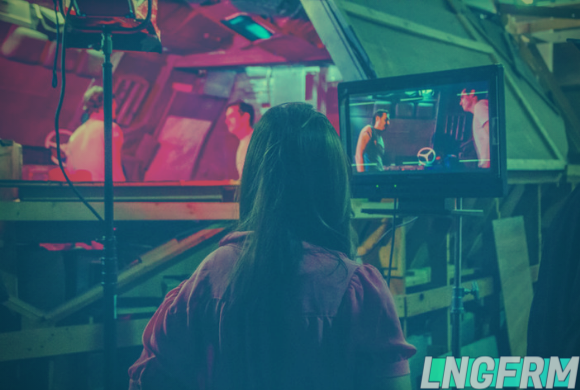 A million and one tiny pieces

I don’t mind admitting that I like puzzles quite a bit, the more difficult the better. When I first open up the box and dump the pieces out, the idea of ever finishing the puzzle can be intimidating. There might be 800, 1,000, or even 3,000 pieces in a big pile, just a blob of colors and strange curves.

Putting it all together requires me to do two very different things at once: pay attention to the small details and keep an eye on the big picture.

Filmmaking really isn’t all that different from this slow-going experience. Every single detail matters a great deal, but if the director, the cast, and the crew don’t remember what the overall goals are, those tiny decisions are more likely to go wrong.

Katherin Hussein is an award-winning director, producer, and editor, a combo that’s fairly rare in entertainment. She delights in doing as much preparation as possible while also tackling on-the-spot problem-solving when the cameras are about to roll.

How do we know all this? Well, LNGFRM recently had a talk with Hussein about the emotionally and physically taxing job that is professional filmmaking.

Fascinated by horror films from an early age, Hussein slowly started to create creatures of her own, many of them carrying symbolic significance with regards to personal demons or broader social topics.

Below, you’ll find Hussein’s thoughts on the nitty-gritty aspects of filmmaking, from hiring crew members to figuring out what each movie should communicate to the audience. If you’re looking for more, we recommend visiting Hussein’s website, which can give you some additional background info as well as info on her current projects.

Are there any contemporary filmmakers, besides yourself, who you think are doing a great job of creating modern monster movies? For instance, are you attracted to the work of directors like Panos Cosmatos?

Hussein: Yes, David Robert Mitchell utilized a great concept with ‘It Follows.’ The movie created a high level of suspense with something that only has a human body.

Panos Cosmatos has an incredible style and that’s the sign of a great director, when you are able to see a movie and figure out who directed it. In the case of his feature film Mandy, it was very intense, dark, over the top, dreamlike, and violent. The score was mind-blowing. The colors and photography were magical. And what I really respect about him was how the aesthetics were very similar to those of his previous feature, ‘Beyond the Black Rainbow.’

That’s what I try to have in my own films, a personal aesthetic that can bring a story to life with original monsters and feel.

What draws you to monster movies or movies with heavy horror and fantasy elements?

Hussein: When I was little I used to be afraid of almost everything. I grew up in a small town in Venezuela, in a very big house. At night, and sometimes during the day even, my siblings and friends used to tell me horror stories. As a result, I had a hard time sleeping. I kept on imagining monsters and ghosts attacking me, and terrifying sounds creeping from the stairs. To cope with this fear I began to write down all of my imagined creatures in a small notebook.

Shortly after, once I’d begun to get more comfortable with the dark side of the world, if you will, my older brother introduced me to horror films. One of the first ones I watched was ‘The Exorcist’ with Linda Blair. It was a new feeling I’d never experienced really, and it just amazed me. How could something terrify you and entertain you at the same time?

After this introduction, I began to research horror movies myself. I wanted to know more. I wanted to know more about the basic instincts of the human psyche and how fear correlated with survival. I learned that people, deep down, want to be scared, that it gives a certain high, a high that makes them want more. I was hooked immediately and ever since I’ve been experimenting with ghosts and monsters in my films, trying to attach them to current social issues or everyday experiences a larger audience can relate to.

When you give a face or a name to something that scares you, it will help you face and overcome that fear. I think in this way horror movies can be truly cathartic. 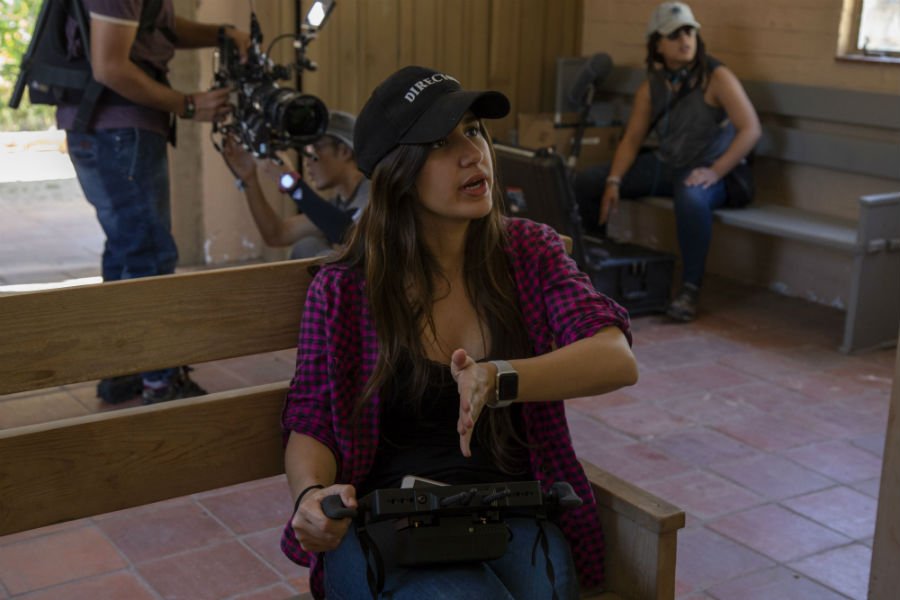 Which of your projects taught you the most about filmmaking and the challenges that come with it?

Hussein: The proof of concept for my first feature film, ‘The Unfinished.’

The story follows Phi, a recently orphaned twelve-year-old, and her dark journey in stopping a monster that disappears from an unfinished painting, wanting to destroy her mother’s artistic legacy.

It was very challenging to make the proof of concept for ‘The Unfinished,’ but the results were great. Having a clear vision of the monster and the effects that were going to make the monster believable helped communicate the vision to the crew.

Do you have any interest in potentially creating television programming that explores horror and fantasy, or do you prefer to work in film?

Hussein: Definitely, I love to tell stories, regardless of the format.

What is your greatest strength as a director?

Hussein: For me, the characters drive a story. They drive the plot. If written correctly, they can make us feel a lot of different emotions. Characters are what I remember the most after watching a movie. The effects and explosions are always good, but every movie can have those elements and still not be original. Characters are the face of the movie. They make your story different from the rest.

I put a lot of effort to craft my ability to develop interesting characters with interesting goals and then communicate my vision to the actors.

It’s the element that I care about the most when I’m on set and even in pre-production.

What does it feel like to show a finished film to an audience for the first time?

Hussein: Bittersweet. I’m always nervous before projecting my films on the big screen. I’ve seen that film millions of time, I know every mistake, everything that I would’ve loved to do but wasn’t able to. My head is scanning the entire movie before even starts, minute by minute.

I’m not going to lie, I feel like that every time before the film starts, but after it begins I feel comfortable and excited. Every time I hear a ‘wow’ or a laugh, it’s the perfect reminder that that’s the reason why I worked so hard on this project.

Which do you enjoy more: the technical aspects of filmmaking or the big-picture decisions?

Hussein: Big-picture decisions. I love to work on the artistic aspects from the beginning to the end.

Organizing the film crew, as a Producer and Director, I love to be involved with the hiring process. For me, it’s super important to know the people who are going to work on the film, see their creative input and their personality. I simply enjoy every creative process and discussing it with my crew.

It’s like a jigsaw puzzle that you are putting together piece by piece. You don’t see the final result until you are in the editing room.

How important is score music to your overall vision?

Hussein: Music score acts as another narrator in my films because every instrumental track can tell its listeners a story. It’s a very important element inside the storytelling because it can even narrate a story without any visuals attached to it.

The music accentuates emotional beats, it reinforces or foreshadows narrative developments. It gives meaning to a character’s actions or translates their thoughts. Most importantly, it creates emotion.

If I create the most horrible creature and just show it without any atmospheric score, it won’t have the same effect that a monster would have on its own. In the end, everything needs to come together to make the audience feel something.