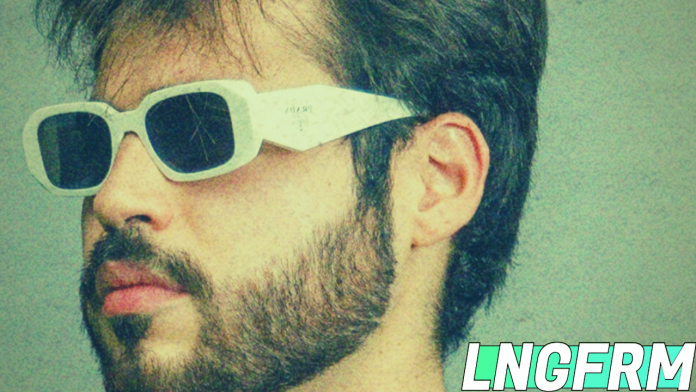 Production Assistants don’t get talked about all that much in the mainstream entertainment press, but anyone who’s worked on professional productions will know very well that PAs, as they’re typically called, are extremely important to how any set functions.

PAs are responsible for many different things depending on the circumstances, but in general, they keep things running smoothly, doing whatever needs doing at the moment.

René Guajardo is an independent filmmaker in his own right, but he’s been working as a PA on major productions for quite a while as well. So far, he’s worked on shows like The Orville, Disney’s High School Musical: The Musical The Series, and Ted.

Prior to these shows, Guajardo also worked as a PA on music videos for the likes of Billie Eilish, Bruno Mars, Doja Cat, Travis Scott, and Bad Bunny. He’s also worked on commercials for big brands like Nike, Amazon, and Spotify.

LNGFRM’s interview with Guajardo focused on the ins and outs of Guajardo’s PA work and how it has influenced his other filmmaking projects.

Check out the full interview below!

You’ve worked quite a bit as a PA. Can you tell us how you got started as a PA?

Guajardo: I started working as a PA on commercials for top brands and musical artists when I interned with Partizan Entertainment back in 2021. During this time, I was actually finishing up my last semester of college, which was remote due to COVID-19.

Luckily, I was one of the few that got to have an in-person internship during the pandemic. I moved to Los Angeles from my home in Mexico as soon as Partizan told me that I could be on set for an Amazon commercial since I knew it would be an excellent opportunity to kickstart my career in entertainment. I worked for five months on music videos and commercials, and those projects opened the doors for me to enter the big-budget television industry. What do you think is one of the biggest advantages of being a PA on major productions?

Guajardo: The biggest advantage is that you get to experience the production from multiple angles: creatively, logistically, and business-oriented. You learn everything necessary for a big production to function smoothly, and it is incredible to see all the work behind the scenes.

As a Production Assistant, you see all the departments working in their craft to make the show a reality, and that’s truly amazing. By working on big productions, you work alongside every level of the crew and familiarize yourself with what is needed to reach your career goals.

What did it feel like to start working on major TV shows?

Guajardo: I felt that I was finally taking a step up into the business that I really wanted to work in. Though I really enjoyed working with big artists and companies, my favorite form of storytelling is narrative filmmaking, like in scripted television shows. When I started working on The Orville, I knew that I was finally on the right path. It’s very inspiring working alongside people you look up to on major TV shows, and it solidified my goal to work at that level one day.

Have you ever felt intimidated or nervous when working with a famous client?

Guajardo: I’ve never felt significantly intimidated while working with famous people, and the majority of celebrities I’ve talked with have all been great. Most of the time, I feel inspired by these people, and working alongside them is an honor. Rather than letting nerves dominate, I think it’s most productive to learn from all crew members and talent, regardless of their position. Do you notice significant differences in how various production teams operate?

Guajardo: I definitely do. The main thing that varies is how the production handles the workload. Some productions can feel more relaxed, and some can feel very busy, though it also depends on the day. I’ve been lucky enough only to have worked with amazing people, and I feel very grateful for that.

A primary factor of the production is its budget, which affects the work environment on many levels, including the workload and collaborative processes. But production teams are human teams, and each person contributes their own personality, too, so it’s always interesting to meet and collaborate with new coworkers.

What’s the most challenging part of PA work?

Guajardo: The most challenging part of being a PA is when pre-production ends and production starts because many things have to be done in a short period of time. Time is an essential factor in production, and being fast and efficient can be challenging when working with a crew of over two hundred people. Has your PA work influenced your independent filmmaking work in any way?

Guajardo: Though working as a PA is time-consuming and challenging at times, I find inspiration at work every day. Seeing all the creative people passionately working on their craft is very motivating. Experiences that happen at work spark my imagination, which inspires me to write stories influenced by those moments. I genuinely feel creatively invigorated by observing all creatives and leaders at work. It greatly influences my way of making films creatively and also from the logistical/business-minded perspective.