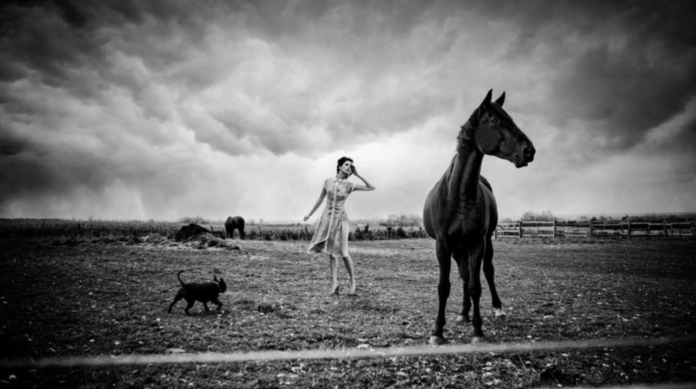 It’s an idea that we tend to sneak away from quietly, hands in pockets and head hung low. It brings new worries to the table, despite our plates already being full. It wakes us up more consistently than a smartphone alarm.

This kind of thing makes itself obvious when you try to interact with tech that is not your own, whether a different make of phone or car or microwave. We’ve all been conditioned through an incredible amount of repetition to access certain memory banks (certain programs, if you will) to complete certain tasks.

And no, it’s not going to be the beginning of a ‘Matrix’-esque hellscape where we live to serve our AI overlords, but it does offer an interesting opportunity to those who make media and marketing materials: the opportunity to appeal to the purely human element in all of us, the parts of us that exist outside of our phones and digital assistants and self-driving cars.

“Smart advertising resonates, offering its audience an opportunity to pause and reflect and helping to drive impact on the world stage. Whether it causes self-examination, innovation, or social protest (and as long as it creates a compelling story), advertising can encourage awareness and advocacy that will evoke positive change.”

Here to talk to us about this effective innovation and so much more is our guest expert for the week, Chris Marshall, who gave the great overview you just read. He’s a modern-day Ad Man who has worked campaigns for major brands. He’s also the founder of Content Citizen, a production studio out of Toronto that crafts original engaging marketing that focuses on strong narrative and clean, direct communication with audiences. Marshall’s work has won him many awards, as well as the attention of an industry.

Chris told us about how, as a rule of thumb, he takes care to make sure that even traditional ads have significant staying power, bouncing around inside the heads of consumers for a good long while.

“Narratives that have drawn audience acclaim have typically correlated to a spike in either sales or ratings for my clients. The biggest boon for the work I’ve helped craft is seeing how the work reverberates within the consumer conversation. This reinforces the value of the storytelling in a content-agnostic landscape to clients who have typically placed the lion share of their marketing dollars into a traditional media buy.  ”

But here in 2018, traditional ads are far from the only game in town. Advertising agencies have to bob and weave, approach from different angles. Not only is a cross-platform approach now common, it also tends to feature only small snippets at a time, the shorter runtimes of video ads adapting to our hatred for lengthy interruptions to content.

“To eliminate the consumer piss-off factor (and to avoid channel switching), ads have got to be able to say more in much less time. It’s already begun as we see the six-second bumper gaining notoriety with clients, acting as a smaller piece of narrative working in conjunction with other media pieces across different social channels.”

Digital advertising also has to pit itself against a new generational awareness of branding. In other words, young folks these days, myself included, have a very specific sense of personal branding, which in turn affects how they feel about how brands market themselves. They know what they like and what they will click out of…in less than two seconds flat.

“I think it is more the norm for people within the Gen Z demographic to be ‘on’ all the time. They are true digital natives, with the content platforms and social networks being a part of their communal lexicon from birth.  Having been immersed in all social media platforms, the Gen Z demo has the ability to know what makes their personal brand ‘work’, and how to showcase it within these channels.”

More and more average folks (here meaning that they’re not personally involved with marketing) are starting to recognize the artistry that goes into effective advertising. It’s no longer a business sector made up of heavy-drinking businessmen, as it tends to be portrayed on TV. We’re curious as to whether Marshall had noticed a shift in the public perception of his work.

“[People] are usually inquisitive and follow up with further questions on what type of content I create and which pieces I’ve done. They ask if just putting content up on a feed has a measurable impact. I tell them that it isn’t posting the content in isolation that draws audiences. Part of the success of any digital campaign is equal measures compelling content and its strategic distribution.”

But despite the many changes since the advent of the internet and widespread smartphone accessibility, it all still comes down to one core concept:

“Definitely engagement…and cutting through the ad hoc clutter. You have to think about this from a consumer or audience perspective. Start by asking yourself, ‘Why am I going to invest the time in watching or reading or listening to this content?’ If you can’t authentically create branded content that will pique interest or spark conversation, then what you put out there will never be noticed. You need to craft a great narrative with authentic style and an approach that will evoke emotion, controversy, or self-reflection from your intended audience.”

These are many of the same ideals that make for great art as well. And ultimately, advertising is an art form (at least when it’s done well). As Marshall discussed earlier, it does have the potential to make positive contributions to the world at large. But don’t just take our word for it, we’d love to hear your thoughts as well. Do you enjoy when ads tell stories when they stay with you? Have 6-second ads succeeded in getting their point across in so little time? Let us know.