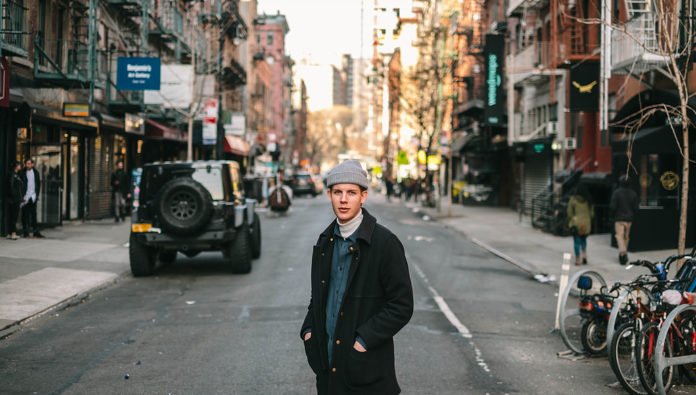 Ole Kirkeng was born in Norway, a nation we don’t tend to associate with funky grooves or savory basslines. But Ole was always a little bit different.

“As a kid, I remember being drawn to genres like soul or disco or reggae because of how much that music is driven by groove. I loved artists like Michael Jackson and Bob Marley. I remember getting a Michael Jackson greatest hits record and listening to it over and over again, memorizing the words and the rhythms.”

That music was the seed that later grew so much that Ole couldn’t ignore it anymore. So when did he actually pick up a bass guitar for the first time? Not until he was a teenager, it turns out. But from that point on, it wasn’t even a choice. He was set on following the four-string down the rabbit hole. For Ole, playing the bass offered more than just the satisfaction of musical mastery– it offered access to a peaceful state of mind, one that tends to include fellow musical minds.

Long story short, it was a good move.

Lately, Ole has been touring with singer-songwriter talent Courtney Marie Andrews, following a national tour in support of his own EP, ‘People and Places,’ which he recorded at Figure 8 Studios in Brooklyn, where he’s been collaborating with some of the top names of the indie scene, and when he swung by our Williamsburg office for a chat, he mentioned one dude in particular who has served as a gateway to the highly-collaborative NYC recording community.

“Buck Meek, the guitarist in Big Thief, was very important to me. He gave me advice on how to get more involved in the New York music scene. Being surrounded by a good musical community is really important to me. He introduced me to the folks at Figure 8 Studios in Brooklyn where I began working as an assistant engineer, and that’s where I recorded my first EP, and where I met other musicians I would later start playing with and share gigs with.”

‘Cuz here’s the thing: there are plenty of musicians who seal themselves up in a dead room to write, who think they need to be alone, surrounded only by silence, to hear new melodies. But for Ole, music is synonymous with community. He comes from a tradition of collective music, a lover of jazz and funk, genres that only exist because people got together to jam.

“Collaboration is probably one of the best parts, if not the best part about making music. I love sharing ideas, and working together with other musicians towards one goal. I also love hearing other musicians connect and respond to music that I have written myself, and experiencing how they can take the music to new places.”

And it might sound cheesy but you can hear that sense of community, that flow, that feeling of human connection, in the music. Go ahead and listen to ‘Reminds Me of You’ off the ‘People and Places EP’ (Hint: you can find it on Spotify. Kill the ‘Astroworld’ re-listen for a minute.). This song is the sonic equivalent of big, heavy woolen blankets on a chilly morning with no work and plans for the day ahead. Every kilobyte here has been crafted with care, and the end-product sets itself apart from the often-hectic engineering methods behind mainstream tracks.

And like the best players of our time, Ole is able to make this kind of music thanks to an insane number of hours logged practicing and songwriting.

“I make a point of practicing and writing every single day. I’ve figured out that my most creative hours are usually early in the morning, so I tend to set that time aside for writing, and I’ve heard that Sam Beam of Iron & Wine has the same habit. Later on, after lunch I usually focus more on instrumental practice. When I’m on tour, I sometimes get to practice on the bus, but if I don’t have the instrument near me I tend to just write lyrics.”

Practice ends up acting like a perpetual piggy bank, building up over time and paying out big rewards. And for years now that has meant touring the country, which has proved to be a recipe for memorable musical moments.

“Playing live is great because you are sharing a moment of music and interacting with the audience. When I play live I sometimes don’t have to recreate exactly what was played on the record, which presents an opportunity of spontaneity and improvisation.”

With freedom like that, the stage, no matter where and no matter when, immediately turns into another jam session. Ole loves having free reign alongside other talented musicians, especially good drummers. As a longtime member of the rhythm section himself, he spends time seeking out drummers who not only hold down a beat but work in some flourish, completely changing the mood of a song.

And for as much as he’s enjoyed his success so far, Ole has his sights on even more talented folks he’d like to work with. And who’s at the top of the list?

“I would love to work with the producer and engineer Tony Berg in LA. Tony Berg has produced some of my favorite albums by Blake Mills, Ethan Gruska, Phoebe Bridgers and Andrew Bird. Those records are very well engineered, and the quality of the recording, playing, and the songwriting is something I admire.”

Ole left the LNGFRM offices in the early afternoon on a Saturday. And he wasn’t headed home for some much-needed R&R, he was off to the studio, to record some ideas for his next album. He told me about the other players going in that day, who started out as session musicians but quickly became friends. They’ve gotten in the habit of playing on each other’s tracks, giving feedback and taking turns at the mixing console. Most importantly, they know how to listen.

For Ole Kirkeng, there’s no other way to make music.