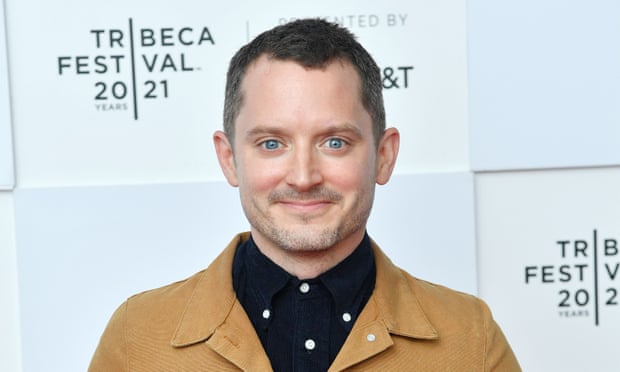 According to Elijah Wood, who played the hobbit Frodo in the series, one orc among many in the Lord of the Rings films was created to resemble Harvey Weinstein as a “sort of fuck you” to the infamous producer.

“It’s funny,” Wood said on the Armchair Expert podcast hosted by actor Dax Shepard. “This was recently discussed because Dom [Monaghan] and Bill [Boyd, who played Merry and Pippin, respectively]… were speaking with Sean Astin [Samwise] about his first memory of arriving in New Zealand [where the series was shot].”

“He’d seen orc masks before. And one of the orc masks was meant to look like Harvey Weinstein as a sort of fuck you, which I recall distinctly.

“I believe it is now appropriate to discuss that,” Wood added. “This guy is fucking imprisoned. He’s fucked.”

Weinstein faced several allegations of sexual assault in the first major case of the #MeToo era, in which women have spoken up about abuse by powerful men. He was convicted of rape and sentenced to 23 years in prison in February 2020, and he now faces further charges in California, to which he has pled not guilty.

After experiencing conflicts with Weinstein on the set of the Lord of the Rings movie, director Peter Jackson decided to model an orc after him, according to Wood.

According to Wood, Jackson began developing the films at Miramax, a company formed by Weinstein and his brother. Jackson sought to adapt JRR Tolkein’s novels into at least two films, but Weinstein insisted that the director adapt all three volumes into one picture.

According to Wood, Weinstein threatened to replace Jackson with Tarantino or John Madden, the director of Shakespeare in Love.

When Jackson requested permission to locate a new producer, Weinstein consented, but only offered him one weekend to do so and stipulated that any producer must work on all of the projects or none at all, according to Wood.

Wood described the time window as “insane.” “They sold it all over town. Peter created an outstanding pitch video that was shown in a number of locations.

The idea of making more than one film was met with skepticism by the majority of people. ‘No, you have to wait and see how [the first film] goes before investing the rest of your money,’ was the prevalent opinion.

According to Wood, Weinstein agreed to make at least two films but set a budget cap of $75 million, which he kept hidden from Jackson. As a strategy to pique other studios’ interest, Jackson’s crew leaked the script, and the project was picked up by Bob Shaye, the founder of New Line Cinema, who promised to make three films.

“I believe the legend is that they came with two and Bob Shaye said, ‘We have to do three,’ which is insane,” Wood remarked.

“This is a huge risk. Miramax believed there was no way in hell they could win.”

The trilogy grossed $2.92 billion at the box office, making it one of the most successful film franchises ever.

Thanks to Gloria Oladipo at The Guardian whose reporting provided the original basis for this story.