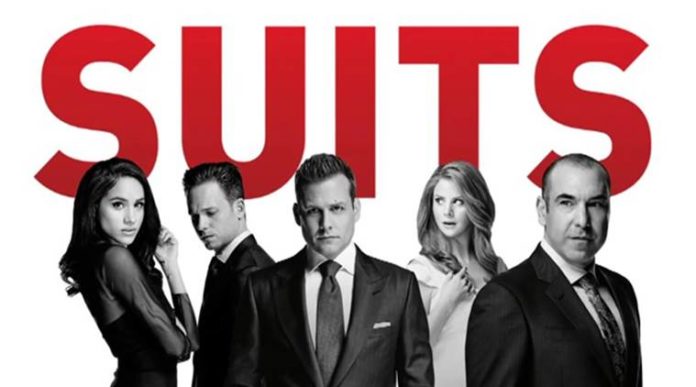 Sometimes I step back and take a look at the enormity of the entertainment industry today. It’s an undeniable force. Back in ‘76, the film Network described the situation pretty bluntly, the manic Howard Beale yelling things like, “You’re beginning to believe the illusions we’re spinning here. You’re beginning to think that the tube is reality, and that your own lives are unreal. You do whatever the tube tells you! You dress like the tube, you eat like the tube, you raise your children like the tube, you even think like the tube!” If only Howard Beale could take a look at what we’re up to now, consuming media nearly every hour of the day. And the even bigger twist that he didn’t see coming? A lot of this media is actually very good. That wasn’t in the cards at all.

There are precious few screenwriters and creatives who recognize the power and influence of the medium. But Karolyn Carnie is one of them, and she stopped by to discuss her own involvement with content creation and the far-reaching impact of digital entertainment.

Karolyn Carnie is a screenwriter, first and foremost, but she’s had her hand in plenty of different aspects of the industry since getting her start. We can only list a few of her titles here: Production Coordinator, Story Editor, Assistant to the Showrunner, and reality television developer. Along the way, her writing has won her the “The Young and the Restless” Fellowship in Television, earned her a spot in the Sony Crackle priority workshop, and her feature, “Gold Medal Domination,” even got the attention of James Bond writer and producer Michael Wilson, who went on to mentor Ms. Carnie in the fine art of screenwriting.

Given her wealth of knowledge on the subject, right at the top of our discussion I wanted to ask Ms. Carnie about the power of television, and the power that she holds as a screenwriter.

“Screenwriting has this ability to change public perception. It reaches a large audience. Films do too, but television, specifically network television, has such a power and a responsibility to its viewers. Shows like ‘Will & Grace’ and ‘All in the Family’ show families from all walks of life. They show people going through hard-to-talk-about topics and have the power to change minds, and perceptions. There are amazing streaming and cable shows doing this outstandingly right now. But network television still gets the most eyeballs, and I hope and wish and want them to make sure they are living up to shows that have come before them.”

As a writer myself, I wanted to know how she feels about the projects that take more time, and how she maintains motivation while working on scripts that have no end in sight.

“I think the ones that are most difficult and time-consuming are also the most rewarding. The ones you labor over, and over think, are the ones that come out the strongest. The ones you think you’re never going to finish are the ones that you give extra time to. Those also tend to be the ones that interest you, the writer, the most. When I write a show that’s something I would like to watch, that is when they are most rewarding to me. My feature, ‘Gold Medal Domination,’ was very rewarding. I don’t write too many features, but this one was something I would want to see, in the same tone as what I like to watch. Though it was a challenge to write, it came out better than I could have hoped.”

And for Karolyn Carnie, one of the challenges she enjoys most is crafting dialogue, which is arguably the most significant element of constructing a successful script.

“I think my dialogue is without a doubt my strong suit, when it comes to the specific elements that make up a script. I have many times been complimented on the natural dialogue, and the quick wit that comes from my characters, as well as each having strong individual voices. In addition, I think I am very strong in the [writers’] room, which is a skill to learn. But I feel that is where I truly shine, I have a good natural ability to be able to help lift someone’s idea and build it up.”

And some of that skill, that special touch for recognizing when the written word starts to sound like real, genuine people with genuine problems, comes from the time Ms. Carnie spent on the set of the USA series “Suits,” which has been lauded for its naturalistic dialogue and ultra-believable characters.

“The dialogue was one of my favorite things about ‘Suits.’ The quick wit, and the pop culture references. The teetering between humor and drama. I was drawn to the dialogue because it was so similar to my style. Having worked with Aaron, getting to see him pitch that dialogue, and pitch all those things I loved so much was very special. I learned so much about running a room from him, and seeing him and the writers create what I love made me know that I was on the right track.”

For the uninitiated, Aaron refers to “Suits” creator and writer, Aaron Korsh. And to hear her tell it, the esteemed Mr. Korsh facilitated a total immersion in the difficult and varied collaborative work that goes into making a television show that will go on to reach millions.

“I would always be prepared with having watched all the cuts and casting, and sometimes the showrunner would ask my opinion. I was also lucky enough to be allowed in the room with the writers to observe, and many times I would be allowed to pitch. So there are a few things I was able to help build on, or I put out an idea and the writers built on that.”

For Karolyn Carnie, her illustrious screenwriting career is the direct result of passion. She went from being a kid who loved watching shows like “Will & Grace” and “Gilmore Girls” every week (or even more often if possible) to striking out and doing the grunt work that makes television possible. In this writer’s opinion, far too many people skip that step. They assume their own talent is limitless and skip right ahead to whining about their scripts not being read. Meanwhile, Ms. Carnie was gaining perspective, seeing production from completely different angles, listening, observing, learning the skills that have since made her one of the most significant forces in Hollywood screenwriting.

Let’s all take a moment to appreciate that there are still people willing to put the work in, people worthy of the kind of power that modern TV affords.