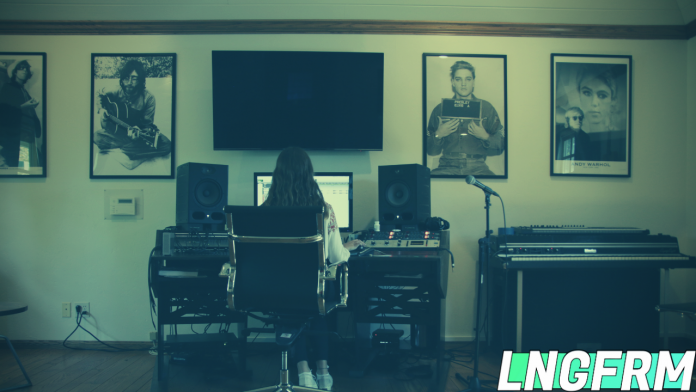 Kelly Sayer is a highly sought-after audio engineer who has worked with many influential producers and artists, and now that she’s found her place in the music industry, she’s eager to promote gender equality in a role that has traditionally been dominated by men.

Only 5% of professional audio engineers are women. This imbalance has fed into a cycle where few women express an interest in engineering, possibly because they would be less likely to get hired.

The dynamics are slowly changing as more and more women explore the creative and technical nuances of working as audio engineers. But in the meantime, Sayer has been sharing her story with music students and the general public alike in the hopes of inspiring other women to pursue roles as audio engineers.

Audio engineers are vital to the recording process, and the best engineers offer unique, creative solutions to problems as they arise. When audio engineers come from very different backgrounds, the solutions offered will also become more varied and interesting.

Just scroll down to take a look at our full interview with Sayer and learn more about how audio engineers contribute to the creation of your favorite music.

How important has your musical background been to your career as an audio engineer?

Sayer: My musical background has proven to be invaluable to me as an audio engineer. I rely on my musical instincts to inform all of my technical decisions. I find this approach critical in order to let the music come first and allow the emotion to shine through the sonic landscape that the engineer creates around it.

I also think it’s essential to understand music in order to understand musicians. I can’t expect a performer to give their best if I’m creating an uncomfortable environment for them to perform in. So it’s been really useful to me to have a unique background in performance so that I can understand and connect with the musicians I record.

Did you expect that you would become an engineer? When exactly did the work start to appeal to you?

Sayer: I definitely expected that I would work in music. I’ve been a passionate musician my whole life, but it wasn’t until I attended Berklee College of Music as a vocalist that I became fascinated by the recording process.

I was even more fascinated by the lack of women in the field, which lead me to find out more. I did a semester abroad at Berklee’s Valencia campus in Spain where I was able to learn the basics in their state-of-the-art recording studios and from there I was obsessed. I then declared my major in Music Production and Engineering and decided to pursue a career in the field.

What has it been like to work in a role that tends to be dominated by men? Did this contribute to a sense of intimidation when you first started?

Sayer: On the contrary, I think it gives me a competitive edge and a confidence boost. I like knowing that I might be the first female engineer that an artist has worked with so that I can prove the stereotypes wrong.

It’s always entertaining when an artist asks me to make them coffee only to realize I’m their engineer, not the studio assistant. I feel inspired by the idea of paving the way for future female engineers.

Do you think it’s helpful for audio engineers to bring different perspectives to the table?

Sayer: Yes and no. It’s very important to read that room. If you’re in a writing session with a more sensitive artist who requires extra focus, then the last thing they will want is for the engineer to be chatting and bringing up ideas.

Sometimes the best thing you can do is to let the music speak for itself and let the artist take the wheel. In other situations, however, when the recording is more hands-on, it’s really important to bring different ideas to the table. I personally love finding new, unique ways of capturing sounds that can define the sound of an artist and really determine their aesthetic.

What are some of the biggest challenges that arise when you’re working on a project?

Sayer: Knowing when to stop. It’s tough with modern technology because you can often create from home without the expenses of a big recording studio so there’s nothing to stop you from mixing a song over and over again. Sometimes you can lose perspective this way.

So it’s been really important for me to learn to trust my initial instincts, get feedback from collaborators who I trust, and know when to let the song come out without making any last-minute changes.

My unique career path and experience has given me the confidence to trust my ear. It’s all about keeping perspective and being able to zoom out and listen with fresh ears, the same way any listener who wasn’t involved in the project would.

Did you find it difficult to advance as an audio engineer? Did you encounter any major roadblocks?

Sayer: I was fortunate to find a job with Alex Da Kid only two weeks after graduating from college. Alex is a Grammy-award winning producer, best known for hits like “Love the Way You Lie” [Rihanna] and “Airplanes” [B.o.B. feat Hayley Williams]. I started out working for Alex Da Kid with engineer Travis Ference, who had years of experience as an in-house engineer at Capitol Records. As a result of this job, I was able to learn from Travis while working with the top artists that Alex was collaborating with on a daily basis.

This really fast-tracked my career and it wasn’t long until I moved up and become Alex’s Head Engineer. From there, I was able to expand my network and once people in the industry got to know the quality of my work, it became easier and easier to find work as a freelance engineer.

The music industry really is built on connections so I was lucky to make mine so early on. I would encourage future aspiring engineers to look beyond jobs at the major recording studios when you’re first starting out because it can be much harder to progress and form connections when you start out in such big companies.

Do you feel that, over time, there will be more female audio engineers at the professional level? What will it take for this change to happen?

Sayer: From what I can tell, the percentage of women in audio engineering is already growing, just not quickly enough. I asked a few of my professors at Berklee and they said they have a few more women in the major each year, but it’s still far from being evenly spread.

I believe we need to help female engineers find platforms to speak out so that the next generation of potential audio engineers can be inspired. For instance, I was very fortunate to learn from Leanne Ungar, the award-winning engineer best known for her work with Leonard Cohen.

Leanne was proof that I could succeed in a male-dominated industry because she had already excelled in it herself. However, I’m sure many other girls don’t have the kinds of role models I did. So I think it’s important to mentor and inspire young females to join the industry and show them that women are just as capable as men in the audio engineering field.