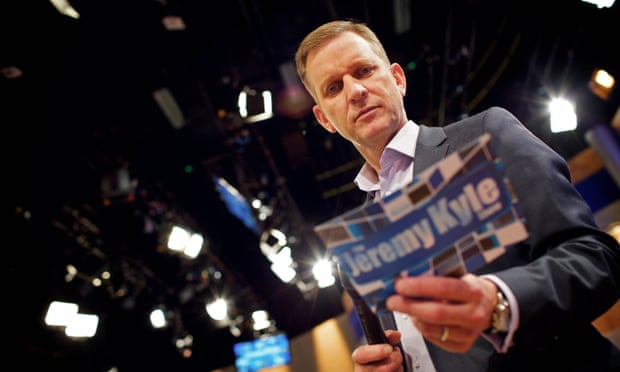 After his TV program was terminated in 2019 due to the death of a guest, Jeremy Kyle claimed he sought anxiety therapy because he felt “hunted” and “scapegoated.”

After a guest, 63-year-old construction worker Steve Dymond, was discovered dead in his house soon after taping, ITV canceled the combative talkshow, which had been on the air since 2005. The episode was never shown on television.

Dymond died of a morphine overdose and a cardiac issue, according to a preliminary inquest hearing.

He had sought to go on The Jeremy Kyle Show in order to show to his ex-fiancee that he had not cheated on her. The crowd booed and jeered him when he failed a lie detector test.

Following that, MPs and members of the public urged for the show to be canceled, and a parliamentary investigation into reality television was started.

Kyle, 56, claimed he couldn’t leave the home and went to visit a doctor when things became “really bad,” who diagnosed him with an anxiety condition. In the aftermath of Dymond’s death, he said he was unable to defend himself and was unjustly accused for the “terrible tragedy.”

“I used to think ‘Get a grip’ when some celebrities talked about those kinds of problems,” he told the Sun.

“However, I quickly realized that you can’t always do that. I never expected them to have such an impact on me. That surprised me, but I’ve always said, “If you have a problem, admit it, and then get the help you need.” As a result, that’s what I did.”

“Critics will say I got a taste of my own medicine,” he said, “but I’d already been through a lot up until that point – and I guess it all caught up with me at once.”

Kyle said he didn’t want to come off as “woe is me,” but that Dymond’s death was tragic for his friends and family, as well as the many others who worked on the program.

“However, it had a significant impact on me. And it’s been terrible to feel like a scapegoat, with no way to respond to the allegations that appeared to be directed only at me. I’ve been pursued and accused of being accountable for everything that has ever happened in relation to that program. But I was just the front man.

“On that day, a hundred people lost their jobs, and I felt terrible for them and worried about their futures. I, on the other hand, felt utterly alone.”

“I will have my say when the time is right and it is appropriate,” he said.

Thanks to Jedidajah Otte at The Guardia whose reporting provided the original basis for this story.