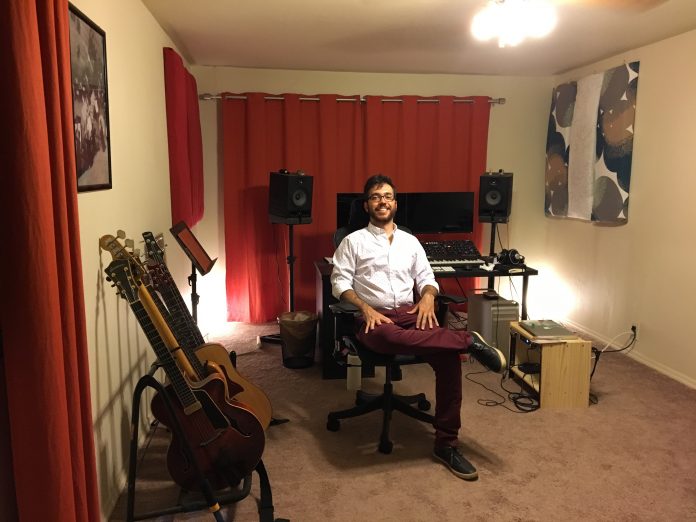 The Unsung Wonder of Movie and Game Music

I think as time marches on, we’ve become much more open to the idea of listening to movie scores or video game soundtracks on their own, without the accompanying visuals.

There was certainly a time when this was seen as a sort of quirky affectation. But now, with the help of digital streaming services, we can access just about any movie or game soundtrack that has ever been. 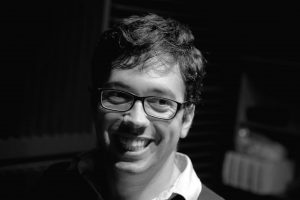 If you’ve already experienced the movie or game that a particular soundtrack was built around, the soundtrack has the uncanny ability to help you revisit those emotions, those feelings.

For the sake of our own enlightenment, we sought out famed film and video game score composer and orchestrator Lorenzo Carrano.

The Man Behind the Music

If you’re not familiar with his work, that’s probably a good sign. His music blends effortlessly with its source content, elevating it to a whole new level.

Let’s get some of the projects he’s worked on, where you’ve likely already heard his work without knowing it.

Carrano has worked on The Good Doctor, Netflix’s Maniac miniseries, The Innocent Man, and Holmes & Watson.

Carrano is a heavy-hitter in the world of composition and orchestration for popular media.And he was nice enough to talk to us about a whole bunch of things related to his work.

You can find all of his answers below. If you’re curious to explore the nuances of his music, we encourage you to find any of his soundtracks online.

Alright, we’ll go ahead and stop talking now so that you can hear from the man himself.

You worked as an orchestrator on the Netflix series Maniac. How much of the video content did you see before starting your work?

Carrano: Orchestrators don’t typically need video content to work from. In most cases, all we need from composers are reference mixes and MIDI files. When working with visuals, be it film or television, there are always security concerns over leaks.

I don’t ask for video footage unless I absolutely need it. As far as Maniac goes, I did get to see some bits in meetings with the composer, Dan Romer. We were discussing some stylistic choices, so we went over a couple of scenes for context.

In your experience, have you seen any major differences when working in the music department for a video game versus a movie or series?

Carrano: In terms of pacing, games are spread across a larger window of time. Music gets produced and recorded in chunks during different stages of the project. With films, it’s more of an adrenaline rush. Most of the music is delivered in one go. Also, films and series have more of a creative a pyramid, meaning there’s an artistic vision by a person, or a small group of people, that trickles down into each stage of production. Games are, by nature, moral “choral” in their creation.

There’s more room for back and forth. Another big difference is that in films music is linear. The pace of each scene is fixed, and the score accompanies it. Videogames are an interactive experience, of course. With the exception of cut scenes, everything is determined by the player’s actions. Music has to fit a variety of scenarios, beyond what one can see or imagine when composing. How would you describe the feel of the creative music scene in Los Angeles?

Carrano: It’s a kaleidoscope. LA attracts all sorts of creative folks. This makes it relatively easy to find people to collaborate with across disciplines. I had never been in a city with such a concentration of directors, artists, musicians, dancers, designers, etc. The music scene reflects this diversity, too. There a wide variety of music professionals, whose worlds don’t always intersect.

The film music industry is a relatively tight community. I’ve found most people to be very open and supportive of each other. Obviously even within the film music tribe there are different trends, with different aesthetics and followings. I’m an eclectic person myself, so I find that very exciting. Interestingly enough, with so much going on, balancing “commercial” projects and a more personal artistic path can be challenging. I feel like I’m still working to find that balance.

How many different instruments do you currently play?

Carrano: I am a guitar player by trade, and play some decent electric bass, too. Most of what I do in my day-to-day as a writer and orchestrator requires some kind of keyboard skills. I also love synthesizers, but who doesn’t? One of the tracks I licensed last year features samples of me banging cooking utensils on a cutting board, which officially makes me a professional kitchen percussionist. No big deal.

Does your work in the field of music affect how you listen to and enjoy popular music?

Carrano: Some days I finish working and it’s just great to enjoy silence for a change. As with any job, being a musician ends up changing the way you approach the subject matter. Sometimes it’s hard to unplug the critical part of the brain and just listen for pleasure, but that’s normal. In my free time, I prefer listening to pop music, or in general music with lyrics. It just makes it easier to unwind. What do you feel is your greatest asset as a composer?

There’s a main ingredient that you can complement with as many others as you’d like. You can go wild, but it’s important to stay consistent within a certain profile. I start by asking myself, what should this music sound like? Then I try to come up with elements that fit the soundscape I had in mind. Then I get hungry.

Are there any film or video game composers you look to as sources of inspiration?

Carrano: It changes constantly. John Williams and Howard Shore are two of my all-time favorites, although I can’t say that my music sounds much like theirs.

I really like the work of Trent Reznor and Atticus Ross. I grew up listening to rock, and the way they are able to fit that within their scores really resonates with me. Johann Johansson is another guy I really look up to. He has such a great talent for blending many sonic elements together. Ennio Morricone takes the cake for my favorite melody writer. And he’s Italian like myself, so of course, that helps as well.