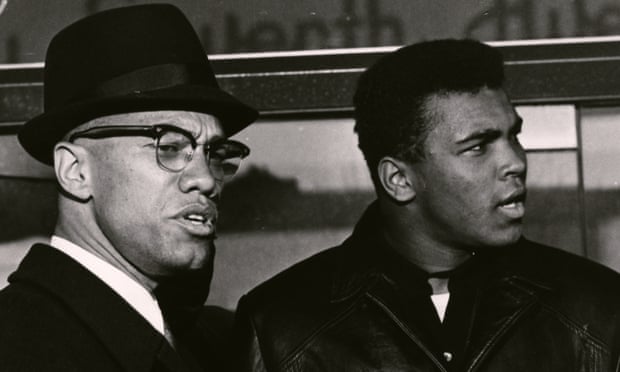 Marcus A Clarke, the filmmaker of Blood Brothers, wants to show us a side of Malcolm X and Muhammad Ali that we aren’t acquainted with, which is a tall order. Multiple books and documentaries have been written on the two civil rights heroes, as well as biopics directed by luminaries such as Spike Lee (Malcolm X) and Michael Mann (Michael Mann) (Ali). In Regina King’s Oscar-nominated film One Night In Miami, they were recently depicted becoming passionate and emotional together.

However, in his Netflix documentary, Clarke delves deeper into the men and their surroundings, using archival footage and first-hand accounts from X’s daughter Ilyasah Shabazz, Ali’s younger brother Rahman, and others who knew them or were familiar with the political and social environment they faced.

We get a feel of Malcolm X’s fury with words, as well as his compassion and fragility in the company of his comrades. Then there’s Muhammad Ali, who not only had a loud voice but also made the world tremble with his rock-hard fists as heavyweight champion. When it comes to learning from a spiritual father figure and buddy like X, he was also a sensitive sponge. Over a Zoom chat from his LA home, Clarke told the Guardian, “There’s just this admiration and joy being shared between the two of them.” “And I don’t think that’s something that people have seen before.”

Blood Brothers is based on Randy Roberts and Johnny Smith’s book on X and Ali’s friendship, which was based on extensive research into previous biographies, documents, and FBI surveillance data and is produced by Kenya Barris, the creator of Black-ish. The picture also features Roberts and Smith. And, in an age when authorship and identity carry so much weight, I’d be negligent if I didn’t mention that the two writers are both white.

“There is a lot of value in the research, whether they are white or Black,” Clarke, who was born in Brooklyn to Jamaican parents, adds. Clarke adds that he saw an opportunity to balance Roberts and Smith’s academic work with more personal stories from people close to X and Ali, while also delving into social and cultural aspects that the book doesn’t cover as thoroughly.

If Roberts and Smith’s book put the pieces together to form a picture of X and Ali’s relationship, Clarke’s documentary fills in the blanks with a knowledge of what it means to be Black in America. He draws a parallel between how Muhammad Ali, then known as Cassius Clay, would have been impacted in profound ways by the lynching of Emmett Till, and how Black kids today react to pictures of police violence. The film also includes information on Malcolm X’s parents, who accompanied Marcus Garvey. The Pan-African movement of the Black nationalist leader is mirrored in X’s own ideas, which regard Black and brown oppression as a worldwide problem. “These are at the core of who he was,” Clarke adds.

The film includes musical interludes that focus on how Bob Marley’s sounds influenced the movement, as well as how Nation of Islam leader Louis Farrakhan had a career as a calypso singer under the name The Charmer. Such minutiae may seem out of place in a documentary about X and Ali, but they are an important element of the cultural fabric that would nourish and inspire the revolutionaries. Clarke adds, “I tend to believe that our film has a great deal of soul for that reason.” “Music and storytelling have always been symbiotic for Black people. Our past has been conveyed via music for a long time. Songs have been written to convey messages.”

I can’t help but notice the wall behind Clarke, which displays a fascinating collection of personal history and popular culture. There’s a Marilyn Monroe poster that seems like it was designed by Andy Warhol, as well as one from the film Attack of the 50 Foot Woman. Both are positioned in front of a huge print of Sunday’s Best, a 1941 picture of young Black lads on Chicago’s South Side seated in a Pontiac while dressed for Easter services. That image hangs immediately above a framed ticket to Barack Obama’s first inauguration, which he attended as a child on Chicago’s South Side. All of this is displayed on top of a framed photograph of the director’s grandmother.

I’m looking at the details on the wall the same way the filmmaker looks at the cultural signifiers in X and Ali’s own lives, trying to get a better grasp of the influences on his work, which focuses on the confluence of popular culture and social action.

Clarke began his career as a teen intern and later production assistant for a firm that produced ads for Pizza Hut and Danone. He worked on the sort of scenes where a candy bar splashes in a pillowy pool of chocolate or warm cheese stretches in slow motion. Clarke explains, “Basically, I worked for Willy Wonka.” At a period when no one was trying to diversify the talent behind the camera, he was often the only Black person in the room or on site.

Following the murder of Eric Garner in police custody, Clarke used whatever resources he had to go out on the street and record the Black Lives Matter demonstrations that shut down New York City, the footage of which became one of his first short films, I Can’t Breathe, released in 2014. “That opened up a whole new lane of possibilities for me to start fusing more messaging and really saying something with the films I was making,” Clarke explains.

In the Mass Appeal short Trap City, he explored southern rap’s socioeconomic roots, and in an episode of Netflix’s hip-hop film series Rapture, he accompanied artist TI on a political and activist trip. Then he came to Blood Brothers, presenting the tale of Malcolm X and Muhammad Ali at a moment when the power of their activity speaks to the outpouring of grief and fury in the aftermath of George Floyd’s murder.

According to Clarke, Malcolm X’s comments are still relevant today. He also sees a takeaway from the leader’s sad break-up with Ali. Clarke’s film delves into the external factors and pressures that led to the schism between X and Ali, subversive influences that the filmmaker claims are still at work today. Consider the examination of Black Lives Matter’s resource allocation, the extreme right’s dissemination of misinformation about demonstrators, and the FBI’s monitoring of Black activists, which echoes the agency’s Cointelpro methods to destroy social movements.

“People who are Black and brown who are trying to achieve something, who have a mission, who feel like they have a purpose towards something must keep in mind that there will always be forces at work trying to slow them down, stop them, or divide them,” Clarke adds.

“We need to be more united. Malcolm was all into this. We’re on the same path. Wherever Black and brown people are oppressed, whether in America, Africa, or the Caribbean, we face the same oppression.”

Thanks to Radheyan Simonpillai at The Guardian whose reporting provided the original basis for this story.