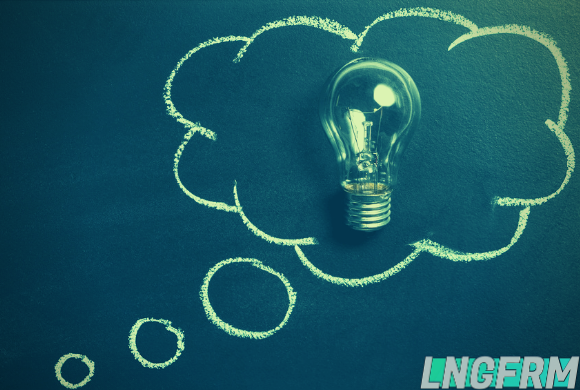 It didn’t take long after the invention and popularization of movies for filmmakers to start using the medium to explore extremely dense and complex subjects.

Movies clearly had the power to influence audiences, and as such, even Dali took a swipe at creating a heavy-hitting short film with the help of Luis Bunuel. It didn’t quite work, but the attempt helped to legitimize films as a serious art form.

But as far as movies with philosophical themes that most people have actually heard of, it took until the mid-20th century before they became more common.

We’ll be taking a look at a handful of movies, from the arthouse realm and beyond, that took on some of the biggest abstract concepts imaginable.

If you’d like to watch any of these movies, a quick word of warning: you really need to commit to them. Most are long and feel even longer given their subject matter. Each movie has something important to say, but you’ll really need to pay attention if you want to hear it.

Here are just a few of our picks. Feel free to let us know which movies would be on your list.

Philosophical Themes: life, death, searching for purpose in the universe, and the value of family and grace in an otherwise chaotic existence.

Terrence Malick a director often discussed in film schools, who is most often lauded for his 1978 movie, Days of Heaven, a huge chunk of which was shot during Golden Hour, making for a lengthy production.

The Tree of Life, following its 2011 release, quickly became an insider joke, a shorthand for a work of art that is strange and notoriously difficult to understand.

This is one instance where reading the movie’s plot summary on Wikipedia won’t help very much.

There’s a family at the center of the story, and the narrative catalyst is the death of one of their sons. We see some of these family members in the future, and we also see depictions of life on Earth, including some shoddy dinosaurs that seem disconnected from the rest of the story.

This shouldn’t come as a surprise to any arthouse movie fans, but The Tree of Life doesn’t really answer any of the questions it presents. The movie will not explain why humans came into existence. Sorry.

Instead, it gives the viewer some fantastic visuals and plenty of time to wonder about these questions while watching the movie.

12 Angry Men is an American classic, and it might be the most famous movie on our list. Here’s a crash course on why it’s important.

This was the first feature film that Sidney Lumet ever directed. Lumet, despite his death in 2011, has continued to be one of the most significant figures in American cinema.

The script was initially produced for television, and it was such a big hit Lumet was handed the reins for the movie version.

12 anonymous jurors, referred to only by their juror numbers, are closed off in a room, to decide the guilt or innocence of a young man accused of a terrible crime.

At first, only one of them has the guts to say that he doesn’t think the defendant is guilty.

Over the course of some breakneck dialogue, each juror exposes their true feelings, which sometimes include personal biases.

Most of the movie takes place in one room, and it’s a shockingly effective way to make the audience consider the importance of the judicial system and their role in it.

It also argues that every story has multiple perspectives and that each perspective has value.

It doesn’t hurt that 12 Angry Men has some of the best film performances of the 1950s.

Ok, we needed at least one comedy on the list. That said, this is a dark comedy. Very dark.

It comes to us from Terry Gilliam, a former member of the widely celebrated British comedy group Monty Python, most well-known for their TV series Monty Python’s Flying Circus and Monty Python and the Holy Grail (co-directed by Gilliam).

Overall, it’s a post-apocalyptic comedy about a mousy clerk who finds himself thrust well above his paygrade in a world defined by paperwork, networking, and casual acts of terrorism committed by some unseen force.

Few movies do a better job of capturing what it feels like to be virtually powerless in the face of massive political governmental systems that couldn’t care less about your wellbeing.

It’s funny, we promise, but it’s also not a feel-good romp. The visuals alone seem to encourage anxiety and mild discomfort.

Sadly, Gilliam’s more recent movies haven’t been able to have a similar cultural impact, but not for lack of trying.

Melancholia is a 2011 film from controversial Danish filmmaker Lars von Trier. It stars Kirsten Dunst as a wealthy bride, starting with the day of her wedding. Meanwhile, there are fears that a rogue planet, named Melancholia, will collide with Earth, ending all life.

This is a movie that will make you wonder about your place in the universe and explore the idea of the ultimate extinction of the human race. It’s also a thoughtful meditation on mental health and inner struggle, especially with regards to depression.

In Roger Ebert’s review of Melancholia, written just two years before his death in 2013, he offers benign criticism of the film, noting that its overall tone is certainly one of weight and self-importance. But, he continues, given the subject matter of the film, this isn’t necessarily out of place: “[von Trier] tends to be grandiose, but if one cannot be grandiose in imagining one’s own death, then when is grandiosity justified?”

This is the kind of movie you have to plan your day around, but when you give it your full attention, it will reward you in spades.