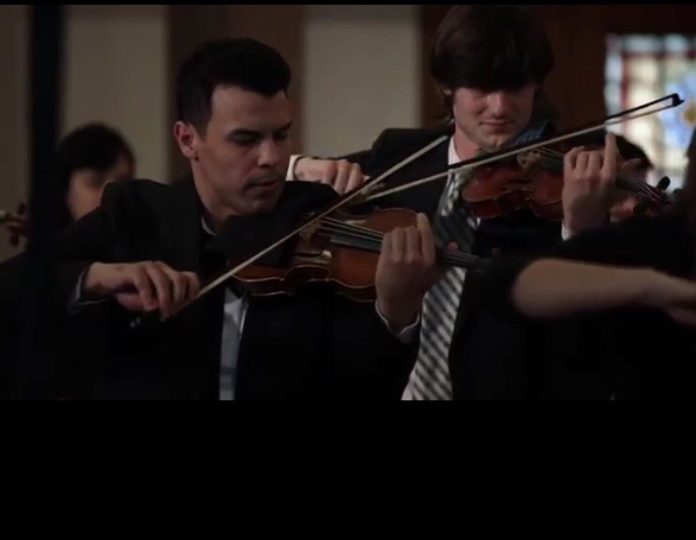 I recently saw a Reddit thread that claimed that pretty much every orchestra in the world was surviving almost entirely off of donations. Professional orchestras, particularly those which keep their members on payroll are essentially bottomless pits. They cost a lot to run, and fewer people are willing to shell out big dollars for classical music than ever before. Here’s an article from way back in 2001 detailing the situation, but it’s pretty much what you’d expect―as time goes on it becomes more and more expensive to retain and orchestra, but the profits and donations remain the same or even drop each year.

Enter Carlos Felipe Silva. Not the Carlos Silva who pitched in the majors, though. This Carlos Silva is a very good violinist. In his native Venezuela, Carlos played for the Simon Bolivar Symphony Orchestra, which was at one point the nation’s most important youth orchestra, and is now just a very good, very popular (as far as orchestras go) non-youth (regular?) orchestra.

“The music scene in Venezuela is great, even though the country is not going through a good time,” said Carlos. “In terms of social and economic growth. There are so many talented musicians and orchestras in the country. The Simon Bolivar Symphony is without doubt the flagship of all. It was a dream to be part of this orchestra, an amazing professional experience.”

It’s such a good orchestra, in fact, that it’s been often cited that the National Youth Orchestra here in the United States is a direct result of their visits. The conductor is the celebrated Gustavo Dudamel, who happens to also conduct the Los Angeles Philharmonic.

Since moving to Los Angeles, Carlos has been playing lead violin for the Santa Monica Symphony Orchestra. A guy like Carlos, though, he’s not going to be satisfied doing just one thing. Carlos is more than a violinist. Carlos Silva is a composer.

Somebody like Carlos has a distinct advantage as a composer—he’s worked in just about every sort of genre you could think of. So despite the reality that there might be something of a diminished market for orchestral music nowadays, Carlos is doing just fine. Drawing on his immense experience as a violinist, he’s been able to secure lots of work in his field. His experiences as a musician in his native Venezuela have also certainly been a boon to his compositions.

“I have been influenced by so many musicians and composers around the world,” said Carlos. “Growing up in South America certainly gave me a strong cultural background and foundation on many of the rhythms, folklore, melodies, and genres of the region. Sometimes those rhythms and influences come in handy when writing music for specific productions.” This year, he’s working on a lot of great stuff, most importantly an album with Nico Farias.

Farias, a Grammy-winning producer and songwriter whose worked with the likes of Marc Anthony has contracted Carlos out to write and produce the string arrangements for his upcoming album.

Carlos Silva is a prime example of what it takes to survive as a classical musician these days. Recognized as a serious talent by Oscar winners like Mychael Danna and frequently invited to play at some of L.A’s most prestigious venues, he’s found a sort of success that others should be looking to mimic.

In 20-greateen, you simply can’t be a one-trick pony anymore. It’s vitally important to be a multi-skilled, multi-job person—especially if you want to work in a creative field like music. There are way too many artists nowadays who can’t or won’t adapt to the business, and it’s everyone’s loss. There are literally thousands of virtuoso violinists in the world, but there are very, very few Carlos Silvas.