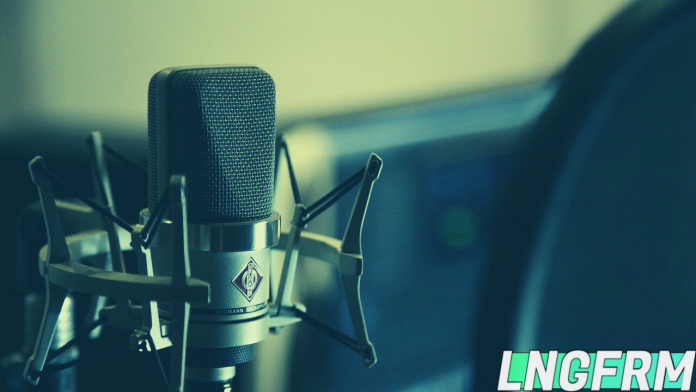 Saying that Philip Carlo Manikan is just a musician or just a music producer isn’t accurate. He’s completely committed to music and sound, and that dedication has helped him to develop skills across a whole lot of different specializations over the years.

His success, by his own estimation, stems in large part from his autodidacticism:

“I have decades of experience in music production, and with constant practice, I trained myself to work efficiently, pinpoint what needs to be done, be meticulous with each step of the process, get perspective from clients, and have the openness to work on any music genre and a variety of projects.”

Starting out as the lead guitarist of the award-winning band Mayonnaise, Manikan wrote songs, composed, and played a number of live events.

Around this time, he also composed jingled for television and radio commercials. He has created music for Honda Cars Philippines, Victory Liner, Inc., and he also worked on the full-length documentary Dreaming in the Red Light, which has since been selected for inclusion in several film festivals.

But today we’re going to take a look at how Manikan went about creating his very own professional home studio, Easy Audio Recording Studio, through which he helps produce high-quality tracks for emerging musical artists to help them get their start and grow their audiences.

To any young artists who might be reading this, that might sound like a super intimidating process, and to be honest, yeah, it kind of is. But we’ve got all the details here on how the studio came about, the lessons Manikan learned along the way, and we’ll end with some advice for all of you up and comers out there trying to build the ultimate home recording setup.

Sound good? Let’s get to it.

Up top, why did Manikan feel the urge to build a home studio in the first place? What inspired him to do all this hard work?

Well, aside from his overall dedication to music and creating quality sounds, Manikan told us a story about how when he was still in high school, he and a friend went to record in a professional studio.

While there, he got his first real taste of the many technical requirements of the recording process and how all of those details could be handled efficiently, and beyond that, how everything could be tweaked to create a completely different sound.

That singular experience gave Manikan the music production bug, so to speak. That’s when he started to see production as a possible career path.

“It led me to take up music production at university, and from there, I gradually learned by working with different recording studios and post-production companies. I saved up some money to start a small setup at home, which slowly turned into a full recording studio where I invited friends and independent bands to record.”

That’s a big thing to highlight right away: Easy Sound Recording Studio wasn’t slapped together overnight. It was the result of years of work, slowly but steadily piecing together all the necessary equipment and preparing the space itself.

That brings us to the topic of hardware, the classic hallmark of any legitimate sound space.

It’s not exactly a secret that professional audio recording equipment is pricey, with a capital dollar sign.

Microphones alone can carry price tags in the tens of thousands, and professional, full-featured mixing boards can cost more than your average luxury car. On top of that, modern studios need to have professional software and a number of different plug-ins that suit the needs of the studio and its clientele.

As if things weren’t difficult enough already, studios end up having their own character and sound, which means that there isn’t a single, comprehensive list of required gear.

It’s up to the founder of each studio to decide which gear is right for them.

Making things even more difficult, new gear is constantly hitting the market, and certain equipment might need to be upgraded or repaired over time.

Manikan explained that the process of gathering all the hardware for his studio took time, and that it’s a process that doesn’t ever really end.

“It involved a lot of trial and error to ensure that I achieved the right setup that would satisfy my standards. Even now, I am still gradually upgrading my setup to make sure it’s always current and up to date.”

If you’re thinking of building your own studio, by the way, you don’t need to have absolutely everything on day one.

As Manikan’s experiences have proved, there’s an advantage to gathering everything over time, since you can try different equipment on for size and make your own decisions about whether each piece fits your style.

But as for the bare bones of what you’ll need to record anything at all, it’s going to be some mics, a computer with a capable DAW (digital audio workstation), and at least one audio interface so that physical gear and instruments can communicate with that DAW.

But what about soundproofing? Well, it’s funny you should mention that …

For any studio, soundproofing and acoustic treatment is a really big deal, and it’s especially important for home studios, since you’re likely going to be surrounded by neighbors and typical external noises.

For some professional studios, this process can involve constructing ‘floating’ walls and floors that aren’t attached to the rest of the building through traditional means, which can help eliminate sound penetration from outside the studio space. For a home studio, this probably won’t be an option, for a number of obvious reasons, but Manikan confirmed that it’s definitely something to work on so that any live audio can sound its best.

“Soundproofing is a critical part of the process to capture the rawness of the audio source. I also make sure that the noise won’t negatively affect my neighborhood. But more than that, I put a lot of effort into the acoustics of the room, as that’s a big factor in processing the final output. The better the acoustics, the better the studio’s workflow.”

To start, consider buying or creating a handful of sound-deadening panels that you can hang on the wall in the room where you’ll be recording live audio.

On top of that, you can also find heavy curtains that can reduce incoming noise that might otherwise leak through the windows.

If your studio has a lot of unwanted room noise, it’s going to be that much harder for people to take your studio seriously. So before dropping that next paycheck on hardware, think about improving your space instead of more gear.

At LNGFRM we like GIK acoustic panels. They’re not the cheapest option out there, but their quality and durability means that, like Manikan, you can invest what you can over time and eventually have an awesome room setup.

So we’ve talked about gear and soundproofing, both of which are very tangible ways of improving your home studio.

But what about your production skills? Obviously, you need to know what you’re doing if you want people coming in to record with you.

Fortunately, just like everything else we’ve been talking about here, you don’t need to rush things.

Whether you know it or not, you’re already going on a musical journey, and part of that journey is building up different skills that you’ll be able to use in different ways. Manikan talked about how his current skills and level of expertise have been in development for a long time, how they’re a result of working in the music industry for decades.

“The studio has allowed me to properly utilize my tools, exploring different techniques and mastering the process of audio engineering. Apart from that, this studio further developed my creativity as a musician because it allowed me to learn from other artists and produce the output quality they expect.”

Yes, it’s easier than ever before to learn a lot of different music production and audio engineering skills, thanks to the internet, but it still takes time.

As you develop these skills, you’ll start making creative choices in order to achieve a super-specific sound or to help every individual aspect of a song to shine in its own way and contribute to a stunning overall effect.

Go forth and create

Ok, so you might be reading through all this and thinking, ‘Well how the heck could I ever build up my own studio? Seems like a crazy amount of work.’

You’re right about one thing: it is a lot of work to create your own home studio, but the good news is that it’s something you can work at over a long stretch of time.

If you’re expecting to be able to put together a home studio that can offer professional music production within, like, a week, then nah, that’s just not going to happen.

But if you take a more gradual approach to the whole thing, you’ll probably find that it’s actually a lot easier than you first thought.

On the topic of other folks trying to get their own studio going, Manikan had this to say:

“You can start small and have a basic setup. What’s really important at the beginning is to know and establish the basics of music production and audio engineering. It’s essential to exercise your creativity by constantly practicing and working on various projects. Listen to different materials and use them as your reference or guide as you find your own style.”

Be open. That might sound like something out of a new-age self-help book, but it’s something you should really keep in mind.

Be open to new ideas, new sounds, new genres, and new ways of doing things. All of these are part of a much bigger picture, and they end up being the stepping stones to your own music production expertise.

Becoming a music professional like Manikan is a long journey. But investing in your musical space means more than investing in inanimate objects – it’s an investment in your career.