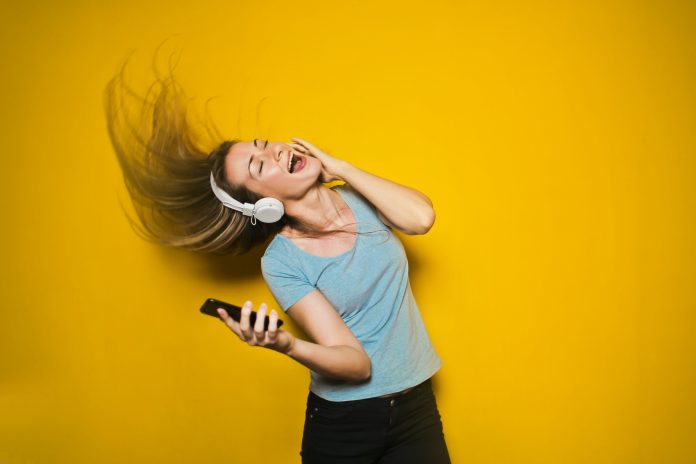 It’s one of those strange coincidences, that so many pop songwriters include some form of magic in their lyrics.

It’s hugely common and has been for decades. Maybe it’s just because magic can work as a shorthand for the unexplainable aspects of love and loss.

Instead of launching into a big philosophical diatribe in the middle of a track, the singer can just say, “It’s magic,” and we all basically get the idea.

Just for fun, we decided to put together a list of pop songs about magic, along with some minor commentary on what exactly they meant by magic in each.

If you’re looking to dive into a different genre, check out this starters’ guide to jazz.

Why not start with the master?

Hendrix and Co. also had a track called Spanish Castle Magic, but Voodoo Chile is just so much more interesting.

“Well, I stand up next to a mountain / I chop it down with the edge of my hand / Well, I pick up all the pieces and make an island / Might even raise a little sand”

So we’re seeing a few different things here. For Hendrix, magic is an illustration for his own power, which he illustrates through some wild imagery, all around a traditional blues structure.

The song is about how great he is, not the power a woman holds over him.

I guess for one we could take note of this being late-career Hendrix, where nothing could really stand in his way, except for himself.

Unfortunately, ELO has come to be associated with their biggest hits and not a lot else. Think “Evil Woman,” for example.

But the band had a lot more to offer than just some vaguely disco-sounding tunes with forgettable lyrics.

This track is from their seminal album, Face the Music. The record spans elements of classic rock, opera, classical music, and even funk. It’s a weird little time capsule that deserves your attention.

And this song, in particular, is a great example of just how catchy these songs can be. Some of the vocals sound a bit like the Bee Gees, but we can forgive that when the melody leads us through a pleasant musical trot.

You have almost definitely heard this song before. It makes a wonderful appearance in The Virgin Suicides, for example.

It’s a classic 80s song, and one that has stayed with us. It still sounds new and fresh, in certain ways. And it has just the right amount of weird guitar effects to keep the listener interested.

As far as the lyrical content of this track, you can pretty much guess what it’s about. Our leading lady has found a guy she really likes. Let’s just leave it at that.

This is a shower singalong song if there ever was one, and that’s exactly what you should try at some point today.

I’m not ashamed to say that I first came across this song while watching the animated children’s series Adventure Time.

It plays as our heroes drift into the lair of a very bad superlady. In the world of the show, it’s sung by a fox made of ice, along to the groovy guitar playing of yet another ice-fox.

It stands apart as a delicate and magical moment, even in a show that has become famous for magical musical moments.

In terms of the song’s instrumentals, it’s just a guitar. That’s all. No background synths or bass. Not even percussion. Just a guitar with some very 90s reverb slapped on it.

Then we’ve got the lyrics, some pretty strange lyrics, actually.

“It’s a restless crowd, the doves are flying from his sleeves / One girls not so loud, like a convert she believes / She’s always been looking for wires, but now she knows none are required / It’s magic.”

When we asked our staff to think of songs about magic, this song was one of the very first to come to mind for most of us.

You’ve heard the chorus a million times before in any number of movies, commercials, and TV shows:

It’s just vague enough that it can be tied into many different kinds of stories. On top of all that, the song has that incredibly bright sound common among mid-70s pop tunes.

Just for kicks, you should check out the music video. Just look at those outfits. More importantly, take note that every one of the musicians is smiling.

Now take a look at some modern music videos. Is anyone smiling? Probably not.

This is pop music at its purest: completely empty and accessible. And that’s not a bad thing! Listen to this song when you’ve fallen in love, or when you get a promotion at work.

The magic in this song can mean absolutely anything you want it to, and that’s a useful song, one that can stay in your rotation for years.

Every Little Thing She Does is Magic – The Police

You’ve heard this song before. It was one of the biggest hits during the Police’s long career. It also manages to be upbeat, in contrast with much of the band’s output.

Flip it on, sing along, and feel better almost instantly.

I Put a Spell on You – Screamin’ Jay Hawkins

This song makes the list for a few different reasons. For one, it’s definitely the weirdest song on our list of pop songs about magic.

It’s also a great song, one that you should listen to. And if you don’t enjoy the original version all that much, there are plenty of covers to choose from.

I mean, even She & Him did a pretty sparse cover of the song, so it’s really not all that obscure if Zooey Deschanel could get her hand on the ball.

It’s strange, fun, and definitely not the kind of song we’re likely to see written today, or anytime soon for that matter.

So is it a novelty song or just a slightly creepy love song? Probably both. But that doesn’t make it any less fun to listen to.