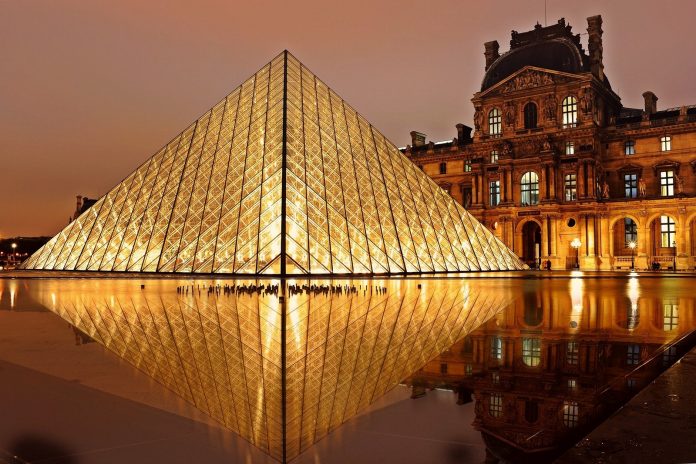 France has long been a cultural icon, especially when it comes to fashion, food, and music. This small European country has had a massive influence on how the rest of the world makes food, clothing, and art.

And so it’s no great surprise that France also has a long history of wonderful music, especially when it comes to crooners and singer-songwriters.

French music has enjoyed great popularity here in the United States, thanks in part to its sophisticated tone and nostalgic, warm feel.

We’ve compiled a list of some of the most popular old French songs for your listening pleasure, all of which will transport you to a quiet Parisian cafe, even if only for a moment.

Edith Piaf is one of the most famous and well-regarded French singers of all time. And her death was mourned by the whole world.

Her songs contained subject matter that ranged from love and devotion to bold defiance against cultural norms.

This song, in particular, has been performed and recorded by countless musicians through the years, including the likes of Louis Armstrong and Belinda Carlisle.

It has appeared in many movies, especially movies set in a dreamy version of Paris.

Edith Piaf’s recording of La Vie en Rose is simply one of the song’s greatest incarnations. Her unique voice and passionate delivery make the song’s romantic and fantastical lyrics that much more believable.

Technically speaking, the great Joe Dassin was born in the United States, in New York City, to be exact.

His father was a film director, but when he was blacklisted by Hollywood in 1950 as part of the rise of McCarthyism, Joe and his mother had to live in multiple cities around Europe.

But despite this trying childhood, Dassin’s music generally stays very sunny and positive.

This song is particular, Les Champs Elysees, is a lovely piece about positivity and looking toward the future.

One of the song’s best runs translates roughly as, “In the sun, under the rain / At noon or at midnight / There is everything you want / At the Champs Elysees”.

This song was also famously used in the Wes Anderson comedy-drama, The Darjeeling Limited. It rolled over the credits and even appeared in the accompanying short film as a jingly melody played by a music box in a French hotel room.

This is one of the best songs imaginable for pulling yourself out of a blue funk at a moment’s notice.

So go ahead and let the light in; listen to some Dassin.

Francoise Hardy wasn’t just a musician and a model, she was the IT girl for early 1960s culture.

Her great success in the world of music led to her meeting with many prominent musicians of the time, including the legendary American singer-songwriter Bob Dylan.

She became a fashion icon soon afterward and is still regarded as one of the most stylish artists of her time.

Her song Le Temps de L’amour translates roughly to The Time of Love.

Even to this day, the song is chic, groovy, and makes you want to dance awkwardly while looking at your feet, just like they did back in the 60s.

You may have heard the song before if you’re familiar with the movie Moonrise Kingdom.

The two young lovers play the song from a 45 while dancing with each other on a beach.

Jacqueline Taieb is yet another 60s French singer-songwriter whose music remains stylish 50 years after it was first released.

She started writing songs at the innocent age of 12, maturing in both musical style as well as lyrical content as she rose to prominence.

This song tells a very simple story: of waking up in the morning and preparing for school. That’s it.

And it’s great. Some xylophone bells re-create the sound of an alarm clock as Taieb thinks about the things she’ll need to do today.

Best of all, Taieb recorded both French and English versions of the song, just in case you’d like to understand in detail which sweaters she’s thinking about wearing.

Sweepin’ the Clouds Away – Maurice Chevalier

Maurice Chevalier is one of the most famous French crooners of all time. Apart from enjoying great success in his native country and Europe, Chevalier was also very popular in the United States.

He toured extensively, bringing positive music and fun instrumental arrangements to crowds all over the world.

The track Sweepin’ the Clouds Away served as the theme song for the movie Paramount on Parade, released in 1930.

Its lyrics are hopeful, optimistic, and certainly contain a bit of silver screen-style fantasy.

Edith Piaf returns to the list once again with a song that became a kind of signature for her life and her career: Non, Je Ne Regrette Rien, or, No, I Don’t Regret Anything.

Think of this track as the French version of Frank Sinatra’s famous song, “My Way,” which detailed his dedication to ignoring trends and tradition in favor of blazing a new path.

We should also note that the song was used repeatedly in the Christopher Nolan film Inception. It both applied to the movie’s themes while serving as a practical time-marker in a movie that was famously complex and intricate.

Maybe part of what makes French music so popular with those who don’t speak the language is that it makes the music a bit less distracting.

The beauty, the artistry, and the poetry of each song comes through, even if you don’t happen to understand each line of the lyrics.

So if you’re working or getting ready for a long road trip, pop on some of these historic French pop songs that still hold up today.

Suddenly you’ll feel like a character in Ratatouille, prepared to chomp down on a baguette and eagerly awaiting a mug of black coffee.

Even better, playing French classics is more likely to impress your friends with your extensive knowledge of “world music”.

Also, since many of these songs appeared in movies, you may also want to check out this list of movies rich in symbolism and ripe for analysis. After all, movies couldn’t get by without killer soundtracks.