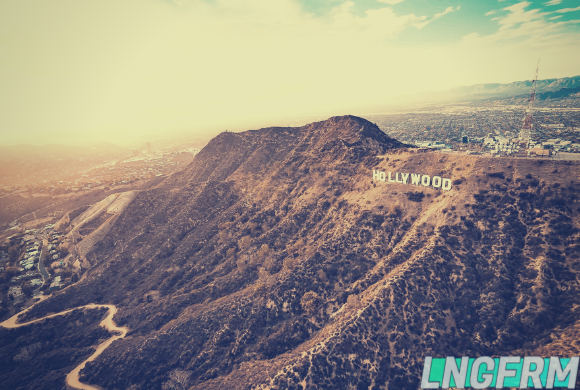 Well, if you’ve been keeping up with many of the recent developments in Hollywood, then it shouldn’t come as a shock that the industry is going through a moment of flux.

Corporate consolidation has remained a focus for the biggest studios in the game. Meanwhile, independent productions have continued to earn their keep, being taken far more seriously by executives and moviegoers alike.

Diversity initiatives have been pushing for positive change when it comes to hiring practices and representation, slowly but surely ushering in a new era of filmmaking.

But some things don’t change. Hollywood is still largely interested in telling stories, and many studios and smaller production studios do this quite well.

Skilled screenwriters are more important than ever before, and Sammy Sultan has made it his mission to create unique, compelling stories with a deep sense of humanity and humor, qualities too often lacking in mainstream fare.

Sultan is a British screenwriter who first became involved with entertainment in his home country, heading up his own interview show before going on to write award-winning scripts and eventually moving to Los Angeles.

Having worked with Feigco and Annapurna, Sultan now largely focuses on his own projects, which include a feature and two separate television pilots.

Below, you’ll find our discussion with Sultan on some of the most crucial elements of contemporary Hollywood and how his own focus continues to be crafting intricate and thoughtful stories that speak to audiences on a highly personal level.

Talk to us about some of your favorite filmmakers and how their work has influenced your own.

Sultan: I go to the movies to feel, to unlock the emotions I suppress. In fact, I should probably talk to a therapist about why they are the sole agent capable of extracting a tear or two, but suffice it to say I’m a sucker for anything that’ll move me. For that reason, I grew up a huge fan of Richard Curtis. He’s the man behind Notting Hill, Four Weddings and a Funeral, and Love Actually. More than anyone, he seems to capture the feel-good factor that represents modern British sensibility. I also love Norah Ephron’s films. Between her, James. L. Brooks, and Nancy Meyers, they created a golden age of heartwarming films we remain in need of today.

So does screenwriting feel like a crowded or fiercely competitive profession at the moment?

Sultan: Screenwriting has always been a crowded profession. I think that’s probably because you’re identifying as a ‘writer’ first and foremost, something anyone with a basic level of education can claim to be. It creates a very big pool of would-be people vying for the same jobs. But someone once told me that the difference between an amateur and a professional is persistence. Given how competitive the industry is, you need to be as fierce as any other writer if you’re to even stand a chance of succeeding.

What do you think is the most exciting part of sharing a script with others?

Sultan: Sharing the first draft of a screenplay is both magical and petrifying. Magical because you’ve probably had a spiritual journey getting it from a blank page to a fully furnished script. Petrifying because, at its core, this is quite a raw piece of work. It’s utterly vulnerable and lacks the polish of its future iterations. That said, there’s nothing quite like validation for a storyteller. If people respond positively to your screenplay, it means you’ve connected with them on some level and that’s what we all set out to achieve.

Do you ever intend to communicate a specific message through your work?

Sultan: I think that if you’re being overly conscious of spreading a message, especially in the writing stage, your script ends up feeling a little wooden. This is art at the end of the day and it’s up to others to interpret whether any messages are being espoused.

Have major movie studios been doing a good job of increasing diversity among filmmakers and screenwriters?

Sultan: I definitely think so. There’s a long way to go to correct some pretty well engrained unhelpful norms in Hollywood, but steps are being taken. A lot of screenwriting fellowships and labs encourage diversity, be it from the applicants themselves or the stories they look to tell. In terms of talent on screen, it’s been really encouraging to witness broader representation.

Since moving to LA, has the city met your expectations?

Sultan: I have no doubt that if you want to work in film and television then LA is still the place to be. While a lot of production is outsourced to different states or even countries these days, most of the creative footprint remains in this city. In that sense, I feel very satisfied I made the decision to move here.

Do you think that movie theaters are bound to be overtaken by convenient home streaming?

Sultan: If you’d asked me that question a couple of years ago, I may have said yes. And yet, in much the same way radio fought the advent of television, movie theatres are enduring the advancement of home streaming. I think there will always be an appetite to sit in a dark room, with people you don’t know, to share an emotional experience. I think that’s what Marvel does so well. They continually instill a willingness to experience something epic together. Perhaps it all boils down to being human and acting on our innate desires to be social. You can’t be social at home.