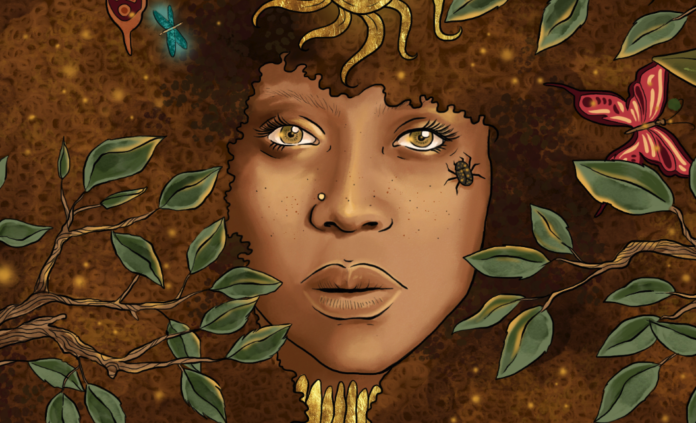 Interpretation of visual art depends so heavily on individual perspective that Picasso himself would routinely freakout about it. He was convinced that no one person could paint the truth, since the truth can’t be found from a single perspective. ‘Guernica’ and much of his later work was an attempt to portray multiple perspectives simultaneously, simulating how people can see the same scene very differently.

And here in 2018, we’re finally coming to grips with that need for varied perspectives. The whole of Hollywood is desperate to find writers with diverse backgrounds, not just because it makes for positive optics but because diverse backgrounds means new kinds of stories get told, stories a room of white guys might never have come up with.

It’s not just the entertainment industry that’s catching on. Every line of work you can imagine is slowly being overhauled, becoming more amenable to allowing more and more people have their say.

Zeynep Gungor has had to fight to secure her place in the design world, an industry lagging behind many others in making room for diverse perspectives. Originally from Istanbul, the fabled meeting place of Eastern and Western thought, Gungor studied at the illustrious Pratt Institute right here in NYC, then set off on an impressive design career. She’s currently with McCann, one of the largest advertising firms in the world (and for any ‘Mad Men’ fans out there, it’s the same company that bought out the original iteration of Sterling Cooper.) Gungor has also nailed down some high-profile clients in her time, among them Chick-Fil-A, the New York Lottery, and Microsoft.

We spoke with Ms. Gungor recently to pick her brain about how she’s managed to make a name for herself in a highly competitive field, and where exactly her design style comes from.

Like a lot of children, Gungor had energy to spare. But it wasn’t long before she learned to channel that energy into the creative arts, and in particular she quickly found that she had an interest in drawing, anything at any time, using whatever was available.

“My introduction to making artwork was also quite early on. I was an extremely hyper child, and my tired mother found the solution by handing me a pen and paper and challenging me to draw things around me, or from memory. I never stopped drawing, and as I grew up I discovered that imagery and type live together in the world of graphic design. I don’t ever remember wanting to do anything else. I was so fascinated by book covers, album covers, and posters, as well as and their storytelling attractiveness.”

It all started with a fascination of typography as a child, gathering letters in different fonts to make elaborate collages. Even back then, each shape seemed to take on its own properties, almost seeming like part of the organic world. They almost looked like they would start to move as soon as she turned away from them.

“I’ve been obsessed with letterforms my entire life. Ever since I could hold scissors, I would cut out different characters from magazines or newspaper headlines. Rooted in a condition I have called synesthesia, I really believed each character had a personality. They registered as thoughts and feelings in my brain.”

Gungor may have moved past magazine collages, but she still loves working with physical materials, even in a time when software has become the dominant force not just in design, but about every other industry you could think of. For her, physical mediums offer something special, something that just doesn’t quite come through in digital imagery.

“Even though it’s considered quite old fashioned in the heavily digital graphic design world, I still work on paper with my hands until the very last rendition of the project. The beauty and honesty of physical materials makes me fall in love with this line of work every time.”

It helps her stay in touch with that childhood sense of open-minded creativity, which she then combines with her cultural heritage to make something truly her own. And it’s less about versatility, more about knowing that the source of your strongest work is your own passions, recognizing your own specific talents and presenting them to the world with pride.

Regardless of whether the work is personal or professional, Gungor’s designs draw from a number of sources that lend inspiration as well as historical perspective. In particular, she enjoys taking notes from the great masters, of many different mediums. The aim is to take those same core concepts and translate them for a modern audience.

“I’m a huge art history nerd, so work from the past inspires me a lot. The same goes for vintage cinema. Usually I feel super-charged with the urge to create work after a long museum visit. I always try to think of ways to make that kind of complicated information more approachable and available.”

When working specifically with advertising agencies, much about the creative process is changed, by necessity. There’s less time to explore creative possibilities and so even the first idea can be developed in a matter of hours. Then, those ideas are pitted against other ideas to find the one that will best satisfy a client’s tastes.

“Working in a big agency, it’s quite humbling to see how fast work needs to get done. You learn to produce ideas that are very multifaceted and are applicable to any format, from social media to a video spot. And you learn to not be too attached to any of your ideas, because more often than not they will be shot down as fast as they’ve come up. You build a thick skin and a ‘keep going’ mentality, and ultimately that makes you a much stronger contender.”

And throughout this hectic workflow of hard deadlines and healthy internal competition, Gungor has managed to keep certain things at the front of her mind at all times, the things that she has never abandoned during her rise to industry prominence. What’s at the very top of her list? Cultural integrity.

“My culture was never separate from my work. I really do believe being able to shift perspectives is key to being a great designer, but there is no reason to leave all of your accumulated knowledge and aesthetic behavior behind to conform to Western trends. Given my humble beginnings in a colorful and chaotic city, Istanbul, there’s always an urge to represent that vibe to its fullest extent.”

That strong connection to her roots has come into play in just about all of Gungor’s work. Most of the time it’s very subtle. But Gungor has also put together some impressive projects that focus exclusively on her Middle Eastern origins, making elements of her young life accessible and relatable to a huge range of viewers.

“Two of my biggest personal projects are about the Middle Eastern immigrant experience and words of Middle Eastern origin used in my native language Turkish that don’t have direct translations to English.”

Unfortunately, Gungor’s unique design sensibility has ruffled some feathers along the way, especially among executives who aren’t accustomed to multicultural influences. It’s a conflict that many, sadly, have to deal with nowadays: this decision either to adapt to contemporary trends with broad appeal or to remain focused on a individualistic design style that draws on personal experience.

“Much like other high-profile industries, it’s very male dominated and heavily Western in influence, so being a young Muslim woman from Istanbul brought many pros and cons. Having my work be taken seriously in the current climate was quite challenging. Most of the time, I was chastised simply because of the subject matter I chose to work on, met with responses like, ‘Well I’m not interested in Turkish literature so I don’t care about this project.’ At times it was discouraging.”

And as a result there have been times when it seemed like it might be easier to just fit in, to just make the same kind of work that thousands of other designers churn out all the time, following this week’s latest trend.Through all of it, Gungor has stuck to her personal philosophy.

“Trends will always come and go, offering instant recognition and glamour to those who abide by them. But in my opinion, having a personal brand that transcends what’s cool at the moment and always strives to create meaning is the most important. The key is finding the content that you care about deeply and letting that shine through.”

It’s a lesson we should all keep in mind. Losing touch with out individual set of roots benefits no one. As corny as it might sound, there’s strength in the U.S. melting pot set-up. We’re already here after all, we just have to start listening to each other. And yeah, it kinda sounds like an after-school special, but there’s truth in it, too, the kind that can be seen from many different angles all at once.