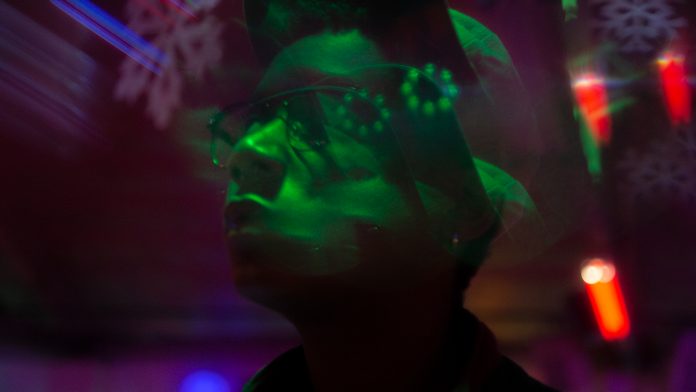 If you think that movies are all the same these days, then you clearly haven’t been paying attention to the indie movie scene, where creativity, originality, and representation are vastly more important than they are in Hollywood.

We could probably spend several hours talking about the role of the internet in indie filmmaking, and we could spend another several looking into dozens of excellent independent filmmakers working right now, but instead, we’ll bring the scope down a bit and share with you some highlights from the career of one incredibly talented indie filmmaker in particular.

Who is this filmmaker? Her name is Luciana Salinas. She’s from Peru originally, and she’s been living and working in the US for quite some time now, specifically in the Chicago area.

So this article is going to walk through a variety of projects that Salinas has worked on recently, is currently working on, or is planning to work on very soon.

To start, let’s just focus on an overview of her past credits, because as you’re about to see, Salinas basically hasn’t stopped moving since the start of her career, always looking to the next project and covering a wide variety of work.

To sum up, Salinas has worked as a DP (Director of Photography) and Camera Assistant on indie feature films, narrative short films, commercials, television pilots, music videos, documentaries, and live events as well.

Throughout it all, Salinas has prioritized support for female, POC, non-binary, and queer filmmakers. See what we mean when we say she hasn’t stopped moving? It would be way too much to try and talk about every one of these projects, so we asked Salinas to single out some of the most notable projects and also talk about some of the upcoming work, too

Let’s start by looking at a couple of Salinas’s favorite film projects she’s been a part of. We’ll try to provide some helpful links when possible if you’d like to learn more about each one.

One of Salinas’s favorite projects is a psychological horror short titled Where Monsters Lurk.

The film was directed by Beth Ashby and produced by Lindy Stokes. It tells the story of a woman tormented by her depression and body dysmorphia, with plenty of horror vibes to go around.

Thankfully, the project was successfully completed and released, but as Salinas told us, things were looking pretty shaky right before going into production.

Basically, the initial global Covic-19 outbreak and global response hit about one week before the team was set to start shooting. As you might have guessed, this caused some massive logistical issues for the project.

“There were no vaccines, and we were still learning about the virus. So, in order to get back to production we had to go through re-writes since the original script took place in five locations, which we cut down to one. We also redesigned the entire visual concept behind the project.”

As DP for the film, Salinas was heavily involved in working out the ultimate look and execution.

The project took about two years to complete from start to finish, and Salinas says that the team grew pretty close along the way. Where Monsters Lurk is currently being submitted to film festivals, so keep an eye out for it if you follow the festival circuit. Switching gears over to TV land, Salinas also mentioned a sci-fi pilot she worked on under the title Wizdom, directed by Layne Marie Williams. Salinas worked as 1st AC on this project, and Wizdom is currently in the post-production phase.

“Wizdom, has a very refreshing futuristic proposal, but to me, the real success was the overall collaboration between departments. Everyone was bringing their A-game to the table, and the environment we created on set was really great, as it was run mostly by female, POC individuals.”

There’s always room for more creative sci-fi in the television landscape, but for the moment we’ll have to wait and see where and when Wizdom surfaces.

We’re covering a lot of Salinas’s work on narrative-driven projects in this article, but we also want to briefly touch on some of the commercials she’s worked on, too.

Salinas pointed out a couple of different things about working in commercial production, the first of which is that there’s been a pretty significant shift in terms of the goals for how commercials should look and feel.

“Commercials today are seeking to provide a more cinematic experience for their audience. This has opened up possibilities for filmmakers to experiment and produce substantial visual concepts for the projects.”

This is easy to notice in a lot of contemporary commercials from large brands, and it’s a far cry from the largely unsubstantial commercials of not so long ago that focused much more on providing surface-level information about a product or service rather than telling a story.

But commercials are quite different from narrative films in terms of the actual nuts and bolts of how they’re made.

Unlike narrative work, commercials receive consistent input and feedback from the client and the advertising agency, since they have the final say regarding how a commercial turns out.

Production pacing is another big difference. More specifically, commercials have to be shot fast.

“The environment of a commercial project is incredibly fast-paced and carefully revised on a step-by-step basis because there is a clear idea on what the brand represents, what their product should look like, and ultimately what the consumer’s experience should be like when watching.”

Not everyone can hang in that kind of rapid-fire environment, but Salinas has taken on tons of these projects in the past and we’re sure that she’ll continue to work in this area in the near future as well.

But now let’s move on to one of Salinas’s upcoming projects, possibly one of the biggest she’s worked on yet.

Coming up this fall, Salinas is planning to work on a fascinating short film called Junction.

Junction follows several strangers as they grapple with difficult relationships and elements of their past. The short is made up of three separate vignettes that all take place in a Chicago neighborhood over the course of a single night.

Here’s what Salinas had to say about the project:

“This project is being written, directed, shot, and produced by our female film collective, Girls x 3, which was created in the middle of the pandemic when a lot of artists, including ourselves, were left with no creative outlet. Slowly the collective expanded into an opportunity to develop more content with female, non-binary, and POC creatives. We felt that this partnership allowed us to offer others the space for creativity that we’d been searching for.”

How you can help

For anyone who would like to contribute to the project and help this film get made, Salinas has provided some additional info.

50% of the project budget has been put up by a private, independent investor, but for the other half, Salinas and the team are turning to crowdfunding platform Seed and Sparks. You can check out the official project listing right here.

As for incentives being offered to contributors, Salinas and her collaborators wanted to take a different approach, one in which they could also feature local artists, creating many of the pieces that will be offered as incentives.

But what are they? Depending on the amount donated, contributors can receive printed stills from the film, limited edition posters signed by the filmmakers, or even get invited to an early screening of the final cut of the film.

We’ve covered a lot of ground here, but to close out, we’d like to quickly mention some other projects Salinas has in the works.

At the moment, she’s working on the pre-production for an indie short called GLO, which was one of the finalists in the 2022 Community Builders Grant, organized by Camera Ambassador. Principal photography is slated for Q3 of this year.

GLO is a queer Black coming-of-age story that centers on Jade, who’s trying to navigate romance while she’s still recovering from the loss of her mother.

As for what Salinas has planned for the next few years … “My focus is to continue harvesting fruitful collaborations with more artists. I would like to get to a point where traveling for work is part of my life. Hopefully I’ll venture into more directorial opportunities, and more importantly, I want to continue creating spaces and opportunities for female, POC, queer, and non-binary individuals to develop their craft.”

That’s everything we have for you today. Special thanks to Salinas for speaking with us and sharing her work. If you’d like to learn more, just check out the links we’ve included throughout the article.

How Will You Promote Cultural Exchange In Your Home?

How Does Cultural Exchange Help In Community Development?