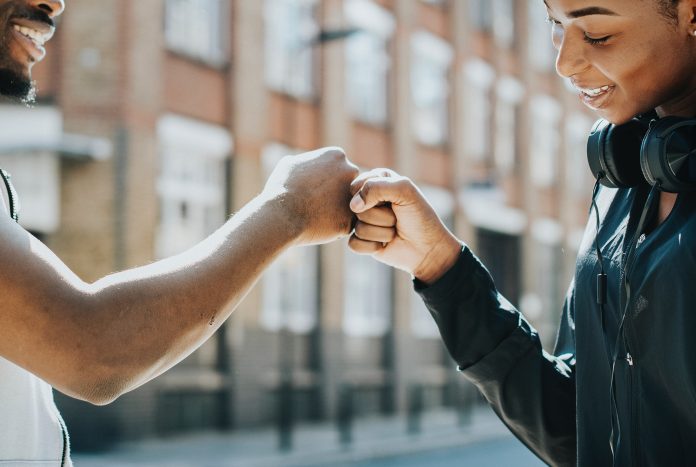 For decades now, much of popular music has busied itself with trying to say something about love: falling in love, being in love, falling out of love, etc.

And it makes sense that the subject has remained so popular. After all, romantic relationships are where many people find meaning in life.

And, for better or worse, there are times when we fall for someone who’s already in our lives. We may even fall for a friend.

When you happen to find yourself in this situation, it’s natural to want to hear music you can relate to.

Just for kicks, we’ve put together a list of some of the best songs about falling in love with a friend.

Also, love can be a frightening thing – click here to check out our list of songs about being scared to fall in love.

This track fell in the middle of one of Queen’s greatest albums: A Night at the Opera. The record is packed with seminal hits, including Bohemian Rhapsody, I’m in Love with My Car, and The Prophet’s Song.

But You’re My Best Friend is one of the most emotionally truthful songs that Queen ever recorded.

Unlike some of the other songs on this list, the track is delivered from a very positive perspective, rather than a tone of forlorn unrequited love.

Even more interesting, this song wasn’t written by frontman Freddie Mercury. It was written by John Deacon, the band’s bassist.

The lyrics are simple but honest: “Ooh, I’ve been wandering ‘round / But I still come back to you / In rain or shine / You’ve stood by me girl / I’m happy at home / You’re my best friend”.

When it comes to pop/rock groups of the 1980s, it’s hard to think of many bigger than REO Speedwagon.

The group had a talent for recording chart-topping hits, including the track Can’t Fight This Feeling Anymore.

The track is musically upbeat but its lyrics are distinctly mopey and full of worry.

Let’s take a look at the lyrics: “What started out this friendship has grown stronger / I only wish I had the strength to let it show … ‘Cause I feel so secure when we’re together / You give my life direction / You make everything so clear”.

No, it’s not the most profound work of art ever created, but it does speak directly to a surprisingly common situation.

Best of all, the track is perfect for karaoke night. So tap into that memory of long lost love and impress your friends with the depth of your passion and an ability to hit those high notes.

I Want You to Want Me – Cheap Trick

Rock group Cheap Trick wasn’t exactly known for especially artful music, but that doesn’t matter so much when the music is just so darn catchy.

I have a challenge for you: put this song on right now and do your best to not burst into a dance. I’ve tried my best three different times and I don’t think it’s possible.

The lyrics here are nothing fancy. In fact, the title of the song gets repeated roughly 5,000 times in just a few minutes.

But the lyrics do a great job of getting right to the point. We’ve all had moments where we wanted someone to want us.

This song was basically tailor-made to appear at the end of 2000s movies. And it did in fact show up in the Shrek 2 soundtrack, which of course none of us have forgotten about.

And it has gone on to find an afterlife on the airwaves of adult contemporary radio stations all over this great country of ours.

Overall, it’s a saccharine pop hit that touches on something very real, namely, the feeling of finding yourself in love without really expecting it.

Mike Krol has built a sizeable following around songs about the suburbs and the problems of young romance.

He packs all of that and more into short pop-punk songs with plenty of fuzz. It’s surf music for the modern age, and Grade School Love is one of his best.

It takes a look back at the kind of feeling you had in elementary school when you first noticed someone smiling at you in the hallways between classes.

You probably started wondering whether they liked you, or maybe whether you liked them back.

Let’s take a moment to listen to the lyrics: “My stomach burns, my eyes turned red / I can’t believe what you said … I still miss you my grade school love”.

Chances are you’ve heard this song a million times before. It’s a joyful anthem to be sung when unrequited love finally becomes real.

Most of the time it happens with someone you’ve known for a long time, a friend who, before now, never seemed all that interested in you.

But finally, after all that waiting, comes the moment of honesty and relief.

Etta James was one of the most talented vocalists of the mid-20th century, and her passionate voice shines through on this track like nobody’s business.

And so we come to the last song on our list: the Elvis classic Can’t Help Falling in Love.

Unfortunately, what started as a tender love ballad for the ages turned into a signature song of the King’s donut years.

But the song holds up just fine, and plays especially well on a rainy day.

“Like a river flows surely to the sea / Darling so it goes / Some things are meant to be / Take my hand, take my whole life too / For I can’t help falling in love with you”.

So if you’ve found yourself in a tricky romantic situation, give yourself a break and listen to some of the great music that’s been written by other romantic types with their own struggles.

And we’ve almost definitely left out some of your personal favorite songs on the subject, so feel free to leave a comment with one of your favorite songs about falling in love with a friend.

And if you’d rather check out some smart people music, then we recommend this great article on getting started with jazz.