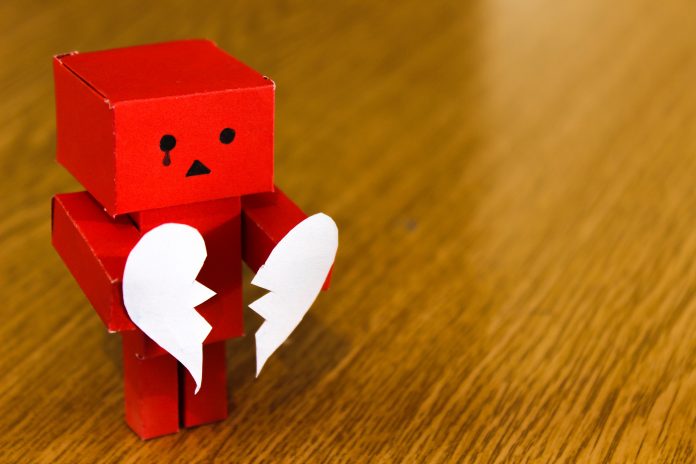 One of the only positive things about missing a loved one who’s gone away is getting to listen to song after song that speaks directly to your situation.

And luckily for us, this is one of the most popular subjects in pop music, and it has been for decades now.

We’ve taken some time to pick out some of our favorite songs about missing someone far away. These are quality tracks, including a few that you might not have heard of before.

So dip and give them a try. You might find a new favorite in the process.

If you’re looking for some music that’s a bit more upbeat, check out this list of happy songs.

If you’re a fan of pop-punk material, then you’ll probably like this song. It’s incredibly simple in its construction and execution, and as a result it’s a powerful song.

It does its best to capture a very specific feeling, namely that of being in a long-distance relationship.

These kinds of relationships can often feel challenging, baffling, and especially lonely.

AJJ nails that blur of feelings down perfectly, even commenting on how often this subject matter has been tackled in music before: “I hate whiny f*****g songs like this / But I can’t afford a therapist”.

Emperor X has been around since the 90s, and has managed to build up a decent following around the U.S.

That said, his is probably the name on this list that you haven’t heard of before. In fact, we hadn’t heard of him either before this track popped up on Spotify.

And while we can’t offer in-depth analysis of his entire discography, we can say with confidence that this track, Erica Western Teleport, is a beautiful portrayal of missing someone and trying to forget about them at the same time.

Much of the song is just a litany of what not to think about:

This is just a classic. You can’t really argue with it. I dare you to try. Listen to the song and tell me that it doesn’t bring up some feelings.

There’s nothing all that special or unique about the lyrics. It’s a song about missing someone. It also doesn’t say anything about a permanent breakup.

The focus just seems to be that even when she’s away for a little while, he can still feel it.

The song has since been co-opted by many different commercials and movies. Notably, it was even used for the Super Bowl commercial for the video game Dante’s Inferno.

I’m gonna do my best not to talk about the movie of the same name. Great, now that we’ve all accepted that, let’s move on.

This is one of those songs that has become such an integral part of human culture that it seems strange to think that someone actually had to write it.

Is it a bit whiny? Almost definitely. But it never stops feelings honest, and that’s the most important factor here.

Paul McCartney is the gentleman behind this track, and it carries a lot of the McCartney hallmarks. It’s gentle, smooth, and it’s absolutely perfect for radio play.

Jeff Rosenstock is another pop-punk artist who has actually been in the game since the 90s. His solo career has featured some of the best work of his career, including this penultimate track from his 2018 album POST-.

It’s another simple song, one about being stoned on the subway and missing someone special.

Best of all, it’s able to describe the feeling of realizing for the very first time that you miss someone, suddenly coming to grips with how much they meant to you:

Jolie Holland is a wonderful country/bluegrass singer who Tom Waits recognized early in her career as being a true talent.

And when you listen to Damn Shame (which we urge that you do as soon as possible) it’s easy to see why.

This is a gorgeous track about feeling forlorn and lonely while your significant other is twelve time zones away.

The old Dylan tunes are arguably the best Dylan tunes. This is a track from The Times They Are a-Changin’, released in 1964, right as Dylan was breaking onto the Beat scene.

The song contains two different characters, both sung by Dylan, who are preparing for one’s departure.

One of them asks, “Is there something I can bring you / My own true love?”

The other replies, “Just carry yourself back to me unspoiled / From across that lonesome ocean”.

No wonder his critics put forth that he was stealing songs. This one sounds ancient like it’s been passed along over generations.

But in reality, it was just written by one of the most talented young songwriters in the country.

The fact that it still holds up is a testament to the power of his craft.

This is the opening track from Mitski’s breakout album, Bury Me at Makeout Creek. It’s a short track at just over two minutes.

But in that time, Mitski brings you into her world, a world of love and longing and wanting to be anywhere but here right now.

It paints a painful picture of the small details that you remember long after someone special is gone:

“Texas is a land-locked state / It’s a little bit far away / From the water, from the home that I’ve wanted to make / It somehow, in the city, you make it there and you make it anywhere / But I’ve been anywhere and it’s not what I want / I wanna be still with you”.