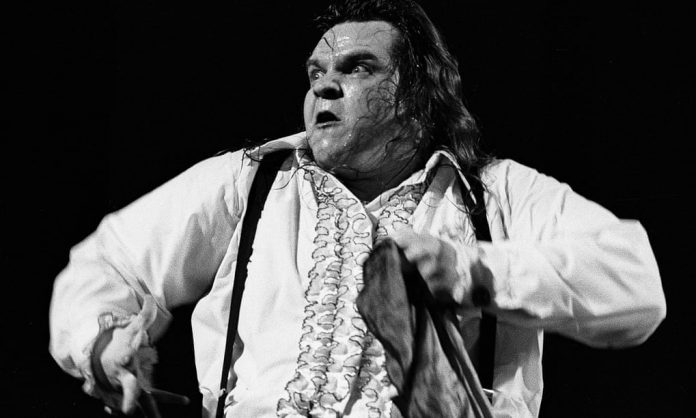 The late songwriter Jim Steinman, who wrote everything on Meat Loaf’s 43 million-selling breakthrough album Bat Out of Hell, rescued his career when it was in the doldrums by agreeing to make 1993’s Bat Out of Hell II: Back Into Hell, and was behind virtually every song for which Meat Loaf will be remembered, according to a mean-spirited and cynical argument. Only four of the 18 songs on The Very Best of Meat Loaf weren’t penned by Steinman.

It’s true that Meat Loaf had a far more difficult time without Steinman on board. Steinman had successes with other artists, including the Sisters of Mercy and Celine Dion, but none of the Steinman-less albums were successful.

In the 1980s, Meat Loaf had a big success in the United States. European admirers were a bit more devoted, and he had a few UK hits, the most notable of which being the unmistakably Steinman-esque Modern Girl in 1984.

But, in order to avoid bankruptcy, he spent the most of the decade traveling nonstop, and the sales difference between his 1986 album Blind Before I Stop – which peaked at No. 22 in Switzerland – and Bat Out of Hell II, which went on to sell 14 million copies worldwide, tells its own narrative.

Meat Loaf would later piece together albums using songs Steinman had written for other persons and projects when he and Steinman were on the outs – their notoriously turbulent relationship led to Meat Loaf seeking to sue the songwriter for $500 million at one point. He could assemble an all-star supporting cast, as he did on 2010’s Hang Cool Teddy Bear, which included Jon Bon Jovi, Brian May, Jack Black, and Hugh Laurie, among others, but the difference between a flop and a successful Meat Loaf album seemed to be whether or not the album’s cover bore the subtitle “Songs by Jim Steinman.”

Nonetheless, their collaboration was far from one-way. Steinman’s songs were unmistakably his own: willfully absurd exercises in more-is-more campy grandiloquence, inspired equally by adolescent melodramas from the 1960s, Bruce Springsteen at his most chest-beating, and – as Steinman never tired of emphasizing – Richard Wagner. They required a very certain kind of singer to execute them: “Obviously playing a role, but obviously genuine,” as Steinman called it — a difficult feat to pull off.

As proven by his lone solo record, Bad for Good, Steinman himself couldn’t achieve it. Many others couldn’t: Steinman sought to establish bands to play his music, but Pandora’s Box and the Dream Engine found few takers.

Meat Loaf, on the other hand, seems to be capable of doing so.

He had a musical theater and comedy background, as well as a powerful voice that played well with dramatic hard rock; before to Bat Out of Hell, he had sang lead vocals on a Ted Nugent album. It was a cocktail that gave him the unique ability to sing even the most absurd Steinman lyrics with complete commitment and sincerity, while the contrast between his exaggerated stage persona – eyes bulging, red handkerchief clutched in fist – and the everyman he appeared to be off stage made it clear he was in on the joke. That was perfect for Steinman.

Whatever ridiculous lengths his music went to, the emotions at its core were realistic and relatable: millions of people didn’t buy Bat Out of Hell just to laugh at it; they bought it because the saga of the teenage romancers turned warring couple on Paradise By the Dashboard Light or All Revved Up With No Place to Go’s depiction of adolescent self-aggrandizing and yearning for escape in All Revved Up With No Place to Go rang true It was down to Meat Loaf that you could believe it even though what you were listening to defied belief. With all due respect to Bonnie Tyler, whose renditions of Total Eclipse of the Heart and Holding Out for a Hero are masterworks of no-holds-barred emotion, and Cher, whose bravura performance on Dead Ringer for Love is a thing of wonder, no one could ever sell a Steinman song like Meat Loaf.

The plain reality is that no one cared about Bat Out of Hell until Meat Loaf sang its songs. Its first triumph occurred when a live video of the title tune was shown on television in Australia and the United Kingdom. Epic Records, the record label that released it (it had been signed by one of their minor subsidiary labels, Cleveland International), despised the album and refused to properly promote it until someone came up with the idea of having Meat Loaf perform live at the label’s sales convention; steady touring and an appearance on Saturday Night Live took care of the rest.

When Meat Loaf and his band showed up to perform on BBC2’s Old Grey Whistle Test in 1978, they made quite a stir.

What’s the harm in that? Take a look at their performance of Paradise By the Dashboard Light. His voice is already exhibiting indications of the touring-induced wear and tear that would doom Bat Out Of Hell’s follow-up, but that’s beside the point.

They pretend to get off with each other at the segment of the song when a baseball announcer explains the development of a backseat fumble. While DeVito yells at him about marriage, Meat Loaf looks at the camera with a “can you believe this crap?” face.

He moves up behind her, clutching the microphone stand as if he’s ready to crush her in the head with it at another point. Meat Loaf is shown slumped over, shouting “I can’t take it any longer!” as DeVito lays her foot on his back and raises her arms in victory at the finish of the song.

It’s still utterly insane after 44 years. Imagine it with the remainder of the year’s offerings from Whistle Test: Dean Friedman, 10CC, Dire Straits, Billy Joel, and Jefferson Starship. You may have thrown in a few new wave bands, but what price the Vibrators after something so striking and ferocious?

It’s difficult to imagine anybody else pulling off such a performance, doing something so ludicrous and wonderful at the same time: evidence of Meat Loaf and Steinman’s ideally suited combination. It’s impossible to fathom what would have happened to Meat Loaf if he hadn’t met Steinman, and it’s even more difficult to conceive what would have happened to Steinman if he hadn’t met Meat Loaf.

Meat Loaf claimed following Steinman’s death last year, “We belonged heart and soul to each other – we didn’t know each other, we were each other.” “I don’t want to die, but Jim may cause me to die this year.” He’d been gone for 20 days.