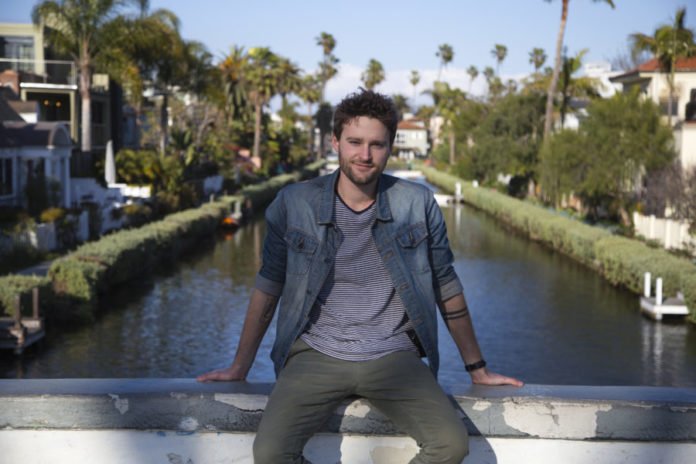 Shamelessly, I will admit it. Yes, despite the fact I have standards, I have indeed watched The Bachelor. More than a couple seasons worth, in fact. That first year or so of working in the big city was scattered with evenings spent on the couch watching the show with my girlfriend at the time, popcorn in hand and eyes droopy from exhaustion. I’ve never cared much for reality television, but, by god, is it entertaining. Say what you want about the authenticity of The Bachelor — audiences haven’t seemed to mind since the show started airing in 2002 — the show is still filled with gripping, yet funny, drama and “romance.”

The Bachelor’s inherent ridiculousness is a huge reason it has remained entertaining for so long, but while no viewer watches the show for its pristine acting or innovative storytelling (we think), its production value is undeniable. ABC, a staple network in the television industry and the fourth most-watched network last year, has access to the best editors, cameramen and producers in the business. But let’s not forget about the emotional catalyst of the show which pulls at our hearts and feelings — the music. The musical landscape heard throughout The Bachelor intensifies the emotional tension, drama and mystery the showrunners want us to feel. Composer Brad Segal gets a lot of the credit, and credit that is well deserved; However, he doesn’t do it alone. Not by a long shot. The show is slated to premiere its 23rd season in 16 years later this month, a pace nearly impossible to keep up with for just one composer.

What sounds like one fluid soundtrack is actually layered textures of sound contributed by multiple talented musicians; Some of the most accomplished musicians in the world, hand selected for their technical prowess and ability to perform under pressure. These particular musicians aren’t just destined for a life in television. One of the craftier individuals to have contributed to The Bachelor is Los Angeles based guitarist and singer/songwriter Javier Busquet. The young yet highly-acclaimed guitarist’s contributions have crucially aided in setting the mood and provoking emotion among audiences, in addition to shaping the modern entertainment industry beyond ABC’s hit show. Whether a soundtrack is used for the juxtaposition or amplification of a given scene, the aim is to benefit the visuals on-screen, and as Busquet explains, beyond a musicians talents, it is his/her job to blend into the general landscape of the project rather than be in the forefront.

“I think when recording for film or TV it’s important to be restrained and not intrusive,” says Busquet.  “The picture is more important, and the music should only accentuate a scene’s emotional angle. The process consisted of either Brad or other composers working for the FineTune music library sending me their compositions, and me analyzing it and writing/recording a guitar part that would aid the emotion that the piece was transmitting.”

For talented musicians inexperienced with working in the film and television industry, this could appear counter-productive. Why would you want your music to blend into the background if you have so much talent? The answer boils down to the medium at its very foundation. Film, while incomplete without music, provides ample dynamism through the sequences shown visually. Music that’s meant to stand on its own has freedom to flex its attention-grabbing muscles, unadulterated and dynamic in its own right. “When recording for an artist, it’s usually a good idea to play stuff that impresses the listener, since the song is the main focal point,” expresses Busquet. “Take for example the solo I recorded for the track ‘Forget’ by Jesse Mendez, in which I took the melancholic lyrics and melodies into account to create a solo that has a slow, melodic start but builds with every bar to create an emotional impact by the end.” It is decisions such as these which make a musician a true professional, fully tuned to the ear of any potential collaborator. It is also what helps artists like Busquet gain respect within two of the most competitive industries around, and has ultimately lead the guitarist down a path of flip-flopping between film and music.

Film and television stand as the most popular forms of media in the modern age, but before Hollywood became the global powerhouse it is today, theater served as the one of the nation’s most accessible, and thus popular forms of entertainment. Despite film’s current grip on the entertainment industry, theater still prospers, especially on Broadway. Actors, actresses and musicians on Broadway won’t be coming to a movie theater near you, but that doesn’t mean they aren’t on the caliber of Hollywood actors. Busquet, a highly acclaimed guitarist, has dipped his feet into this more traditional medium as well, being selected as the lead for the upcoming Broadway musical, “The Lion.” The production portrays the trials and tribulations of Ben Scheuer, the writer of the production and a successful musician in his own right, and is slated to start next year. Unlike recording for television or movies which can be done in multiple steps, the act of performing live is spontaneous, and has given Busquet charisma only matched by the most accomplished bands. “Playing in front of people really energizes me, even makes me go for more risky musical choices in general, like singing some higher notes I’d usually avoid,” he states. Every year, hundreds of artists and singers visit New York in hopes of getting a part in a Broadway show, but only one out of every flock gets a lead. A lead part in a Broadway production debatably requires more talent, as most shows include both singing and acting in front of a live audience. “During my last show, I noticed someone in the front singing harmonies really well to the cover songs I had, so I asked her to come up and sing with me for the remaining couple of songs. The crowd really liked it, and even though we hadn’t rehearsed together, in that instance I’d say the act was more entertaining and important than the sound,” recalls Busquet. An artist can play like a god in private, but when the lights are on and eyes are watching is when the playing matters. Entertainment, in its essence, is for those perceiving the entertainment. To be successful, an artist needs to be on the same wavelength of the audience, both foreseeing and adapting changes in movement and mood as they happen.

Busquet’s journey through the many mediums of entertainment has had its ups and downs, as is normal for a creative talent, but the future is bright for the young star as more directors and composers are exposed to his work. Film writer Johnny Steen recently requested Busquet be involved on the soundtrack for the upcoming Swedish film, My New Neighbor, which will expose his playing to a new market. “It’s about a small town outside of Östmark, Sweden, where nothing ever happens until a man from Ethiopia moves there to start a new life,” says Busquet. “He finds himself getting in between the love interest of the most important citizen of the town, and from there I won’t spoil anymore!” From the day-to-day romance and drama in The Bachelor to the epic heights on the stage of Broadway, Busquet’s contributions to the entertainment industry are as well-rounded and stimulating as the stories themself, taking us away from our daily lives and putting our minds and senses in new places. Just make sure to listen.