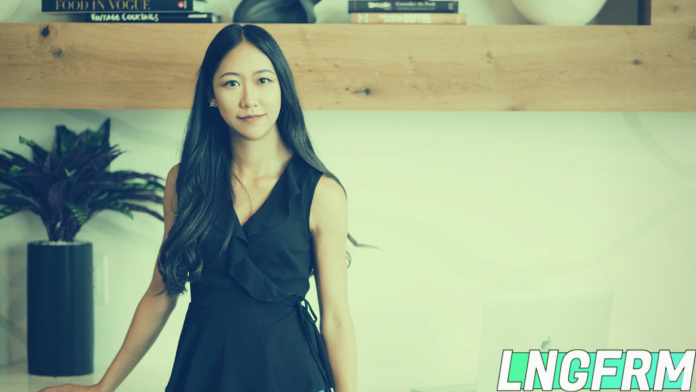 But nothing has ever challenged tech’s agility quite like the pandemic has, and it continues to do so.

While it may be an overstatement to say that the tech industry stuck the landing during the pandemic, it definitely proved to the world at large that it still has the magic, that it can still come up with some great ideas in a pinch, seemingly out of nowhere.

Of course, these great ideas didn’t just appear out of thin air; they were made possible by some truly talented people who worked hard to deliver new products and design changes to existing products to make lockdown life a little bit easier.

A well-regarded tech insider helped us to look at some of the big and not-so-big changes within the tech industry in the wake of the pandemic, as well as a few things that are likely to stick around well after this crisis is in the rearview.

Liu is all about human-centered design, and that’s the philosophy she’s brought while working on projects with a few tech names you might have heard of, like Microsoft and Apple.

The pandemic was definitely a time when this kind of careful attention to users’ needs and wants really paid off.

Liu identified two major changes in the tech industry during the pandemic. Let’s walk through them. Afterward, we’ll get into what the long-term effects of these changes might be.

The first big change is all about how human engagement has evolved during the pandemic.

In-person events with a large focus on interpersonal interaction are common all around the world, or at least they were back in pre-pandemic times.

These events came to an abrupt end during the spring of last year, as many governments enacted stay-at-home orders to minimize the spread of the virus.

The absence of these events, in their traditional form, had a range of effects that we may not fully understand for years.

But it didn’t take long at all for tech to transform what were previously in-person events and/or meetings. Liu comments on the phenomenon.

“As the world is moving through the second year of the pandemic, we have seen many applications and products that are shifting traditional human engagement, such as organizing events, working, and consulting doctors. Before the pandemic, no one expected this evolution. Now the whole world is adapting to it.”

A range of in-person interactions was transformed, from the non-essential (concerts, conferences, awards shows) to the essential (medical consultations, court hearings). One of the most visible digital products that served this market was, of course, Zoom.

Despite the many benefits and conveniences of this new approach, there have been downsides as well, which brings us to the second major change that Liu pointed out.

This phenomenon describes the observable widespread decline in mental health that had a direct link to video conferencing and other forms of virtual meetings.

But these mental health conditions weren’t, in themselves, a tech industry shift. Rather, the shift came from how the industry acknowledged and responded to the decline in mental health.

Beyond Zoom Fatigue, there were many other factors that posed a challenge to mental health, especially during the earliest months of lockdown.

It was extremely important for tech companies, particularly those directly involved in video conferencing and other workflow-related products, to recognize how users were feeling, even if only in a broad sense.

The human-centric design philosophy that Liu subscribes to is vital to this response. When companies understand sources of fatigue or frustration in their products, they can start looking for relevant design solutions. Has tech solved these issues? Umm, probably not. But the takeaway here is how companies now take mental health into account as part of their workflow, and even that is a win for current and future users.

Now that these major changes  (human engagement evolution & mental health awareness) have been identified, what are the long-term effects of these changes likely to be?

This has been a big question in a lot of different areas: how many of the changes we’ve experienced during the pandemic are likely to become permanent? Will your next family reunion be online-only? Will certain children choose to attend school virtually from now on? Are online concerts the future?

Liu thinks the future of all these events will be a mix of real-world and application-based attendance.

“Although the world and the tech industry were already slowly moving toward virtual human engagement, the pandemic accelerated the process. We now have virtual education, telemedicine, virtual work collaboration, and virtual events applications. Indeed, the world is slowly reopening, and some in-person forms of human engagement are coming back. But I believe the world and the tech industry will adapt to the hybrid experience for the long term.”

Is hybrid work the future?

One example of this hybrid approach that we’ve seen playing out over the last several months is the workplace.

Some companies, tech or otherwise, have chosen to fully commit to in-person work once again, while others are giving employees a choice of whether to work remotely or from the office. Others have implemented hybrid options.

Responses to each policy type have been mixed, and in one newsworthy example, many Apple employees reacted negatively to the company’s requirement of full-time in-person work. While Liu feels that hybrid work is a more likely future for the American workplace than fully remote work, she also sees a great deal of utility in remote work software applications that were popularized during the early part of the pandemic.

“Even as tech companies are requiring people to work in person, they still need to rely on several pieces of software to be able to work with people in different locations. The only difference is that they now have many more software options that enable communication, white-board functions, and live transcription.”

These applications may never see concurrent user numbers as high as those during quarantine, but the pandemic gave many of these products a massive amount of exposure, and feedback collected during that time will no doubt prove to be valuable as revisions are made to these products.

Lessons for tech companies and designers

What are the lessons to be learned from all of this?

As Liu touched on earlier, the world was already developing virtual spaces and virtual interaction well before the pandemic shook up the status quo.

Though the transition to virtual spaces may slow as the pandemic recedes, most of us have already had a taste of what life was like interacting almost exclusively through our screens.

Digital human engagement may not be a permanent solution for all humans, but for some, this technology has opened new doors.

“The pandemic taught tech companies that there is still room for innovation in digital engagement. It also communicates how important a user-focused design method is in this current digital transition.”

Those are the broad strokes, but there are some finer points to be considered as well, specifically points related to software design and UX.

Conferencing and communication apps of all kinds are no longer in their infancy, giving designers fewer excuses for ignoring the needs and preferences of their users. The mere existence of Zoom Fatigue has given companies a glimpse into what prolonged usage of various applications can lead to.

Designers need to take this into account now. It’s a requirement, not just a ‘nice-to-have.’

Liu continues; “During the product design process, designers need to consider mental well-being in a digital world. It poses a huge product design challenge because the design now needs to be shorter, cleaner, and more concise to cater to users’ even shorter attention span.”

To solve all this and more, the tech industry will need to find ways to adapt and improve. So far, even under immense pressure, it has a pretty good track record of doing just that.