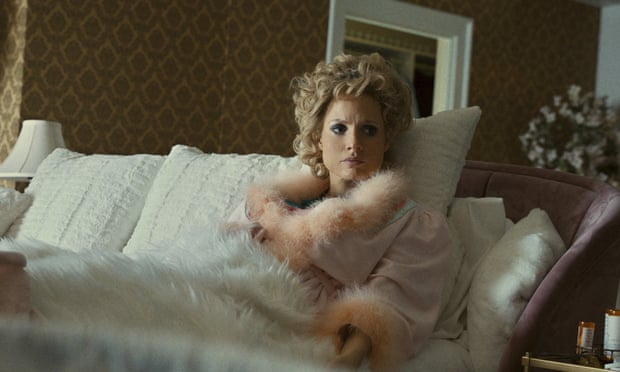 Jessica Chastain’s unexpected ubiquity in 2011 – from small-screen blink-and-misses to big-screen “oh her again” successes – meant that previously locked doors were suddenly opening, a relative embarrassment of riches for an actress in her 30s. Despite the fact that her three roles that year all involved playing “the wife,” they all demonstrated promising versatility (an Oscar-nominated comedy wife in The Help, a thriller wife in Take Shelter, and a Terrence Malick wife in The Tree of Life, the most difficult of all the wives), and Chastain was thrust to the top of casting wishlists.

Chastain confidently tried her hand at everything from schlock horror (Mama, It, Crimson Peak), earnest Oscar bait (The Zookeeper’s Wife, Molly’s Game, Miss Sloane), “elevated” multiplex fare (Interstellar, The Martian), and distinctly not elevated multiplex fare (The Huntsman: Widowmaker). Her jack-of-all-trades approach was remarkable, but the work itself was less so, never terrible but generally lacking, a series of miscasts clouding our memories of her breakthrough year.

Chastain, like Ryan Gosling, Charlize Theron, and Brad Pitt before her, often seems like a supporting player imprisoned in the body of an A-list star, a freak flag ready to be flown.

With the uneven biopic The Eyes of Tammy Faye, the tale of “the Ken and Barbie of televangelists,” who soared to stardom in the late 1960s before sinking in shame in the 1980s, that criminally untapped weirdness comes rushing to the surface. Tammy Faye, played by Chastain, went from a strong religious household to a marriage that adopted a more progressive perspective of Christianity, from God-fearing to God-loving, when her parents divorced.

Jim Bakker (Andrew Garfield), her new spouse, exposed her to an exciting world of ambition and industry, as part of a rising new trend of preaching to the people through the tiny screen. Tammy Faye’s strict mother (Cherry Jones) thought that “there is a limit to God’s love,” but they disagreed, and their sky-is-the-limit mindset propelled them to the top until controversy brought them down.

Jim is a typical collection of red signals that Tammy Faye enthusiastically excuses throughout the film, and one of the film’s sharpest touches is that it exclusively shows us the collapse of their world via her eyes (she’s in almost every scene). The bulk of the picture plods along like a by-the-numbers biography, replete with boring headline montages, and it’s one of the few intriguing ideas that Big Sick director Michael Showalter and Nurse Jackie writer Abe Sylvia have.

When portraying the tale of someone so entrenched in excess, Showalter is never sure whether to completely embrace Tammy Faye’s natural campiness, and as a result, the film is often too restrained, too polite. That’s a pleasure it doesn’t go too far in the other direction (this isn’t an exercise in fun-punching down like, say, I, Tonya), but it still lacks individuality, regardless how much the heroine radiates.

Chastain has little difficulty balancing the flamboyant with the grounded, completely committing to Tammy Faye’s outsized, extravagantly made-up ham but still recognizing her genuine, well-intentioned sincerity (she tried to introduce liberalism, including an acceptance of queerness, into a world of bigotry). It’s a huge, full-throated performance, a risk that will almost certainly divide audiences, and it’s tempting to scoff at anything so radically altering, especially considering how many performers have tried similar in the pursuit of an Oscar.

Chastain, on the other hand, sells it as more heartfelt than calculating imitation, revealing depths that Sylvia’s screenplay doesn’t always offer. A less convincing performance from a miscast Garfield, who never quite gets into the part, is highlighted by Chastain’s excellent work.

The details of the Bakkers’ collapse, as seen by Tammy Faye from afar, include fraud and the misappropriation of money, which the film never really confronts her on. Jim was the obvious architect, but she became an increasingly engaged accessory, content to live a lavish materialistic existence, and the film is a bit too preoccupied with lionizing her to go into such muck.

It simplifies part of the final-act calamity, as if a larger, more complex image has been switched out.

We move to the mid-90s after the clichéd fall-from-grace montage, as Tammy Faye sifts through the broken shards of her existence. As Tammy Faye’s more affected tics melt away and the devastation beneath becomes more apparent, Chastain does some of her finest work in this moving, more contemplative stretch.

She sells it all the way to the finish, constantly outperforming what she’s given and the people she’s working with with such zeal that the idea of her concentrating on knottier, weirder characters in the future should pique our interest. The focus of Tammy Faye’s eyes may be all over the place, but we keep our gaze fixed on Chastain.