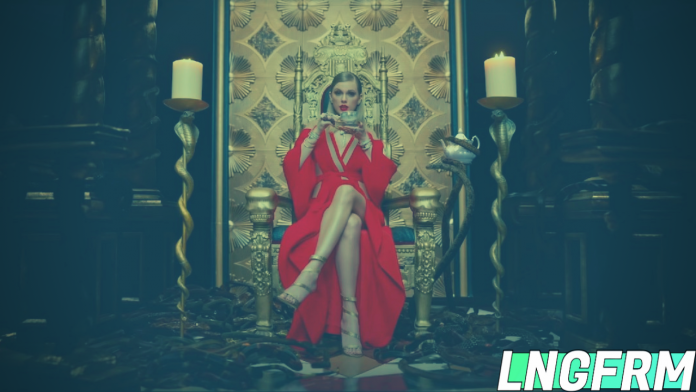 As we talked to Changyong Zhao, 3D Generalist for Ingenuity Studios in Los Angeles, we learned a lot about how different CG used to be.

In its early days, this technology was fairly limited and so there wasn’t a lot of give and take between the CG used in Hollywood movies and, say, cutting-edge video games.

Similarly, CG artists stayed in their own camps, focusing on specialization for their particular industry.

But as the underlying tech and software have grown up, so too have CG artists found more freedom to do their work in many different kinds of media, not just the medium where they happened to start out.

This has certainly been the case for Zhao, who began his career by creating character models and game environments for game studios like LIONant and Zion Arts.

But now, Zhao works in VFX for the entertainment industry, working on projects like The Walking Dead, Modern Family, and multiple Taylor Swift music videos.

According to Zhao, this kind of crossover from one industry to another is only becoming more common, and indeed, this was the focus of our conversation.

Read on to learn more about how CG has changed and how CG pros are now jumping between games and entertainment as needed.

You’ve worked with multiple game engines, including Unity and Unreal 4. Do you have a personal preference between these engines? Are they better suited to different types of games?

Zhao: Yes. I’ve worked with both Unity and Unreal. Early in my game art career, I worked in an independent studio for mobile games. This studio uses the Unity engine.

Although this studio is small, it is supported by experienced programmers. Powerful program support makes up for the lack of Unity’s built-in material editor and rendering system.

In addition, in the Unity marketplace, developers can also buy a lot of development kits.

For example, I was responsible for making a particle effect in the game. We found a similar effect package that we bought from the market. Then I replaced the material map of the particles and modified the parameters slightly.

It became a brand new special effect. Overall, Unity is a game engine that is friendly to small mobile game teams.

Later, I entered film and television VFX and started to use Unreal Engine. Unreal Engine is a  comprehensive and friendly tool for VFX pros.

Artists don’t need to rely on plug-ins and development teams to make cinematic animations. GPU real-time rendering results are even comparable with a lot of CPU rendering software.

Even a non-programming background artist can use Unreal to make amazing real-time cinematics. Many background shots are directly rendered by Unreal Engine in my studio.

Unreal also supports C++, which can be used to develop a very large game.

Now, as a VFX artist, I personally prefer Unreal to create real-time cinematics.

When creating character models, what were your top priorities?

Zhao: In my early career, I was focused a lot on the accuracy of biological anatomy. After a lot of practice, this knowledge became an instinct.

Then I moved to the next step, which is storytelling. After making sure the anatomy is right, I will do some adjustments to fit the story background.

Having a vivid and unique character is my top priority. For example, the place the character comes from will have an effect on what he looks like. These considerations have become my focus.

Has your work in video games affected your view of other video games? Can you enjoy a game without analyzing the work that went into it?

Zhao: As a former game artist, judging a game by its graphics has almost become an occupational disease.

When I participated in the production of many games as an artist, I increasingly found that gameplay is the most critical part. With the rapid development of computer hardware, many games now focus on the visual part and ignore the gameplay.

Now, many successful games are not outstanding in terms of graphics. Instead, players are ignoring the graphics while playing and are happy with it. I tend to enjoy a fun game rather than a beautiful game.

Are there any game studios that you feel are creating fantastic character models and environments for their games?

Zhao: At the level of visual performance, my favorite company is Naughty Dog. Their highly realistic characters and scenes have brought game performance to a new level.

As for more stylized games, my favorite is Blizzard. Blizzard’s games took up a lot of my childhood.

Blizzard’s stylized textures achieve incredible composition and color. Playing through those games is the best learning material for a game artist.

Would you have any interest in returning to the video game industry?

Zhao: Yes, But now I prefer to engage in the game cinematics, rather than making the game itself.

Now, many of my lighting jobs are to reproduce the lighting of a real-world scene. It’s impossible to use more dramatic lighting to enhance your narrative.

But in full CGI, an artist can control almost everything.

What was it like seeing a project go from concept to finished product?

Zhao: It’s amazing. When you see a game go from blueprint to a product that’s getting extremely favorable reviews, it’s one of the happiest moments of your life.

But sometimes your feelings can be changed by the reaction to a game. Back in 2012, I made a music game for the iPad.

The game was released, and for years, there wasn’t an enthusiastic response.

As an artist, you may doubt yourself. But the main character of that game, Luo Tianyi, has recently become a huge virtual star. The number of fans attending his concerts even exceeds the crowds of real-word stars.

So never judge your work solely on how the market reacts. Things can change very quickly.

Do you think there are more talented 3D artists today than ever before?

Zhao: I think so, yes. When I first learned CG, the Internet and online education were not very developed.

I found it difficult to find good educational resources. Attending a training school was the only option. Students need a senior artist to teach skills in-person.

But as an emerging industry, there were few senior artists. If I wanted to study, I needed to go to another city 1,000 miles away.

Nowadays, it’s an era of information explosion. As long as you have a love for the CG and are willing to invest your time for self-study, there are countless online resources.

In terms of software, CG creation is becoming more and more intelligent and simplified, especially with the rise of PBR materials, scanning materials and digital sculpture, and procedural modeling.

Artificial intelligence reduces a lot of repetitive work like UV unwrapping and scene layout.  Many beginners can easily make good work based on their personal aesthetics.

Technology has made artistic creation much easier than it’s ever been.

To what extent did your video game skillset transfer over to your work in entertainment? Are the skills you use for television and music videos very similar to the ones you used while building game assets?

Zhao: Well, ten years ago, the technical side of game art and CG rendering were still very different.

But with the development of computer hardware and VFX software in recent years, the gap between the two industries is almost gone.

Game artists and VFX artists now use the same software. Many of my colleagues transferred from the game industry.

The essence of game art and TV VFX is the same. They all need a basic foundation of fine art. It is only slightly different in the final expression and output.

The game art contributes to an interactive program, while the film and television need to render video or pictures.

Our studio lost a lot of TV and film projects due to the Covid-19 outbreak, but we received a game development outsourcing project. Ten years ago, that would have been impossible.