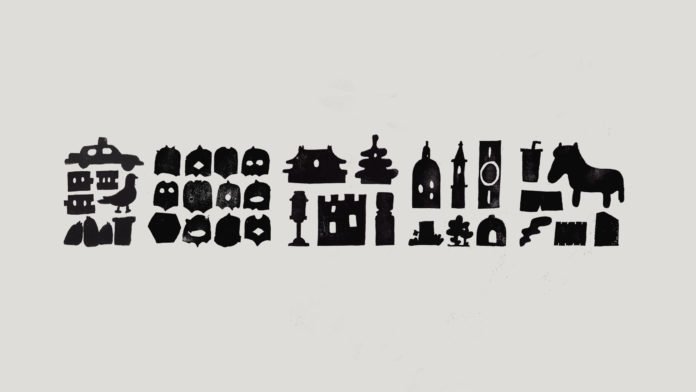 None of us actually remember this far back, but the road to becoming a human being capable of taking in the visual world is a bumpy one. Let’s break it down. As children, we spend the first couple years of life on Earth surrounded by blobs of color, our eyes unable to focus on objects or dictate the movement of limbs. Spatial relations, object permanence, and any kind of meaning behind the things we see are all up in the air. As early as age 2, countless games (and nowadays apps designed for child development) teach us the shapes, the big ones, the Beatles of 2-dimensional geometry: circle, square, triangle.

We grow up, we change, we go to war over last week’s episode of ‘Game of Thrones,’ and all this time, these shapes stay with us. Often, one of the very first lessons in any figure drawing class or sculpture workshop is to deconstruct complex everyday objects and images into their most basic shapes. A mailbox? Just a rectangular prism with a half-circle on top. The human body? A few ovals connected at some joints.

Moree Wu works as an innovative, award-winning graphic designer in NYC, dealing with much more complex shapes than circles, squares, and triangles, but she still remembers how it all started, as a kid doodling on a big piece of paper, figuring out how to use a pencil to form whatever shape, whatever object, she could think of.

“I used to love illustrating when I was in middle school or even younger. I drew everything, even Japanese anime characters.”

Many visual artists in the U.S. and abroad cite similar origins, absorbing the seemingly magical characters from animated television shows and movies, and especially anime. These are outlets where creativity is on display constantly, where creativity is valued. And after artists master the basics, a new world opens up, one in which more liberties can be taken and shapes can be as strange as the artist’s imagination.

“[Since then], I find it more enjoyable to draw wacky shapes rather than realistic objects. I am passionate about conveying thoughts, feelings, emotions, and my own story in more abstract ways rather than through narrative or realistic representations. The exploration of shapes first dragged me into the graphic design world and it’s what keeps me in it.”

I met with Wu last week for a discussion of what it really means to be a designer in today’s world. I was already familiar with her impressive accolades: her piece ‘Ran’ earned her the Graphis New Talent Annual Merit Award, her work ‘PianoPiano’ and ‘Meet’ got her shortlisted at the Best Brand Awards in both Asia and North America, and her animated short ‘Cut to Bliss: Force of Fashion’ has been featured in film festivals around the globe and received numerous industry prizes.

But what I didn’t expect was the total joy that Ms. Wu exudes (both when talking about design and also just in general). She’s all about the game and she loves it, legitimately, like a kid excited to show off her brand-new double-lane slip n’ slide. In just a few minutes, the image in my head of a buttoned-up businesswoman fades and gets replaced by the reality of who Moree Wu really is.

The term childlike fits, but only with respect to her raw energy, the enthusiasm she has for the work and for the city of New York itself.

“I just know I love NYC, and it’s a charming city! I love being a foreigner here, I experience it both as an outsider and an insider. It’s a truly unique experience.”

She has the eye of a designer; she sees the city as a collection of shapes that, upon closer inspection, carry almost unimaginable levels of detail. Wu moves between both in her work, simplicity and complexity, the choices of what to show and what not to show often dictated by the brand she happens to be designing for at that time.

“Creating and manipulating shapes is so natural and fun for me. I love reinventing the human figure by representing it in shapes never used before, altering proportions, and representing it in bold and exhilarating colors. I love how unique shapes can make mundane things intriguing and allow the shapes to exude emotion.”

And while the initial instinct for a particular project comes from a place of intuition and excitement, Wu is a professional, an expert with very specific tools and processes for converting a purely creative idea into a finished product that can wow both clients at Fortune 500 companies as well as consumers, and she was kind enough to share her secret formula with us.

“My creative process begins with observing and feeling. When you really focus on one thing, you will find many unique shapes that went unnoticed before. I then consider the media to use, such as drawings, zines, or a animated shorts. Once the media and theme are selected, I explore ways to blend the theme and the format. The part I enjoy most comes next, and that is drawing sketches and exploring possibilities. I let my imagination run wild at this stage and avoid thinking about what will ultimately work for the project. Often what makes it onto the page, the products of my subconscious, are not what I initially set out to do, and that is what makes the process so exhilarating. Refining and sketching come next, although it often feels like I’m refining, refining and then refining some more. For a perfectionist like me, it’s hard to put a project down!”

Even in this age of digital dominance, Wu consistently works with physical mediums, even if only for the initial, conceptual stage of a certain design.

“I’m now experimenting with wood block printing. The shapes are the core for me, and the format sets up the way how I put all shapes together.”

In certain ways, Moree Wu is still as carefree, creative, and dynamic as a kid with a sketch pad, and all while garnering international attention and attracting clients from a huge range of industries. And as we parted ways, I can definitely say it seems that she’s found the best of both worlds.