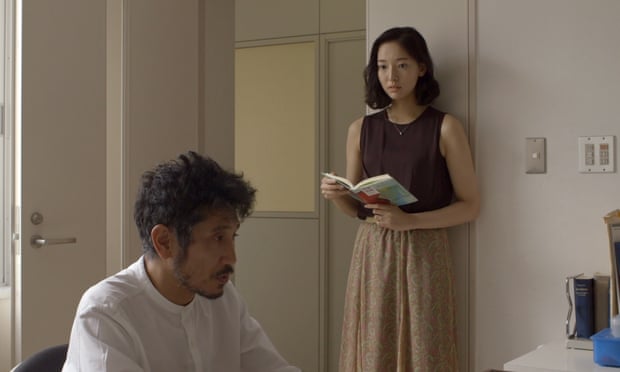 Following the earthquake in Japan in 2011, Rysuke Hamaguchi was tasked with creating a documentary on the aftermath in the north-eastern Thoku area. Every day, he spent hours driving with his co-director, and he realized how automobiles transport you in more ways than one.

“In general, the two of us aren’t very communicative with each other,” he explains. “However, we talked more in the car than we had before.” In an automobile, you’re visually pleased since you have information from the surroundings via the windows.

However, you just hear the engine revving and that’s about it in terms of sound. As a result, I believe humans have a natural need to fill that hole.”

In Hamaguchi’s latest film, Drive My Car, based on a short tale by Haruki Murakami, this in-transit closeness exerts a curious draw. It’s about Kafuku, a widower theatrical director who grudgingly hires Misaki as his female chauffeur while overseeing a new Uncle Vanya play.

He listens to a tape of his deceased wife reading lines from Chekhov as he drives to work in his red Saab 900, and he starts to open up to his driver about his sorrow and her adultery.

The film is so mysterious and captivating that, like Misaki’s ultra-smooth driving, the gear-changes into the philosophical fast lane are scarcely perceptible as it takes the scenic road over three hours, witnessing how Kafuku’s work gets sucked into the slipstream of his existence. Drive My Car, which won three prizes at Cannes this year, including best script, established that Hamaguchi (who was also nominated for another Beatles film) had earned a spot in the auteur big league.

Murakami’s narrative was first published in 2014 as part of the Men Without Women anthology, however Hamaguchi had no interaction with the Japanese literary great other than permission to continue. The narrative employs driving as a metaphor for how other modes of transportation — sexual desire, role-playing, and, ultimately, storytelling – pull us inwards beyond our will.

“Lines in a script serve as a vehicle, and they continue regardless of the actor’s feelings about them.” So they’re definitely closer to a train than a vehicle,” he explains in a video chat from his hometown of Yokohama, via a translator.

“However, they’re motivating the actors in a positive way,” he says. It’s being able to communicate via fiction what you can’t say in real life.”

The mind-numbingly repeated rehearsal procedure Kafuku forces his actors through in the film, a depiction of how the real-life director actually works, provides insight into Hamaguchi’s working techniques. His theory is that drumming in the lines without emotion assists performers to thoroughly internalize the material, making it easier for them to access genuine feelings afterwards.

The conditions of Drive My Car’s creation appeared to have drilled a similar truth-seeking drill into Hamaguchi as well. The epidemic struck shortly after filming on the Tokyo-set prologue began in early 2020, and work was halted for eight months.

Due to foreign-travel limitations, the primary chunk of the plot had to be relocated from Busan, South Korea, to Hiroshima, Japan. So Hamaguchi, “grateful” for the extra time, completed a quick-sketch anthology film Wheel of Fortune and Fantasy, which served as a dress rehearsal for the larger work: an extended car journey opens the first section, about a model who discovers her booker is dating her ex; role-playing is a revelatory gateway in the second and third sections.

Born in Kanagawa Prefecture, close south of Tokyo, Hamaguchi had a nomadic upbringing owing to his government servant father’s repeated postings. “I’m not sure what to say when people ask me where I’m from.”

Before access to Tokyo’s abundance of arthouse films while at university, he was a normal video game and manga-loving adolescent. He was particularly captivated to John Cassavetes, whom Hamaguchi commended for his ability to portray individuals at their most vulnerable.

Hamaguchi later discovered affinity with ancient traditions while pursuing a film degree, studying partially under cerebral horror great Kiyoshi Kurosawa. “Apart from a few directors, I couldn’t find anything interesting in contemporary Japanese cinema,” he adds as he sips tea.

“However, when I started watching classic Japanese films, I realized how much richer cinema was back then.” As a culture, we may be proud of our national history.”

He considers his earthquake and tsunami documentary The Sound of Waves — and its two sequels – to be a watershed moment. Forcing himself to forget about scripts and just respond to what he filmed gave his work a new lease of life.

“I learned how to properly use the camera to bring out the power of reality.” Who the topics are as persons and as humans. I wanted to deconstruct these categories and present these folks as individuals, rather than merely victims of misfortune.

Now I strive to represent it in my [fictional] films by bringing out as much as possible what the performers are capable of expressing.”

Drive My Car, which marks a shift from jittery, sardonic melodramas like Asako I & II to something with a calm, tranquil depth, exemplifies this new focus. But, as Hamaguchi points out, art always has reality in the passenger seat since its trip has a set goal.

“Doesn’t every story have to come to an end?” And everyone knows it’s a lie, both the producers and the viewers. We can be honest in that fiction because of that constraint.”

Thanks to Phil Hoad at The Guardian whose reporting provided the original basis for this story.