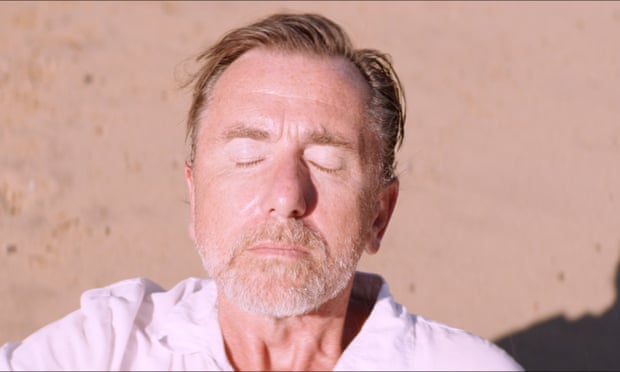 Neil Bennett is having a great time with his sister, Alice, and her two teenage children in a Mexican resort. They have a sea view, an infinity pool, and a hotel performer to serenade them throughout dinner. Then catastrophe strikes. Their mother has died, according to the phone. So, given his situation, Neil does what any reasonable son would do. He claims that he has misplaced his passport and will be unable to attend the funeral because of it. What does it matter if the lady is already dead?

Clearly, laughing during Michel Franco’s magnificent Sundown is terrible, but I’m afraid I did – many times while viewing the film, and even more times when recalling it afterwards. It’s the funniest and perhaps the nastiest picture in this year’s Venice competition, but it never tries for laughter or disgust and might be interpreted as a small-scale human tragedy. Sundown observes Neil’s choice and then walks beside him as if he were a child. It’s a strategy that adds to the film’s dark comedy.

Neil is off in a taxi, headed for downtown Acapulco, no sooner than he shoves a tear-streaked Alice and the kids through the departure gate. He’s now locked up at the raucous Hotel Camelinas, refusing to take calls and just enjoying the fantasy. When Alice returns a week later, she finds him on the beach, sipping beer with his new lover, whom he met at the local bodega. Alice, as portrayed by Charlotte Gainsbourg, represents us all. She opens her lips and raises her hands. “What the fuck are you doing?” she exclaims.

The million-dollar question in the film, of course. What is Neil’s ailment? Is he mentally ill or a psychopath in the making? The Bennetts turn out to be the immensely rich heirs of a meatpacking company, with their luxurious vacations paid for by industrialized slaughter. Neil, on the other hand, says that money isn’t important to him and that he’s happy to live on a modest monthly stipend. He doesn’t seem bothered by his sister’s rage, or by a gangland killing on the beach. After all, he was in Mexico to unwind. He seems to have attained complete nirvana at the Hotel Camelinas.

Insofar as it counts as a performance, Tim Roth delivers us an incredible performance here. He ambles through the story with a placid half-smile, his shoulders drooping, his flip-flops dragging; a hollow guy who longs to be left alone with his emptiness. What if he deceived to his beloved family by skipping his mother’s cremation? He shrugs as though he forgot to put the trash out.

With his edgy underclass thriller New Order, Franco raised eyebrows here last year. Sundown is also provocative in its own way. It’s pitiful and perfect, an existential masterpiece with echoes of Camus’ The Outsider. Franco does ultimately give us some strong indications as to why Neil behaves the way he does, but I’m not sure he needed to. When he’s on the beach with Neil, seeing him disconnect and wind down, his film is at its finest. He’s kicking back in his deckchair, a bottle of beer in hand, with the rising tide lapping at his ankles.

Thanks to Xan Brooks at The Guardian whose reporting provided the original basis for this story.