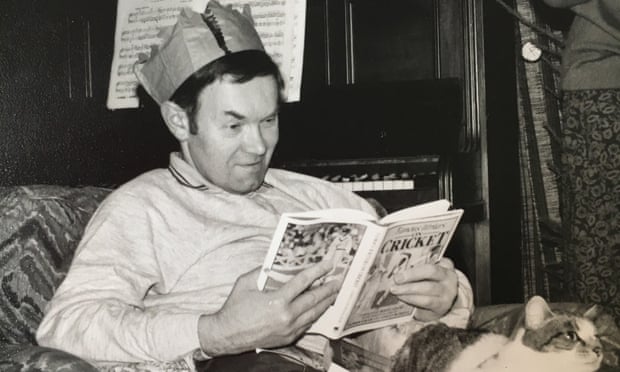 On Christmas Eve, our father gave us a check so that we could buy gifts for our mother. She ripped it up with a sour chuckle.

“However, for what will we thank him?” My sister sobbed.

“Nothing,” my mother remarked as she tossed the fragments into the air.

I was impressed by the gesture. Sure, it would have been preferable if my father had driven over with a tree nailed to the roof, but I’d just turned 12 and was well aware of how inconvenient the 30-mile round journey was, particularly with gas at roughly 50p per gallon.

“Well, we’re not fucking having Christmas this year, so go to hell,” my mother said later over the phone, isolating herself. I had no clue who she was speaking with — her mother, perhaps? What about my father? Dial-a-Disc?

It had been a challenging year. We’d downsized to a little home with nothing except carpet gripper on the concrete flooring. Our mother had to sleep in the lounge since the ladered nylon curtains flew about like wind socks.

She’d sold her automobile and was now commuting on a used moped. The East Midlands Electricity Board had shut us off a few months before. She hadn’t expected them to, given her status as a single parent with four children, but they did, leaving her with little choice but to ask her employer, Mr Holt, for a substitute to cover the cost.

Even though it was terrible, it put them on good terms, and he’d granted her overtime to help her catch up. When it came time for Christmas, he volunteered to deliver a tree to our house.

He said he’d bring it over on Christmas Eve.

Our new situation didn’t lend itself to a Christmas celebration. There was no slaving over glitter and glue, no peppermint creams, and no cake this time.

There will be no excursion to the neighboring hamlet to take holly from MP Nigel Lawson’s property, no wreath, no paper chains, no advent candle policing, and no church. There were no baby Jesuses made from Lux bars, and the only decoration was a potted hyacinth.

We four could have done anything handmade or theatrical to bring delight to our mother, but we knew she wasn’t the sort. Instead, I told her to be on the lookout for the boss and the tree, which made her light up and start hoovering.

With nothing better to do, we sat on the Z-bed that functioned as a sofa in our side of the lounge and watched television, something that would have been unthinkable in past years. If you think the endless joy of Christmas TV seemed artificial, superficial, or like taunting to us, you’ve never experienced Christmas with a parent who is so exhausted, lonely, and penniless that the only logical alternative is to have the craziest time possible.

Television was upbeat, entertaining, and ideal. My sister Victoria slipped out and spent her paper round pay on the Radio Times and TV Times while my brothers and I were watching Dana and the Goodies in pantomime on BBC One.

Not only did we have limitless access and no seasonal constraints, but we also had the whole Christmas lists, and as the penny dropped, we danced around the tiny room like it was a scene from Dickens. ‘Jesus Christ!’ cried out from the other side of the chipboard divider. ‘Turn the fucker down!’ just served to confirm it.

The holiday season has started.

But, sadly, not long after we’d returned to Aladdin, the image split into around ten lines, each of which took a chunk of the picture out of view as it traveled higher. “Should we watch the whole thing or just a line at a time?” my brother wondered.

“Focus on one,” I said, “and when it vanishes, start over from the bottom.”

“No,” my sister said, “it’s best to squint and look away slightly.”

The sound remained unaffected, and the narrative was unavoidable, so it was bearable until the news came on, and the screen went completely black, and we realized Christmas had passed us by. Vic took it the hardest since he had put so much money into it.

It’s a Christmas Knockout, A Stocking Full of Stars, André Previn’s Christmas Music Night… So it carried on in a horrible manner.

“Mum! “The television is broken!” said one of us.

She said, “Thank fuck for that.” To be fair, the plug was required for the tree lights.

I picked up the phone later. It was the guy in charge. He explained he didn’t have the tree since the guy he was counting on had sold out.

I informed him that the television had stopped working. He was disappointed to learn about it. I handed the receiver back to my mother and overheard him tell her that he believed they’d definitely shot it, tree-wise, but that he might try Horse Fair Street, what did she think?

She stubbed her cigarette out in the hyacinth and muttered, “Oh, I don’t know.” He arrived at the front door ten minutes later.

“Didn’t you say you were going to look for the tree on Horse Fair Street?” she stated

“I figured I’d better look at the television,” he said.

I escorted him to our quarters. He responded, “Ah, Philips…” “That’s a nice set.”

He got all three channels perfectly clear in time for the opening of Disney’s Kidnapped, featuring one of my mother’s favorite actors, after asking us to step back.

We didn’t have a tree that year, and we didn’t see Tom & Jerry in The Night Before Christmas, but we saw everything else, including Ice Station Zebra, Way Out West, and The Bridge on the River Kwai, with my mother and Mr Holt. It will be their 47th Christmas together this year.

The next book by Nina Stibbe, One Day I Shall Astonish the World (Viking), will be released in April.

Thanks to Nina Stibbe at The Guardian whose reporting provided the original basis for this story.