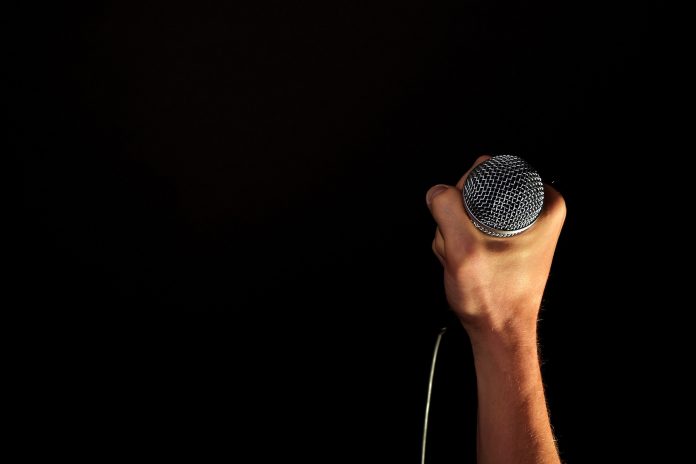 Who is the best singer in the world right now? It’s not an easy question to answer. Far from it.

For one, we can only really consider major recording artists. Only these individuals have the name recognition and exposure necessary to be placed in the running for the best in the world.

There’s never truly a singular best in any field. Or if there is, it’s destined to be constantly changing as others improve their skills and surpass those who had previously held the title.

For all we know, the best singer in the world could be an 18-year-old vocalist who’s never performed in any production larger than a local high school play.

So for our purposes here, we’re going to limit the search to well-known vocalists in the public sphere whose recorded work we can analyze easily against a few basic metrics.

Technical Ability: Badu is certainly one of the most talented soul singers currently living. She finds a way to blend more traditional soul singing with inventive lyrics and profound observations.

Influence: Badu has an incredibly broad reach based on a career that has spanned decades and shifted genres with ease. She has even served as a major influence for many of the other vocalists on this list.

Originality: Erykah Badu combines elements of jazz, R&B, hip hop, and soul to create a genre largely her own. She’s paved her own path to success and few singers have been able to do just that while also finding a wide audience.

Technical Ability: Adele’s natural vibrato is slightly reminiscent of the kind seen in opera singers. Her delivery is powerful and she hits her pitches even during emotional live performances.

Influence: We all know that she’s one of the most popular singers of the 21st century so far. Her ballads of love and longing have resonated with people of different ages, genders, and cultural backgrounds.

Originality: While she does offer a modern twist on R&B, Adele’s sound is not especially inventive or original.

Technical Ability: In terms of range, Father John Misty (real name Josh Tillman) is somewhere between a tenor and a baritone. He doesn’t go out of his way to hit especially high or low notes. His timbre, however, is consistent and clean.

Influence: Father John Misty’s solo career has found him an audience that mostly reaches through the Western world. His popularity has not yet reached around the world.

Originality: He follows mainly in the footsteps of folk legends like Bob Dylan and Donovan. And while he does add something new to the genre lyrically, his overall sound borrows a lot from past musical styles.

Technical Ability: Beyonce provides incredible performances, not just in her singing but through her dancing as well. Her range is astonishing and the emotional core of each song can always be heard.

Influence: Beyonce’s fame has lasted for decades now, and she’s still able to sell out shows all around the globe. Many young musicians cite her music as inspiring their own careers.

Originality: Her solo career has traversed a range of musical genres and styles, but the core has always been soul singing and a variety of R&B.

Technical Ability: Janelle Monae is arguably one of the most energetic singers working today. Her singing is pitch-perfect and full of life throughout.

Influence: Though Monae is still young, she has helped to define the sound of soul in contemporary society.

Originality: Her blend of future-pop and soul have made her one of the most inventive singers on the world stage.

Technical Ability: Mars is one of the most exciting pop acts in music today. He has an impressive vocal range as well as a stylish vibrato that works across many different styles and tempos.

Influence: Bruno Mars hasn’t so much influenced popular music of the 21st century. Instead, he’s borrowed a lot from acts of the 20th century, including the likes of Mick Jagger of the Rolling Stones and pop superstar Michael Jackson.

Originality: Mars certainly isn’t the most original musician or singer of our time. He has moments of inventive content across a few different albums, but for the most part he sticks to the same sound.

Technical Ability: Lucy Dacus’s singing is smooth, pure, and emotional. It’s hard to ask much more from a vocal performance.

Influence: The youngest member of this list, Lucy Dacus is already having a profound effect on contemporary music.

Originality: Her lyrics are perhaps even more powerful than her vocal quality at times. In many ways, Dacus represents a new sound from the millennial generation, one that combines sincerity, style, and purity of intent.

Ultimately, we’re going to let you decide which of these singers is the best living singer. Or maybe you have your own ideas of who should be in the running.

Don’t worry, we won’t judge. Maybe you prefer a more classical vocal style and think that this list should be made up of opera singers or Broadway stars.

Maybe you happen to be a fan of the freak folk movement and think that unique vocal styles should take precedence over those of famous musical acts.

In that case, groups such as Bright Eyes or Hop Along may sneak into the list.

Maybe you prefer more energetic singing and as such would consider punk or metal vocalists to stand at the top of the pile.

Or maybe you prefer the sounds of the past and remain convinced that the likes of Ella Fitzgerald and Frank Sinatra will never again be matched in the modern era.

These are all valid perspectives, and as we mentioned above, such perspectives can shift in any given moment.

The most important aspect of a singer’s performance is ultimately how it affects you on a personal and emotional level.

A singer who can make you reflect on your own life and what it means to be alive is the best singer in the world.