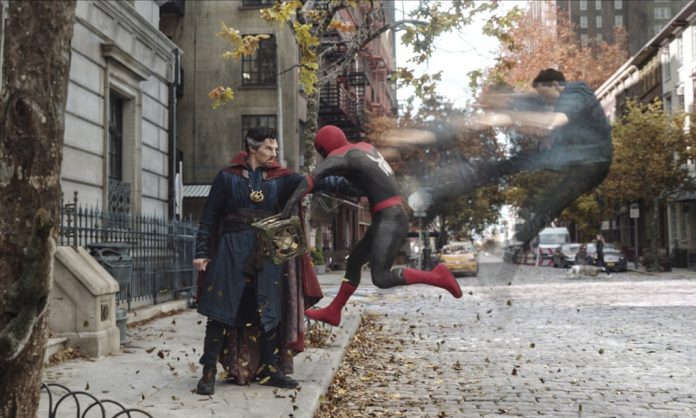 Trying to deduce a movie’s storyline from its trailer is usually a waste of time, particularly considering today’s studios’ proclivity for cheating. These days, there’s a good possibility that promotional material will include footage that doesn’t make it into the finished film… a scenario made even more problematic by reality-bending Marvel superheroes like Doctor Strange’s use of smoke and mirrors.

Even yet, the new teaser for Spider-Man: No Way Home has so much to unpack that it’s worth suspending our disbelief all over again. Has the audio and video been manipulated to prevent too much information from being revealed?

Probably. Is there any evidence of characters acting in ways that will seem different in their ultimate context?

It’s almost certain. Is it possible that the Tobey Maguire and Andrew Garfield versions of Spider-Man are being kept concealed from view? It’s definitely beginning to seem that way.

We do get a glimpse of the Lizard and Sandman, however it’s unclear whether they’re the same actors that portrayed them in 2012’s The Amazing Spider-Man and 2007’s Spider-Man 3, Rhys Ifans and Thomas Haden Church, respectively. But that’s one aspect of No Way Home that’s starting to take shape: Alfred Molina’s Doc Oc from Spider-Man 2, Jamie Foxx’s Electro from The Amazing Spider-Man 2, and Willem Dafoe’s Green Goblin from the original 2002 Spider-Man film are all returning, but Spider-foes Man’s may not be the ones we thought we knew.

Doc Oc has some bizarre new abilities, while Electro gets a new suit. But, perhaps most crucially, there seems to be evidence that all of these supervillains (five of them, mind you, so who else will make up the notorious Sinister Six?) died in a climactic battle with their own universe’s Spidey.

In the instances of Doc Oc, the original Green Goblin, and Electro, this is true, although Curt Connors (AKA the Lizard) was imprisoned rather than murdered following his encounters with Garfield’s version of the wall-crawler, but Sandman was permitted to flee by the Maguire version. So, what exactly is going on?

Could these villains come from different universes that aren’t quite the same as the ones we’ve seen before? That might also explain why Doc Oc seems to be 20 years older than he appears to be in his death scene (as well as the fact that Molina, the actor, has also aged since he last pulled on the robo-tentacles).

If all of these guys are “ghosts,” as Doc Oc claims, it may explain why they are so intent on exacting vengeance on Spider-Man, and why they seem unconcerned about getting offed all over again. It doesn’t explain why Tom Holland’s Peter Parker is so distraught at the idea of them sliding off the Marvel coil once again, unless he’s actually frightened about the deaths of the Maguire and Garfield wall-crawlers (or possibly whole worlds related to them).

We’re still puzzled as to why Doctor Strange is behaving so strangely in this trailer. He doesn’t seem like himself, and it’s easy to believe he’s being controlled by the supervillain team’s missing sixth member.

What is this, the Scarlet Witch? Mephisto? Is Mysterio making a comeback, or is this a genuine outtake?

No Way Home opens in theaters on December 15th, so we won’t have to wait long to find out. In the meanwhile, good luck figuring out what that ambiguous title means: is Peter going to be stranded in one of the other Spider-verses for good? Let’s hope it’s not the little piece of Marvel reality that Sony keeps the rights to, since he’d be sorely missed in the MCU.